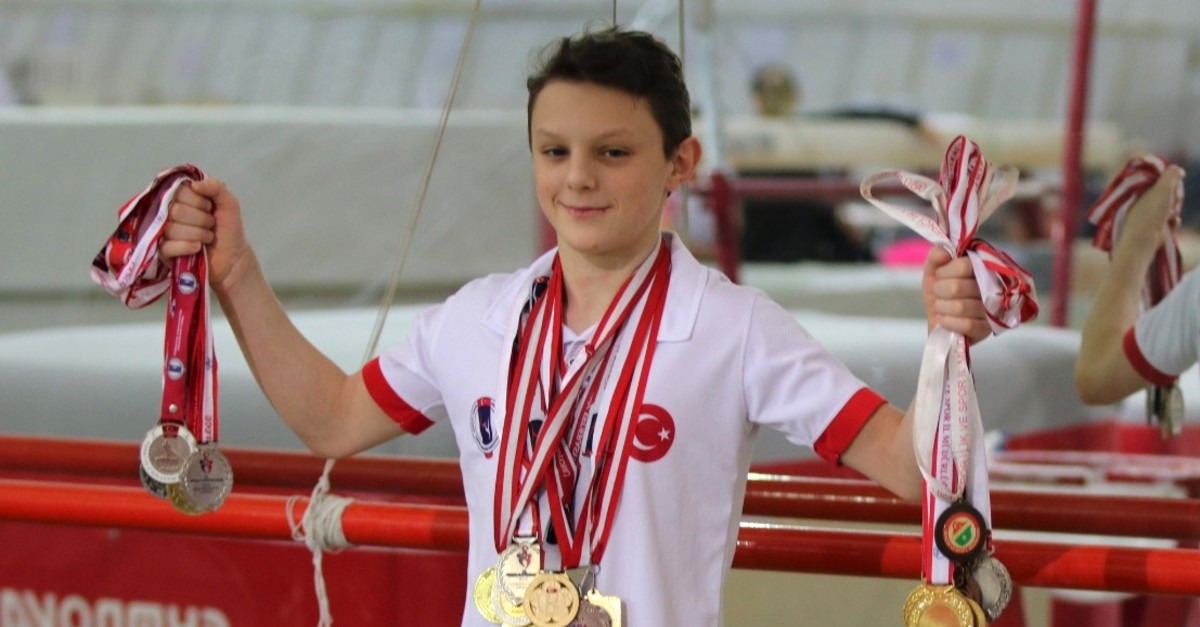 UV radiation from the sun can cause some allergies like skin redness.
by Anadolu Agency May 06, 2019 12:10 am

Baha Çağlayan, a national gymnast who is gearing up for competitions both in Turkey and abroad, has taken home medals from every event he has participated in despite his challenge with diabetes

National gymnast Baha Çağlayan has consistently returned with medals from all of the events he has taken part in both Turkey and abroad despite having diabetes. Baha, a 16-year-old who started gymnastics at the age of 6 with the encouragement of his gymnastic trainer neighbor, was taken to the hospital when he was on holiday with relatives at the age of 7. Tests showed that the young athlete had diabetes. Even though he faced some challenges at first due to his condition, Baha continued his training without giving up gymnastics.

The national gymnast, who continued his daily life, nutrition, and training more carefully, achieved many successes in both domestic and international competitions despite the disease and has become the proud owner of 28 medals.

The young athlete is currently training at the Murat Canbaş Gymnastics Hall in Bolu for about seven and a half hours a day for the Artistic Gymnastics Men's Turkey Youth Cup to be held on May 12 in Bursa, the Artistic Gymnastics Clubs Turkey Championships to be held in Mersin in the last week of August, and the 2024 Olympics. Çağlayan's blood sugar is constantly monitored during training and his program is prepared accordingly. Baha told Anadolu Agency (AA) that he started his gymnastics training thanks to his neighbor, recalling that at first he had a hard time training because of his disease.

"Sometimes my blood sugar drops during training and I can't keep going. Sometimes I can't even train. I have to balance this. I am adjusting my nutrition to my training. I do not have a problem when I fully manage it. Then my blood sugar does not drop. I can give a full performance in training. I do not have a lot of trouble with my diabetes now," Baha said. The young gymnast stressed that his goal was to join the Olympics.

"This year, I am preparing for the Summer Olympics in 2024, as well as competitions to be held in Turkey and abroad. I am doing double training every day. The medals I won are the fruits of my training. I want this year to be good for me," he continued. Baha Çağlayan's coach Ersin Yılmaz, on the other hand, stated that he has been involved in gymnastics for 27 years and coaching for the past 10 years. He underlined that Baha is a very special athlete. "The reason why he is special is not just about his gymnastics. He is an exemplary athlete who can show how he can cope with health problems and overcome obstacles one by one," he added. Noting that Baha has been fighting the disease for a long time, Yılmaz said Baha had a difficult time for a child struggling with health problems. "Training is good for him. His achievements within Turkish borders are not enough for Baha. He must go for the Olympics with European and world championships," Yılmaz further stressed.

His father Sedat Çağlayan also recalled that Baha was hospitalized for 20 days due to his disease, adding that diabetes affected his son's training in this period.

"Baha has recovered over time and his current status is fine. He goes abroad and out of the province and solves everything on his own. Everyone, especially the Gymnastics Federation, supports Baha and contributes to his success," he said.