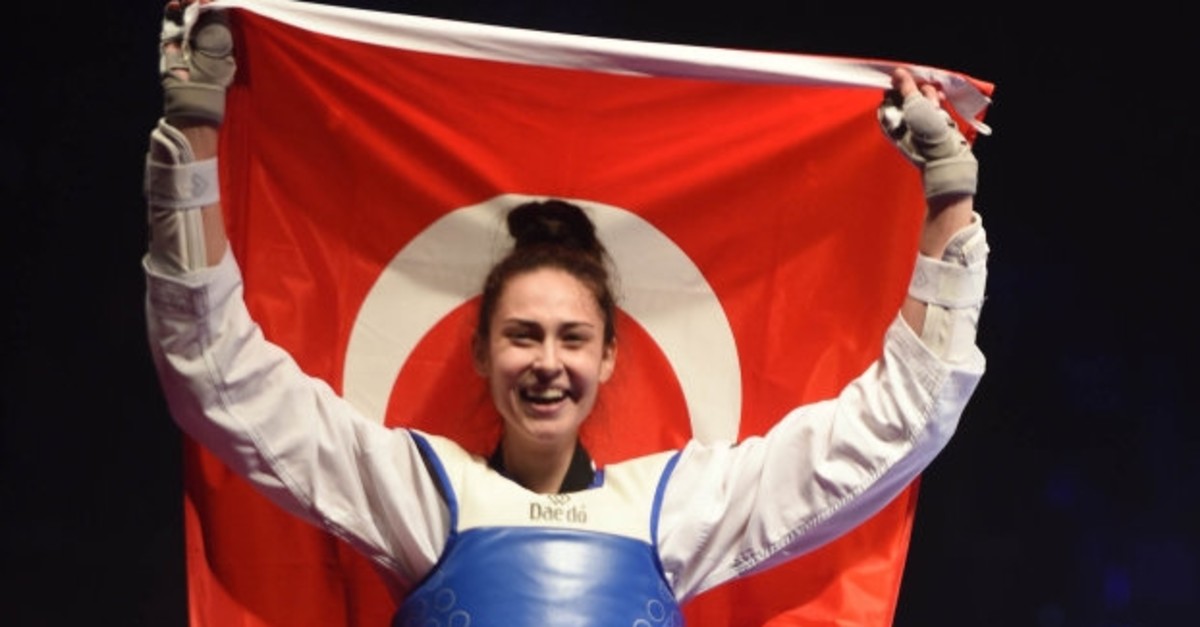 Her radiant smile and confident look while holding the Turkish flag splashed the front pages of sports newspapers. İrem Yaman is undoubtedly the new face of Turkish taekwondo. Finding little coverage in football-mad Turkey, the combat sport has once again made headlines around the country as 23-year-old İrem made history in the World Taekwondo Championship in the United Kingdom last week.

The first Turkish woman to win the world title twice, Yaman is enjoying her days in the spotlight and looks forward to competing in next year's Tokyo Olympics. "I was very, very prepared mentally and you saw it on the mat," she told Anadolu Agency yesterday, four days after she won gold in the 62-kilogram category. Her latest medal will be placed in a display next to her Grand Slam medal, a first for a Turkish female taekwondo athlete, and two consecutive Grand Prix titles.

She hopes to add another gold medal to her collection and become the "first Olympic female taekwondo champion of Turkey." "After 2015 [when she won her first world title], I was working hard but narrowly missed winning in 2017. I learned my lesson and trained harder," she said. "It feels good to be a part of history." "It is the result of devotion that I won gold. I had to work hard and long and did not see my family. I had injuries and the last month of training was disrupted by injuries. It confined me to a low-intensity training. It wasn't my best performance but in the end, I was mentally ready to win," she added.

The World Championship was the most important test in 2019, Yaman said, adding that the next challenge will be the 2020 Tokyo Olympics. "I want to be the first woman to win gold there for Turkey," she said confidently. "People view winning gold medals as a success. For me, it takes more than that. It is parents pointing to me and telling their daughters to be like me that makes me feel I succeeded. I'll be glad if parents encourage their daughters to take up sports after seeing me win medals."