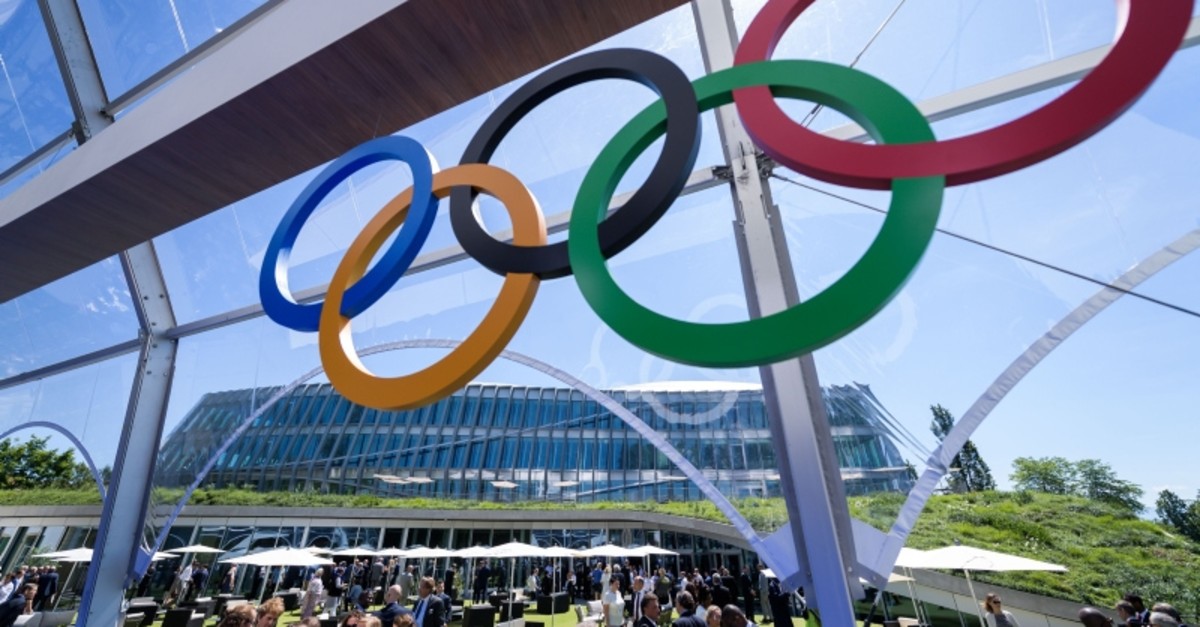 Guests visit and enjoy the garden of the Olympic house, the new International Olympic Committee (IOC) headquarters, after the inauguration ceremony in Lausanne, on June 23, 2019 ahead of the decision on 2026 Winter Games host. (AFP Photo)
by Jun 24, 2019 12:10 am

The International Olympic Committee inaugurated its new headquarters in Lausanne Sunday, the 125th anniversary of the organization which is preparing to select the host city for the 2026 Winter Olympics.

Built at a cost of about 130 million euros, the modern glass and steel structure has a solar-panelled roof and was constructed in the place of the old headquarters on the shores of Lake Geneva. "On this very day ... Pierre de Coubertin founded the International Olympic Committee and revived the Olympic Games," IOC President Thomas Bach said. "He saw this as a way to promote peace among nations and people," the German told an audience of IOC members, international federations and representatives of the 206 national Olympic Committees. "This Olympic House, which we are inaugurating today, is a reflection of this mission and of our values."

According to the IOC, the new building, designed by Danish architects 3XN and inspired by the shape of a dove with a large central staircase made of five rings, meets stringent environmental and sustainability standards. It will house all 500 IOC employees under one roof instead of several locations around Lausanne as was the case in the past. "Of course, we wanted to bring together everyone, the Olympic family and all IOC staff, under one roof," Bach said. "At the same time, we want the Olympic House to incorporate the elements of sustainability, credibility and youth. The building reflects these three elements that are so central to our mission."

After yesterday festivities it is back to business today when the IOC will elect the host city for the 2026 Winter Games with Italy's Milan and Stockholm the only candidates in the race. Four others, Swiss city Sion, Japan's Sapporo, Austria's Graz and 1988 hosts Calgary in Canada, dropped out in mid-race, scared off by the size and cost of the Games.

About 100 members are expected to vote at the IOC session in the afternoon with both Italian Prime Minister Giuseppe Conte and his Swedish counterpart Stefan Lofven in town to support their respective candidacies.