Title frenzy as Turkey seeks to boost quota for Olympics 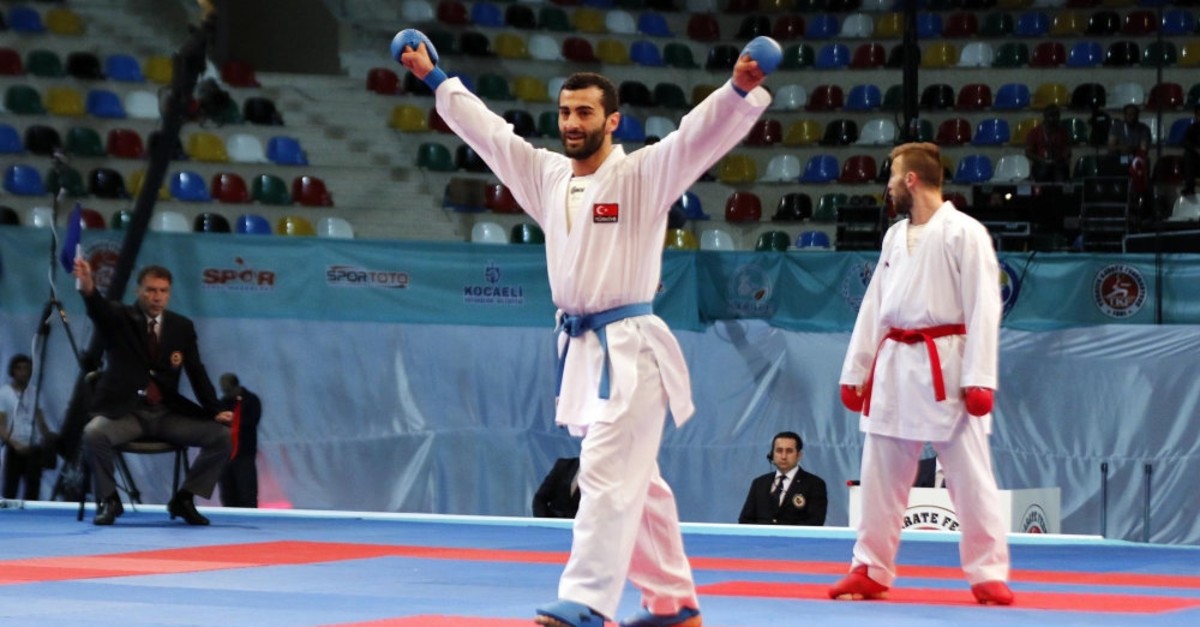 With just over a year left for the 2020 Tokyo Olympics, Turkish athletes from every discipline are working hard to grab their qualification points for the greatest show on earth. The race for the limited quota for each participating country has already started but summer is the busiest time for athletes as multiple events, granting qualification points for the quota are being held across the world.

Results are mixed but Turkish athletes, be them boxers or archers, seek to collect as many points as they can to seal their places in the Olympic.

Turkish martial artists at the Karate 1 A Series in Canada were the latest to boost their standing on the road to Tokyo. Competing against more than 700 athletes from 79 countries, the Turkish team, including 13 men and seven women, secured nine medals at the tournament in Montreal. They won three gold, two silver and eight bronze medals.

Uğur Aktaş brought Turkey a gold in kumite 84 kilograms after he won two silver medals in the Salzburg and Istanbul stages of the series earlier. He beat Italy's Michele Martina 3-0 in the final bout Sunday. Aktaş, who was set to make his European Games debut in Minsk this week, won his sixth medals in seven events this season. Turkey's male kata team also clinched gold medal in the category of combined choreographed movements while Alparslan Yamanoğlu won the title in the male kumite +84 kilograms. He upset local hopeful Daniel Gaysinsky in the final 2-1. In the women's kumite 50 and 55 kilograms, Serap Özçelik Arapoğlu and Tuba Yakan brought home bronze medals respectively.

Jak Ali Harvey was the latest Turkish athlete to bring a medal for his country. He ran 100 meters in 10.42 seconds, winning bronze Sunday.

Mizgin Ay came fourth in the women's 100m secured with a timing of 11.75 seconds. Earlier, the mixed compound team in archery secured Turkey's first bronze medal in the Games.

For Şennur Demir, a place in Tokyo 2020 is worth shedding extra weight. The former European champion boxer, lost 12 kilograms to compete in the 75-kilogram category in the women's boxing at the Olympics. The 36-year-old heavyweight boxer told Anadolu Agency that she decided to lose weight when "there was an opening" in 75 kilograms with fellow boxer Busenaz Sürmeneli, who was set to compete in this category for Turkey, dropped to 69 kilos. "There wasn't a quota in my weight but I really wanted to compete in the Olympics. I am already nearing retirement and I want to crown my career with a title in the Olympics. It will be some sort of final to my career," she says.