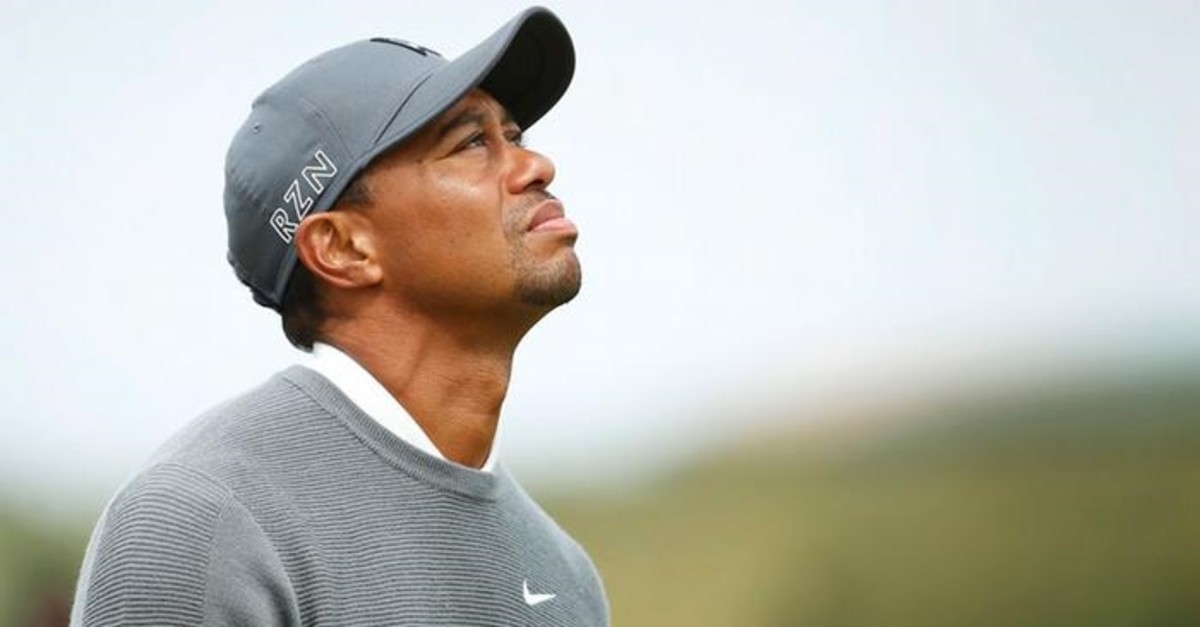 Two years after spinal fusion surgery, Tiger Woods is back as a contender after his Masters triumph as the British Open begins today

Halfway through the final round of last year's Open Championship, a buzz went around Carnoustie. Tiger Woods was in the lead. In his first Open since 2014 because of serious back injuries, the former world number 1 led by a shot at one stage but eventually finished tied for sixth behind the winner, Francesco Molinari.

Having undergone spinal fusion surgery in 2017 and not been sure if he would ever play again, just being in contention for a first major since 2008 gave Woods huge confidence. And the 43-year-old arrives at Royal Portrush as a major champion again, three months on from his stunning victory at the Masters, a win which took his major tally to 15 and represented one of the best comebacks in sporting history.

"It was great to be in that position again," Woods said in Northern Ireland ahead of today's opening round. "I learned a lot. And then at August it just all came together and I was very patient."

Woods has had to learn how to adjust his schedule following his back surgery and since Augusta, he has played just three events, a far cry from when he was in his pomp.

He missed the cut at the PGA Championship, where Brooks Koepka won his fourth major, finished ninth at the Memorial and then tied for 21st behind Gary Woodland at the U.S. Open last month. "This year I made a conscious effort to cut back on my schedule, to make sure I don't play too much," he said. "I want to play as long as I possibly can. You have to understand if I play too much, I won't be out here too long. "The tricky part is trying to determine how much tournament play I need to get a feel for the shots and also understand where my body is."

Woods has been impressed by Royal Portrush, which is staging the Open for the first time since 1951.

Considered one of the finest links courses in the United Kingdom, it is likely to present a true test for the world's best golfers, especially if the predicted winds arrive. The cool weather could cause him a few issues with his back but with precision more important than length, he believes he can contend again.

"It's just part of, unfortunately, dealing with the procedures I've had, and being a little bit older," Woods said. "It (his back) just doesn't move quite as fast when it's a little bit cooler. "But the great thing is playing in an Open Championship, you can do it. Look what Tom (Watson) did at Turnberry (when he finished second in 2009), what Greg (Norman) did at Birkdale (in 2008, when he was third). The golf course is fast enough, even if you don't have the speed to carry the ball. "You just have to navigate the bunkers and navigate around the golf course. And that's true, that's understanding how to play an Open Championship."

Despite his experience and know-how around Open courses, the three-time champion admits that he may be a little underdone. "(My game) is not quite as sharp as I'd like to have it right now," he said. "My touch around the greens is right where I need to have it but I still need to get the ball... the shape of the golf ball a little bit better than I am right now. "Especially with the weather coming in and the winds going to be changing, I'm going to have to be able to cut the ball, draw the ball, hit at different heights and move it all around."

If he hits the front at any stage, just listen for the buzz.