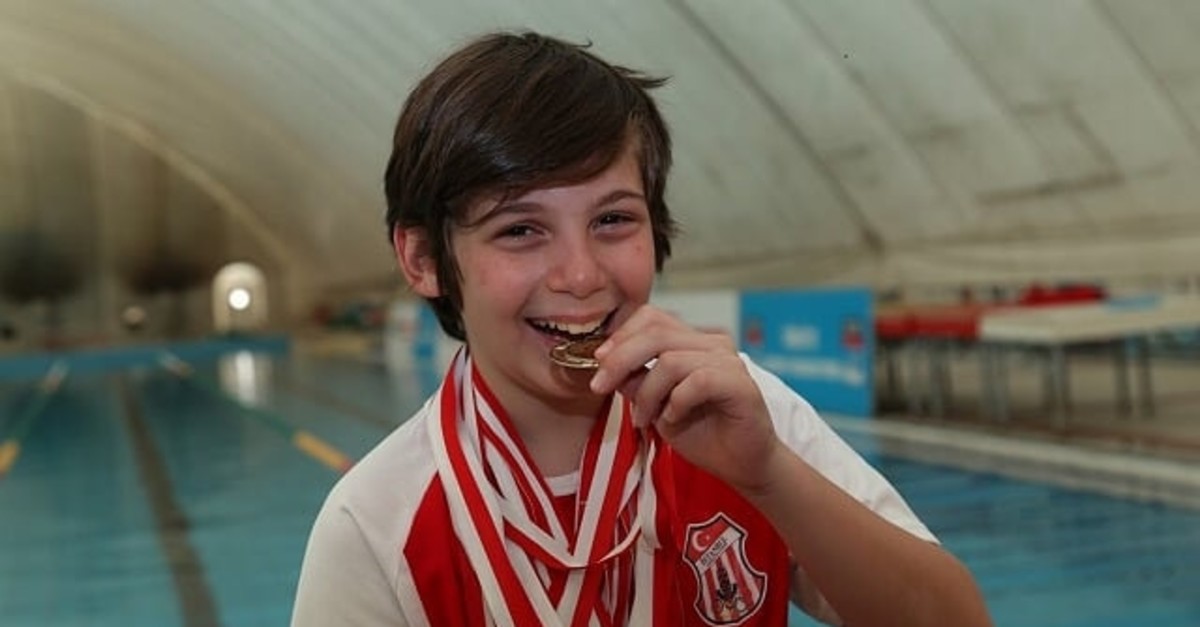 Koral Berkin Kutlu, a 13-year-old swimmer born without his right arm and left leg, was "a concern" for parents of students at his school. Claiming the boy was "affecting the mental health" of their children with his missing limbs, some parents sought to expel him from the school. Ostracized by a community, Kutlu found success in another, in the world of sports. Kutlu made headlines last month when he won 50-meter butterfly silver in the European Para Youth Games in Finland.

However, this is far from his first accomplishment. Kutlu, who took to swimming at the age of 9, won 39 medals by the time he was 12. As for his transfer to another school, under pressure from prejudiced parents, Kutlu won this battle too. In the end, the school administration refused to expel him as laws forbid discrimination toward disabled children at schools. "I didn't know people did not want me there. I learned that they wanted me to go to in my first year at the school but I only found out about it two years ago," he said. Still, he noticed something was different as he said he had a hard time making friends at school. "Now I know that was the reason," the young swimmer says.

His mother Nihan says Berkin was in the fourth grade when they found out about the issue. "The school administration told his swimming trainers about it while they were visiting the school. We didn't know before that some parents wanted him to leave the school and the school principal rejected them," she said. The mother said they were worried at first and then saddened when they saw some students "scared" of her son when they saw his missing limbs. "This only lasted until he started winning medals," she recounted. She pointed out that her son is now admired for his success at the school. "I even see some of his friends sharing photos with Berkin online with his medals and post "this is my classmate," she said.

Koral Berkin says he felt "desperate" when he first heard about people wanting him to go. "This could be bad for my swimming career but I decided to ignore whatever they said, they felt," he said.

His mother said she was concerned because "Berkin has always been an emotional boy." "But I taught him that he can come across bad people in life too and he should stand strong. I think this even motivated him in [winning medals]. It has been a rough 13 years for me but I was patient. It paid off when Berkin succeeded," she said.

"I always dreamed of setting an example for others and it happened. I am very happy. I want to inspire others to take up sports like me," Koral Berkin said. His mother agreed. "People will get used to disabled people the more they see them. So, I call on families of disabled children to take them outside more," she said.