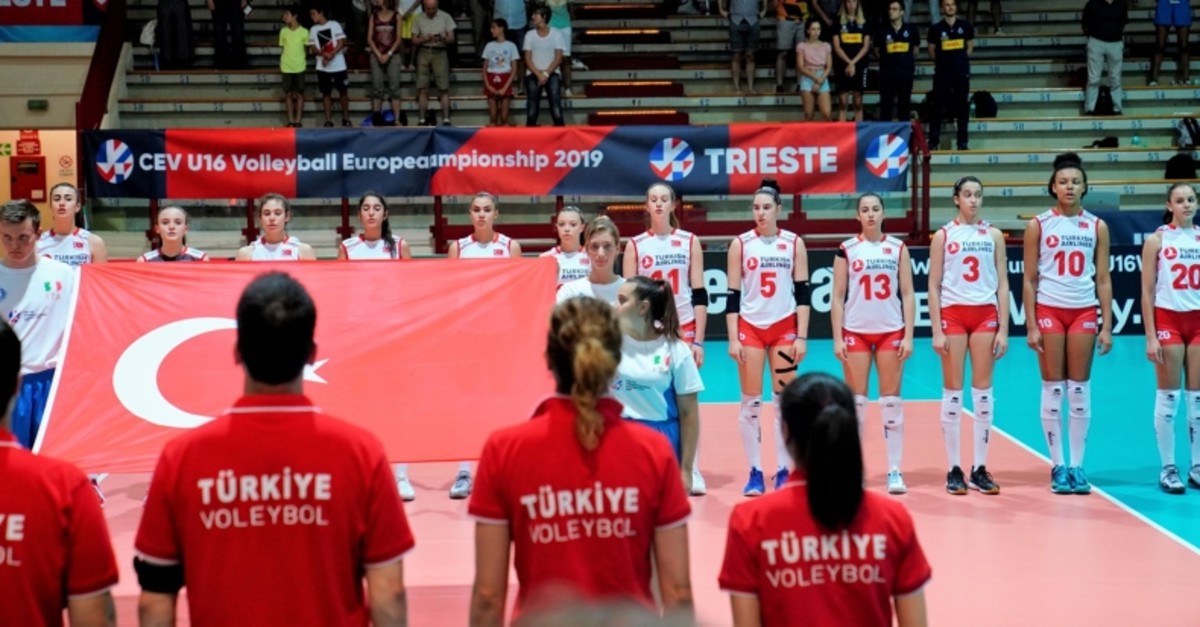 The Turkish women's U16 volleyball team won the European championship on Sunday, defeating co-host Italy 3-0 in the final match.

Turkey's U16 volleyball team toppled Italy 25-20 in three sets to win the title in the Italian city of Trieste.

Italy was shut out 3-0 once before in the tournament to Turkey in the pool phase.

Sunday's win crowned Turkey as the champions in Europe in the U16 women's category.