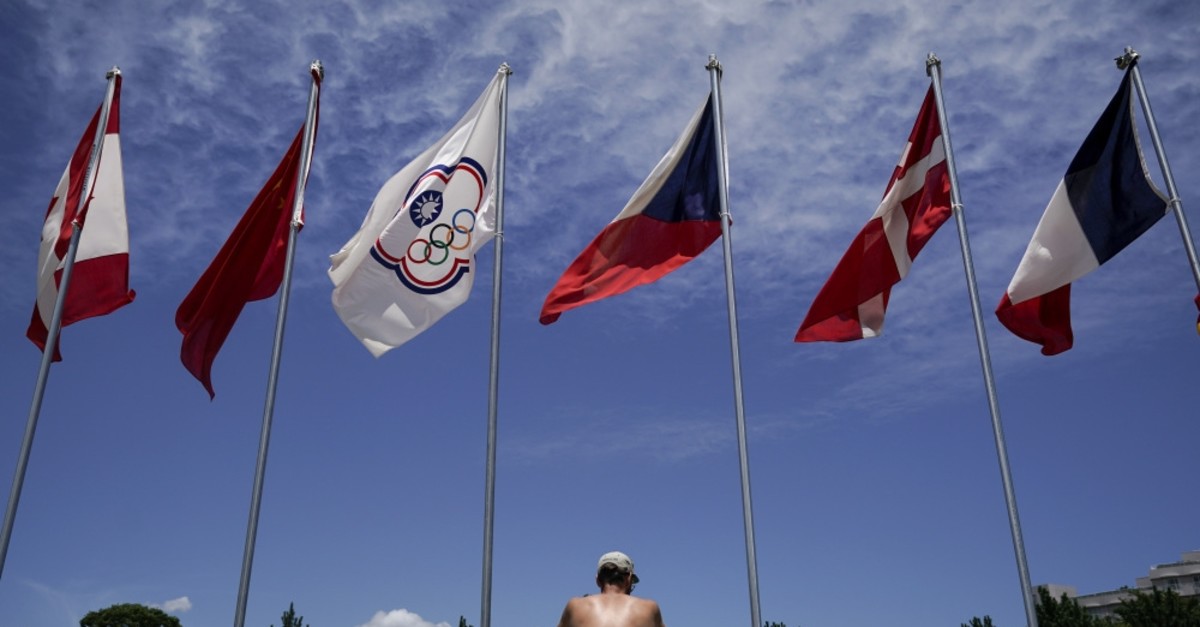 There is only one year for the go to Tokyo Olympics, the biggest sports organization in the world and the authorities are hit by the only thing they did not foresee: Hot weather

The heat is on for organizers of the 2020 Tokyo Olympics. Several days after marking one year to go before the opening ceremony, the notorious Tokyo heat kicked in just in time for a beach volleyball test event that gave organizers a chance to implement their heat counter-measures.

At the Shiokaze Park on Tokyo Bay, the venue for the beach volleyball competition, organizers cooled off the sand with water from firefighter-grade hoses. Some athletes immersed themselves in giant buckets of ice water while others used ice packs to beat the heat.

Volunteers sought refuge in tents that were set up to keep people out of direct sunlight. In the temporary stands set up next to the main court, spectators used hand fans to cool down and were allowed to bring in plastic bottles of water.

Experts have warned the risk of heatstroke in Tokyo has escalated in recent years, while noting the Olympics are expected to take place in conditions when sports activities should normally be halted. 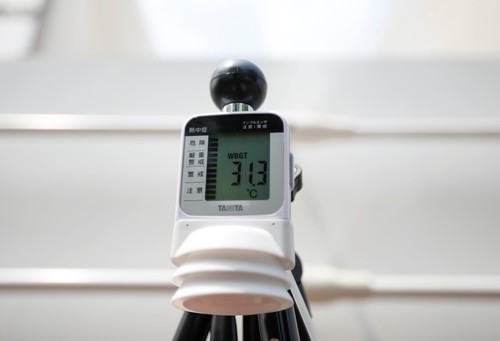 A temperature indicator measures 31.3 degrees Celsius, during a proving test of heat countermeasures for the Tokyo 2020 Olympics in Tokyo, Japan, July 25, 2019.

A prolonged rainy season had kept temperatures in the Japanese capital cooler than normal for July but that came to an end at the start of the four-day event where temperatures shot up to 33 degrees Celsius (91 Fahrenheit) on Thursday with humidity that made it feel much hotter.

Those are precisely the type of conditions athletes, spectators and volunteers will have to contend with in a year.

Norway's Anders Mol, who competed in the test event and will be a medal contender in Tokyo, said the heat made it difficult to stay focused.

"It was very unusual, we've never played in these conditions before," Mol said. "I think we under-estimated it a little bit when we came here. We thought it was going to be OK, hotter than usual, but this makes it really difficult to stay mentally focused all the time. It was difficult today."

And things could be worse.

High temperatures have long been a concern of organizers especially after a historic heatwave hit Japan's capital last summer, with an area near Tokyo seeing a record temperature of 41.1 C (106 F).

The starting times of several events have been pushed back in an attempt to avoid the midday heat. The men's and women's marathons were pushed back one hour to 6 a.m. to mitigate the heat, while the men's 50-km race walk will commence at 5:30 a.m.

Some of the heat counter-measures that organizers will use include using electric fans, large-scale misting towers, and installing special coating over 136 kilometers (85 miles) of roads in the city's center–with reflective material that reduces the surface temperature.

Hidemasa Nakamura, the Tokyo2020 Game Delivery Officer, states the obvious when he says "it is impossible to control the weather.

"I will have to work depending on the situation," he adds. "When the Wet Bulb Globe Temperature (a combination of heat and humidity) exceeds 30, it is better to avoid direct sunlight. So, it is difficult to cover every area, but it is important to install mist stands and make shade. For example, even if people have to stand in a queue, it is important to use these places and communicate with each other. I think there is still room for improvement."

Organizers are also planning to allow spectators to bring bottled drinks into venues, like they did at the test event, a departure from previous games where sponsor and security considerations prohibited such an option.

"It was very hot today," said Katsuhito Kumagaya, a student who came to watch the beach volleyball. "As long as it stays around 32 or 33 it should be OK. But if the temperature goes up like last summer, it will be a real problem."

Tokyo hosted its first Summer Games in the cooler month of October 1964, but that was before the Olympics became big business and TV contracts determined schedules.

Next year's competition featuring 33 sports and 339 events will run between July 24 and Aug. 9, the hottest time of the year.

Last summer, more than 54,000 people were rushed to hospitals for suspected heatstroke and heat exhaustion across the nation in July. Of those, 4,430 came from Tokyo, according to the Fire and Disaster Management Agency.

Still, some athletes at the beach volleyball competition said it wasn't that bad on Thursday.

"The hotter the better as far as we're concerned," said 40-year-old American veteran Karrie Walsh. "We've played in way hotter and wetter weather than this. It's just a mentality, you definitely do your leg work, do the prep, stay hydrated ... but mostly it's all about your mindset and just handling it."