Training on roof and in empty lots, golfers aim for title 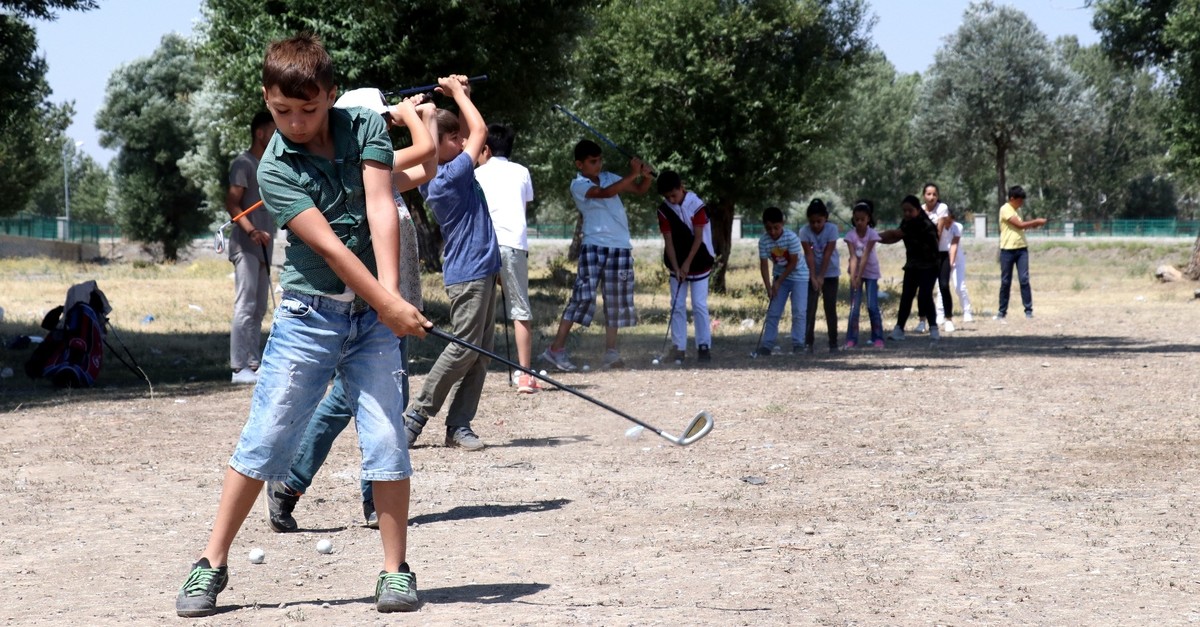 A group of students in Ağrı, an eastern province where golf isn't exactly a favored sport like in other cities, managed to qualify for the Turkish Championship through their own efforts. In the absence of a golf course, students of Ağrı Athletic Golf Club, trained hard on the roof of a school and the uneven surface of surrounding fields.

The club, founded 10 years ago with the support of the Turkish Golf Federation, proved unpopular for years before Mehmet Hanifi Karaoğlan, a physical education teacher, joined. Karaoğlan, who took up the sports three years ago, pioneered efforts to revive golf in the city and formed a new team at the school he worked at. He recruited 25 amateurs and set up a primitive golf course on the roof of the school as well as in the fields around the school. His confidence in the team and personal efforts of each player brought success, in the form of a win and two second spots in a local tournament. The tournament made them eligible for the Turkish Championship that will be held in Istanbul in the first week of September.

"I had a large iron cage built and installed it on the roof so that players could practice. We used it in the winter but this was not enough. We found an empty lot near here and started training three days a week," Karaoğlan outlined his efforts to Anadolu Agency (AA). The teacher discovered new talents during training and said golf was revived in Ağrı thanks to new players. Among them are Muhammet Enes Çelik who won a tournament for young players in the capital Ankara and Kevser Çetin, who secured a second spot. "Qualifying for championship motivated us more and players practice more and more now. These are talented children and they only need support. We need a proper golf course for new accomplishments," he added.

Muhammet Enes Çelik has been involved in golf for more than two years and said he wants a medal in the Istanbul tournament. The young golfer said "patience and determination" brought him the title and said he was excited to compete in Istanbul.

Kevser Çetin, who lives in a village of Ağrı, took up golf three years ago. She said winning a medal in Ankara was "unexpected" for her. "We don't have a good place and equipment for training but I love golf very much," she said. "We want to be fully prepared for the Turkish Championship but we don't even have a course. I practice in the field but the surface is not good. I'd be much better if only there was a course," she said.