Women's volleyball: European giants to battle it out in Ankara 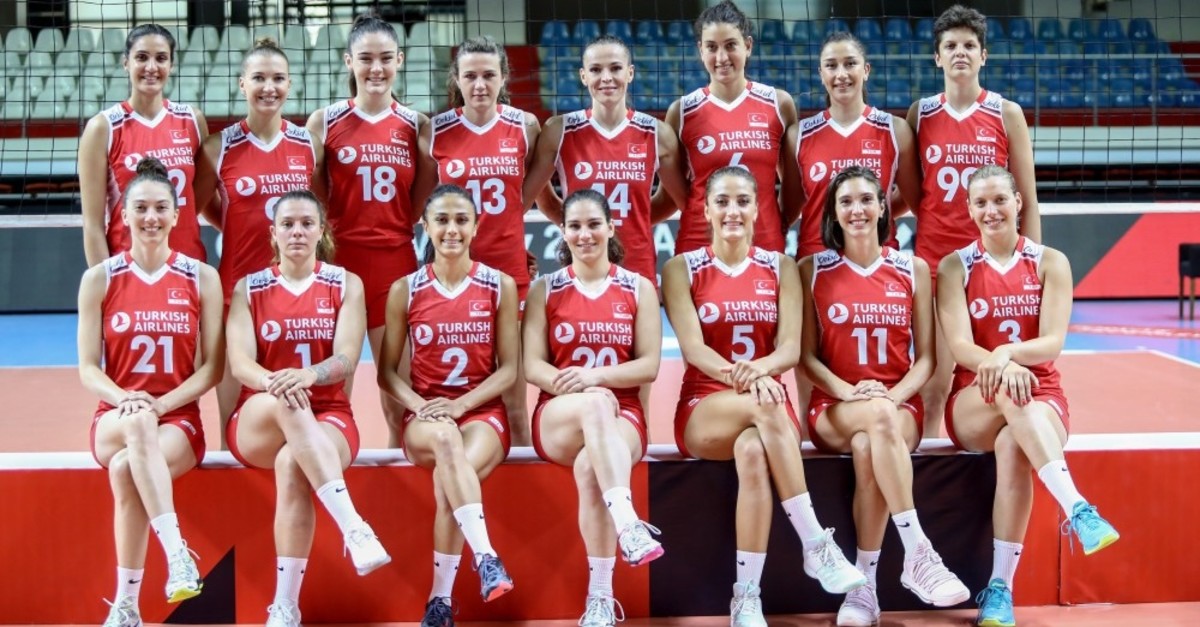 The Turkish national team will take on Bulgaria, Serbia, Greece, France and Finland in Group A. It will be on the court for its first match against Greece today.
by Daily Sabah Aug 23, 2019 12:08 am

The 2019 Women's European Volleyball Championship, the major women's volleyball tournament of Europe, kicks off today in the Turkish capital Ankara. Co-hosted by Turkey, Slovakia, Hungary and Poland, the tournament will be a chance for Turkey's "Sultans of the Net" to show they have come a long way from their last big accomplishment in the tournament. It was in 2003 that the Turkish team was the runner-up in the event, but the team has improved a lot since then with multiple top titles in international competitions.

In the 31st edition of the tournament, which will continue in Hungary's Budapest, Slovakia's Bratislava and Poland's Lodz, teams will compete for last 16 round by securing one of the top four spots in their groups. This year, the number of participating teams increased to 24 from 16 and once they pass the final 16 round, they will be eligible for head-to-head matches for the finals. This is the third time Turkey has hosted the event after 1967 and 2003. Quarterfinals will be jointly held in Poland, while semifinals and the final will be played in Turkey. The Turkish national team will take on Bulgaria, Serbia, Greece, France and Finland in its Group A and will be on the court for their first match today against Greece. Apart from its 2003 success, Turkey reached the semifinals in three of the last four European championships, and it will be their first time against France, Finland and Greece in a continental tournament.

Greece has played in four European championships, finishing last in 1985, 1993 and 2001. Their best result was eighth in 1991. They have lost 22 of their 24 matches at European championships, including defeats in their last 15 matches. Greece's two wins were a 3-2 victory against France in 1991 and a 3-1 win versus Albania in the same year.

Wing spiker Şeyma Ercan says they wanted to "lift the trophy" in the tournament that will end on Sept. 8. "Turkey has top titles in European and world youth championships held in Ankara, and it was incredible to celebrate the trophy win with our fans," Ercan, formerly a member of the youth team, said. "We want to repeat this success. Our fans in Ankara throw great support behind the team," she says. Ercan says they would face "well-prepared" teams, but they were "prepared too." Ercan singles out their upcoming match against Serbia as the most important for them though she acknowledges the challenge of taking on Greece. She describes Serbia as "a tough team." Serbia is the reigning world champion and has three European top titles, from 2011 and 2017. It reached the semifinals in five of the previous six European championships. However, it lost to Turkey 3-0 in the 2019 FIVB Volleyball Nations League.

Ercan pointed out the home court advantage and said they felt "extra powered" for the tournament. "We have a great responsibility to represent Turkey. It is difficult, but it also makes us proud," she said.