One leap at a time: 'Blade Jumper' strives for Olympic dreams 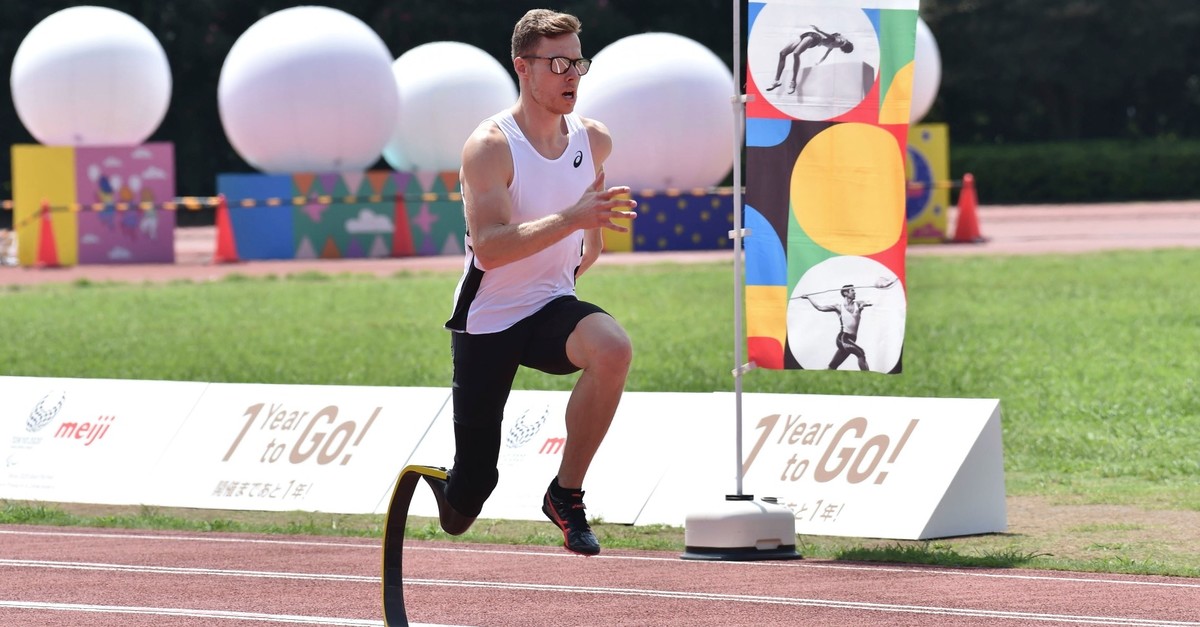 German amputee and triple Paralympic champion Markus Rehm, aka ‘Blade Jumper,' proves the saying, ‘You are your only obstacle,' with his superb long jump performances that frequently surpass able-bodied athletes

Triple Paralympic champion , known as the "Blade Jumper," regularly outperforms able-bodied athletes in the long jump but dreams of beating them on the same stage.

The charismatic German's world-record leap of 8.48 meters last year would have comfortably won him gold at the last three Olympics, and he said he measures himself against the top athletes – Olympic or Paralympic.

"I compare myself to the world's best long jumpers so of course I look at the Olympic athletes," he told Agence France-Presse (AFP) at a training session in Tokyo.

"I see what they do and I will attempt to jump better than them" next year, when the Olympics and Paralympics are held in the Japanese capital.

Rehm lost his right leg in a wakeboarding accident when he was 14 and turned his sporting energies to athletics – to stunning effect.

The 31-year-old had hoped to emulate now-shamed Oscar Pistorius by competing at the Rio Olympics, but he was denied because of concerns that his prosthetic leg gave him an advantage over the other athletes.

"I would even compete without having the chance to win a medal. I would see it as an advertisement (for Paralympians)," said Rehm. 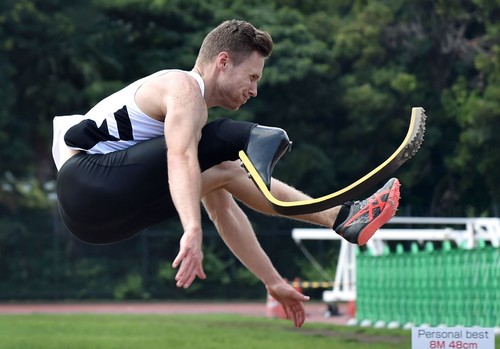 While he has not given up on his Olympic dream, Rehm is now directing his efforts to bringing the Olympics and Paralympics closer together.

He is fizzing with ideas about how to showcase Paralympic athletes alongside their able-bodied counterparts.

"We have to start somewhere. A Diamond League event would be interesting and I think a lot of people in the audience would love to see para sports," he said.

"We can jump the same distances... we can run almost as fast as them." He suggested a 400-meter race pitting wheelchair athletes against Olympians. "They run almost the same time," he noted.

"It has to be more like a show event because we are seeing that not so many people are coming to the stadium to watch athletics. We have to make an event out of it."

Rehm also has a vision of running the Olympics and Paralympics consecutively, scrapping the nearly three-week gap between them. After the Olympic flame is extinguished, there could be a symbolic mixed-relay competition with two Paralympians and two Olympians competing in each team, before the Paralympic flame is lit, he said.

"I think we should still be separate events, because we have different values and messages we spread to the world... But I would like to come closer." Rehm said parathletes now enjoy unprecedented recognition and he was feted by the media in Japan, holding a packed press conference and being filmed by national broadcaster NHK. But while there has been "great progress" in bringing the sports together, things are moving too slowly for Rehm.

"I see bigger possibilities for athletics and it's frustrating that we haven't got further in combining competitions," he said.

"It's going quite slowly and it is a bit too slow for me because I'm not getting any younger," he joked. "Hopefully, I will be an athlete that competes a bit more with Olympics athletes and if not, maybe I can support it from a retired athlete's side."