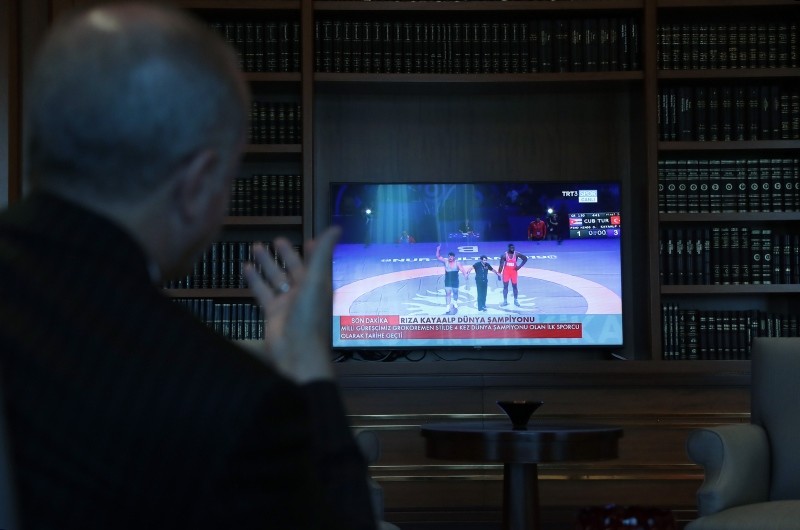 In just about five minutes on Tuesday, Rıza Kayaalp made it into wrestling history at the World Wrestling Championships in Nur-Sultan, Kazakhstan.

With a 3-1 win over his Cuban opponent Oscar Pino Hinds at Barys Arena, Kayaalp became the first Turkish Greco-Roman wrestler to have won four world titles. 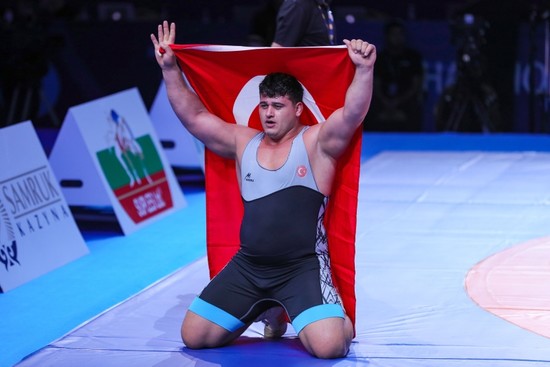 President Recep Tayyip Erdoğan, who tweeted his photos watching the bout with former world champion Yerlikaya, was the first to congratulate Kayaalp as he spoke on the phone with the wrestler as soon as he stepped off the mat after the match. 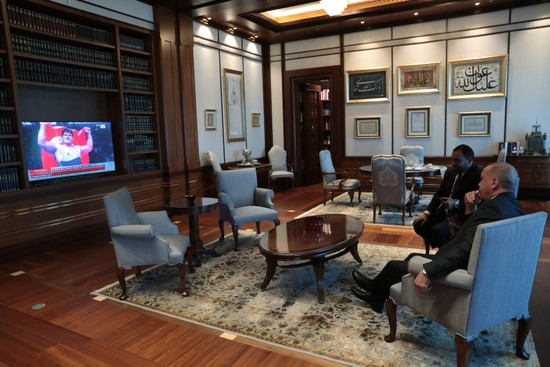 Soon after, the president shared two pictures of him watching the match in his office at the Beştepe Presidential Palace Complex in a tweet. "I congratulate our national wrestler Rıza Kayaalp from the heart for making us proud once again by winning the gold medal for the fourth time at the World Wrestling Championships." Erdoğan wrote. 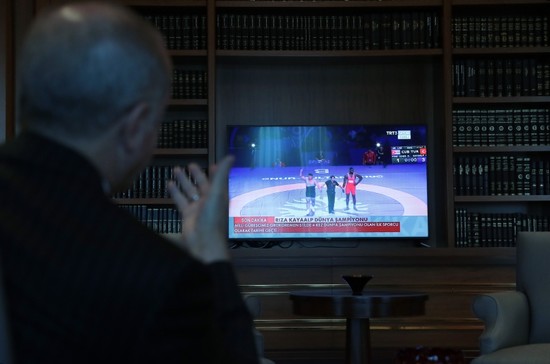 The 29-year-old qualified for the semifinal by defeating his Chilean and Chinese rivals. Kayaalp won his bout against Cuban-Chilean Yasmani Acosta Fernandez in the first round of the tournament that started on Sept. 14 and was set against China's Lingzhe Meng in a match that ended in 4-0. He next took on Georgian wrestler Iakobi Kajaia who he went on to defeat 5-1 in the quarterfinal.

Kayaalp challenged Germany's Eduard Popp in the semifinals and after a 1-0 victory in the first round, he breezed past Popp with a 4-1 bout and secured a spot for the Tokyo 2020 Olympics.

With the victory, Turkey completed its Greco-Roman competitions in the world championships with one gold and one bronze.