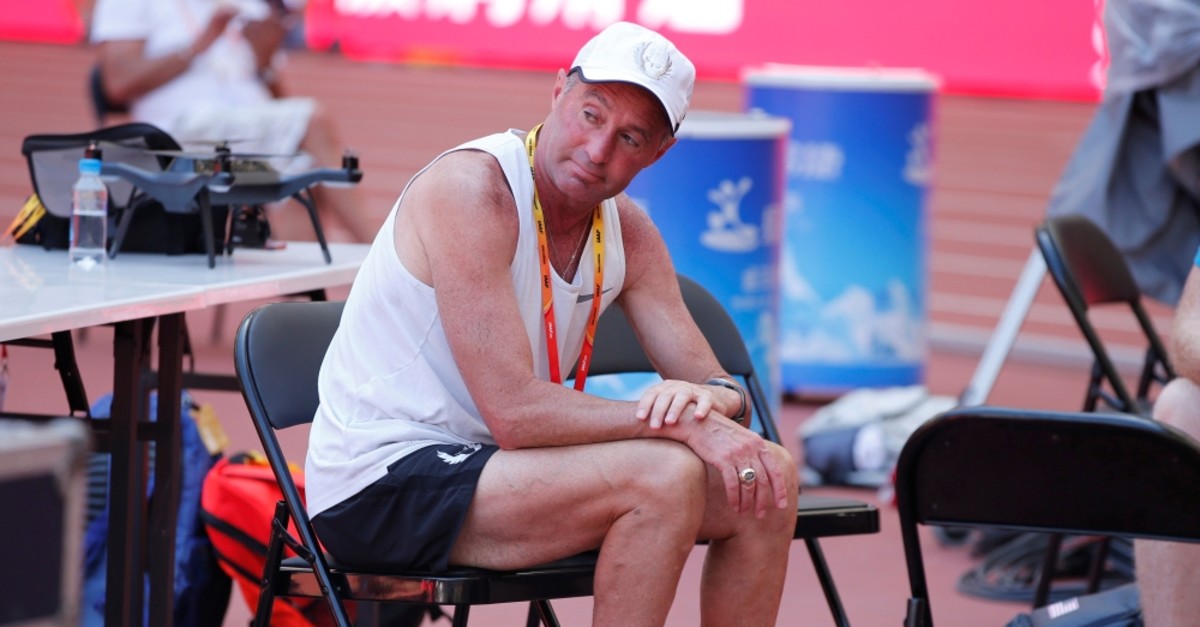 Track coach Alberto Salazar, who trained four-time Olympic champion Mo Farah and a number of other top runners, has been given a four-year ban in a case pursued by the U.S. Anti-Doping Agency. USADA said in a news release Monday that an arbitration panel decided on a four-year ban for Salazar and endocrinologist Jeffrey Brown for, among other violations, possessing and trafficking testosterone while working at the Nike Oregon Project (NOP), where they trained top runners. Brown did consulting work for the NOP and was a personal physician for some of the runners.

A four-year USADA investigation began after a BBC report that detailed some of Salazar's practices, which included infusions of a legal supplement called L-carnitine that is supposed to enhance athletic performance. The BBC said marathoner Kara Goucher and a former NOP coach, Steve Magness, were among the witnesses who provided evidence for the case. USADA said it received information from 30 witnesses.

UK Athletics had done its own investigation into Salazar and given Farah, who runs for Britain, the OK to continue working with him. Farah parted ways with Salazar in 2017, saying he wanted to move back home.

Salazar also coached 2012 Olympic silver medalist Galen Rupp. Salazar, Rupp and Farah have, in the past, strongly denied any wrongdoing.

USADA said it relied on more than 2,000 exhibits between the two cases and that proceedings included nearly 5,800 pages of transcripts. "The athletes in these cases found the courage to speak out and ultimately exposed the truth," USADA CEO Travis Tygart said. "While acting in connection with the Nike Oregon Project, Mr. Salazar and Dr. Brown demonstrated that winning was more important than the health and wellbeing of the athletes they were sworn to protect."

In a statement released by NOP, Salazar said he was shocked by Monday's outcome. He said throughout the six-year investigation, he and his athletes "endured unjust, unethical and highly damaging treatment from the USADA." Salazar denied Tygart's assertion that winning was put ahead of athlete safety and said he always made sure the WADA code was strictly enforced. He said he will appeal. "The Oregon Project has never and will never permit doping," Salazar's statement said. "I will appeal and look forward to this unfair and protracted process reaching the conclusion I know to be true."