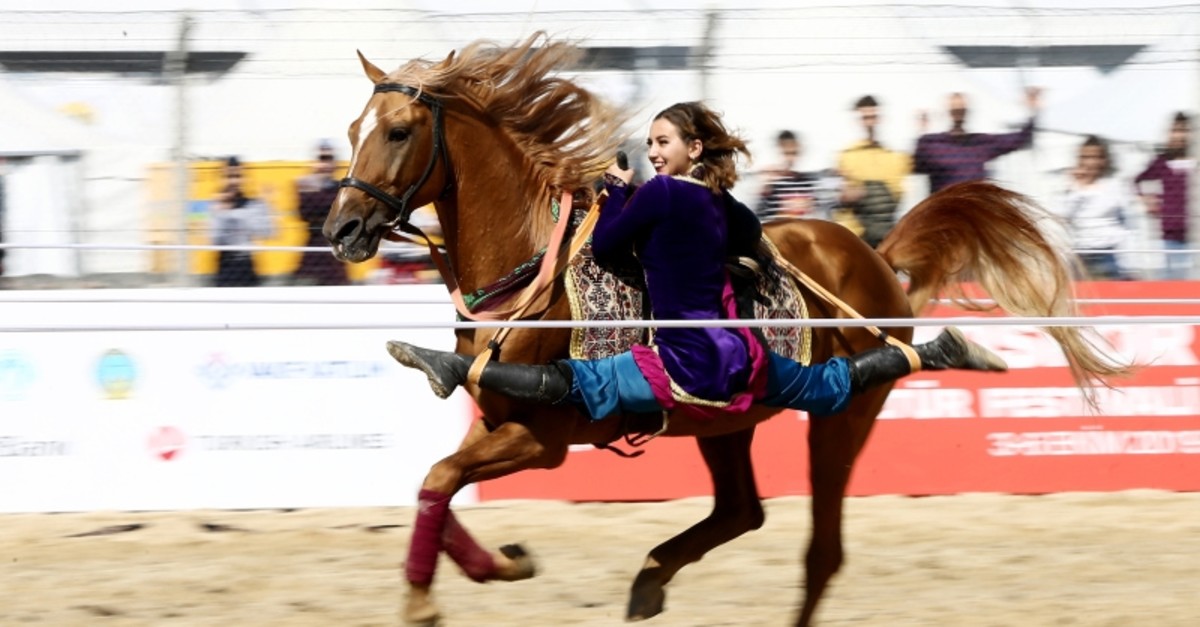 The festival, held between October 3-6, was a showcase of Ethnosports or ethnic sports particular to a country and dating back to centuries ago. The fourth edition of the event, which was organized by the Istanbul-based World Ethnosports Confederation, was held at Istanbul's Atatürk Airport.

Visitors had the opportunity to watch sports competitions ranging from belt wrestling to mounted javelin throwing and archery, from Argentina's pato to a game from the Turkic world where competitors try to grab a ball from each other while riding horses.

The festival offered numerous cultural events alongside the sports and also hosted venues promoting the cultures of the 16 countries participating in the event, from their customs to cuisines.