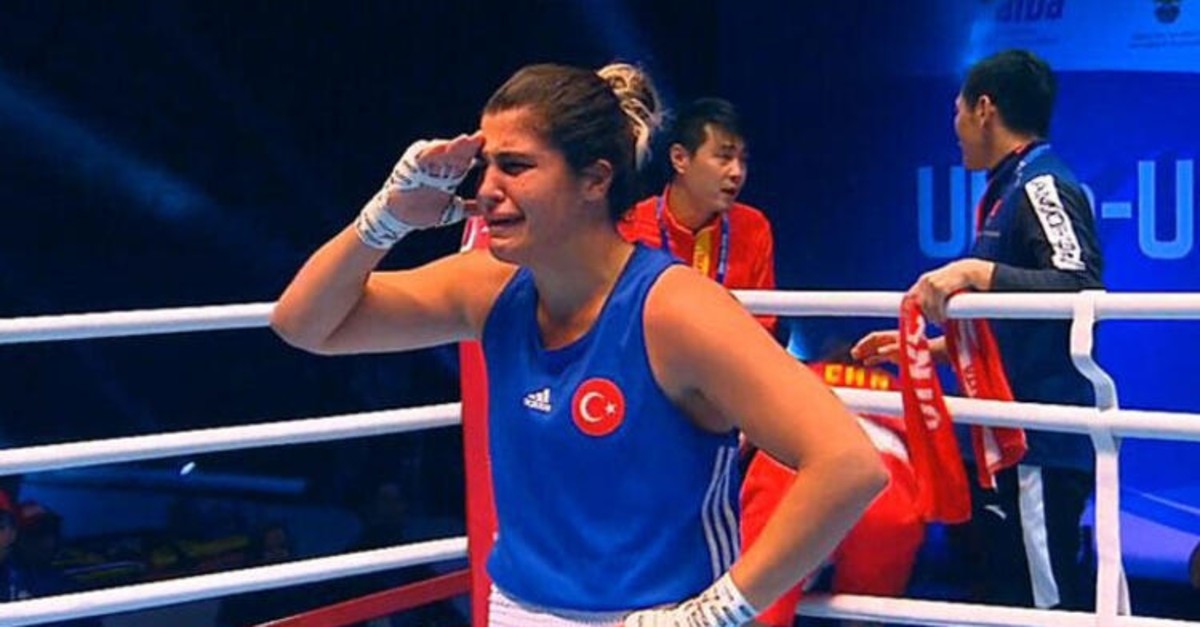 Turkey's Busenaz Sürmeneli has claimed the gold medal in the Women's World Boxing Championship in the 69-kg category after defeating Chinese opponent Liu Yang in the final.

Sürmeneli defeated Yang with her outstanding performance in all three rounds in the championship held in the Russian city of Ulan Ude.

After her final round, she broke out in tears of joy and honored the Turkish Operation Peace Spring in northern Syria with a military salute.

This is was 21-year-old Sürmeneli's debut world championship.

Meanwhile, another Turkish athlete Elif Güneri lost the final match in the 81-kg category against her Russian rival Zenfira Magomedalieva and took home the silver medal.