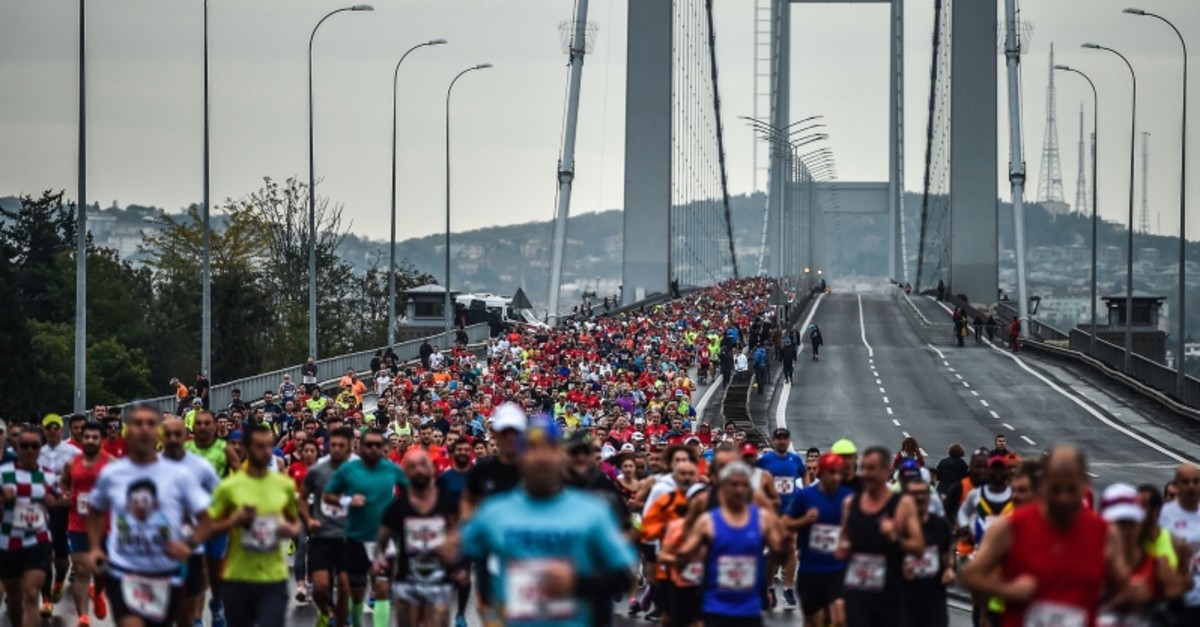 The Vodafone Istanbul Marathon, slated for Nov. 3, is set to attract some 37,000 runners from around the world.
Runners from 106 countries and all around Turkey will participate in the 41st edition of the race. The registration process closed on Sept. 30 but organizers are offering a second chance to runners to sign up from Oct. 31 to Nov. 2 at the Marathon and Sports Fair, which will be held at Istanbul’s Avrasya Show and Arts Center, in exchange for donations to charities.
Held under the motto of “Istanbul is Yours, Don’t Stop, Run,” the marathon primarily aims to attract runners who will compete for charities. Last year, charities collected a total of TL 12.1 million in donations and this year, they expect to collect at least TL 15 million.
Regarded as one of the best marathons in Europe, the race takes competitors through a route connecting the Asian and European continents, crossing a bridge over the Bosporus. This year’s race will be a showcase for past winners who will try to best each other.
Among them are 2015 winner Elias Kemboi Chelimo, 2016 winner Evans Kiplagat, 2017 winner Abraham Kiprotich and last year’s winner Felix Kimutai. Several celebrities are also expected to run in the marathon, including Süper Lig Medipol Başakşehir player Gökhan İnler, who will compete in the 15K category for his sports and education charity.
Participants will compete in three categories including the full 42-kilometer marathon, a shorter 15-kilometer race and a public run, which will be held on an 8-kilometer route. The main stage will start near the Asian side of July 15 Martyrs Bridge on the Bosporus and will end at the historic Sultanahmet Square.
The 15K marathon will start on the bridge and will end at Yenikapı Square, a large open-air space on the European side, usually reserved for political rallies. The public run will start from Altunizade district on the Asian side and end near Dolmabahçe Palace, an Ottoman-era palace on the European side.
Foreign winners of the race will be entitled to a prize of $50,000 while Turkish winners will receive TL 50,000.
Last Update: Dec 20, 2019 1:07 am
RELATED TOPICS