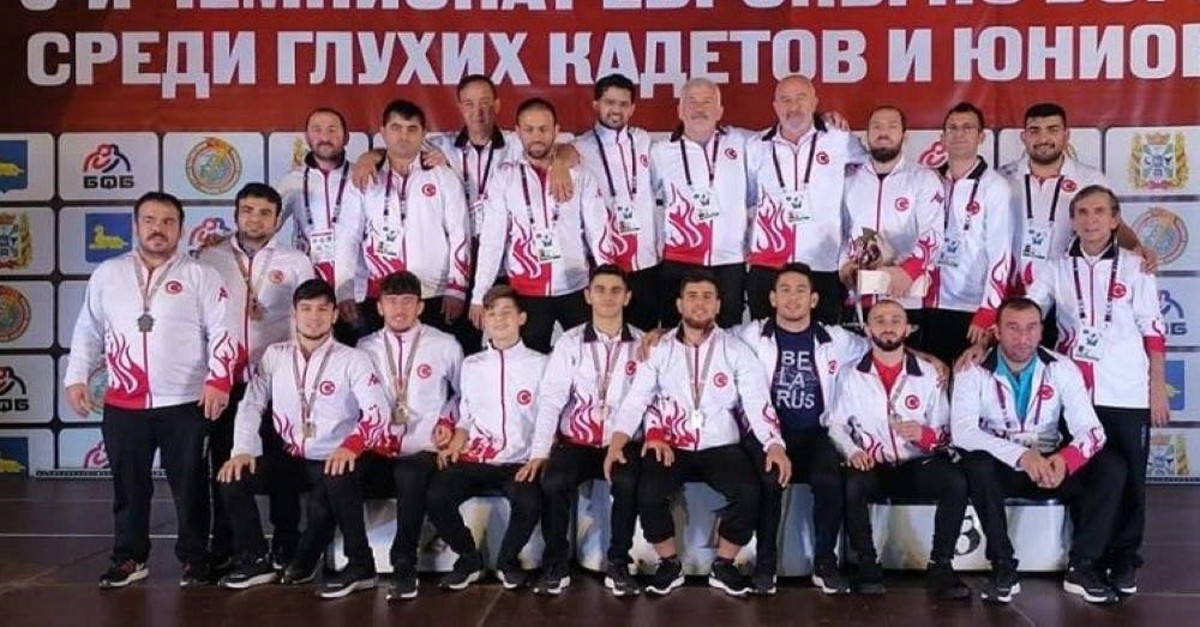 Wrestlers and trainers pose on the final day of the tournament, Gomel, Nov. 3, 2019. (DHA Photo)
by Daily Sabah Nov 04, 2019 3:47 pm
The European Deaf Wrestling Championship that ended on Sunday was a medal bonanza for Turkish wrestlers. Turkey won 35 medals including eight gold in the tournament that ran in Gomel, Belarus from Oct.28 to Nov. 3.
The wrestlers secured eight gold, 10 silver and 17 bronze medals. Muhammed Akdeniz, who won gold in the Greco-Roman style in Deaflympics 2017, won another gold in Belarus.
Deaf sports rarely get attention in Turkey where wrestling is viewed as “national sport” but Turkish athletes made their mark in international competitions anyway. Since first participating in the Deaflympics in 1989, Turkey has won more than 84 medals and won the right to host the most prestigious event for deaf sports in 2017 in the northern city of Samsun.
Last Update: Dec 20, 2019 1:26 am
RELATED TOPICS