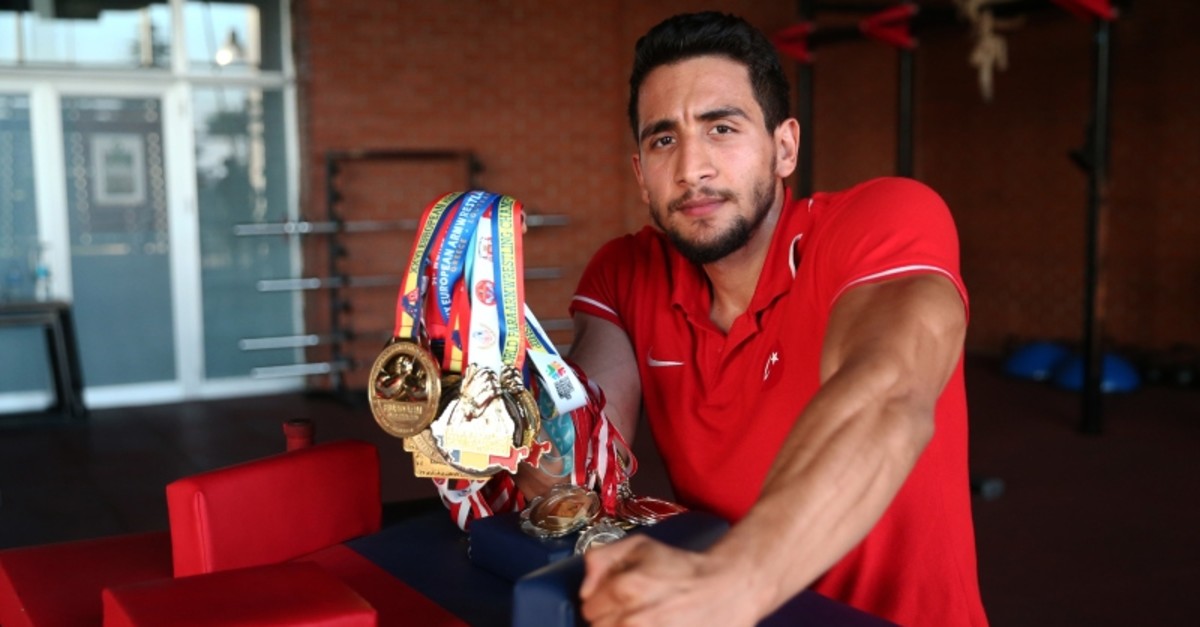 A handicapped Turkish arm wrestling champion dubbed the “iron wrist” has won a total of 25 medals, including European and world championships over the course of his sports career in the past seven years.
Fatih Kamuz from southern Turkey’s Adana province started pursuing his arm wrestling career when he was 15-years-old, after being encouraged by his friends.
Kamuz told Anadolu Agency (AA) that he first attended a competition in Turkey’s Karabük province, then continued his adventure, by participating in various competitions for handicapped athletes and others.
Highlighting the importance of persistent training, Kamuz underlined that each sports field should be performed with consciousness.
The national athlete has won eight medals in competitions held across Turkey while he also received some 17 medals, including eight gold, in championships held worldwide.
The 22-year-old athlete, who uses both of his arms in competitions most recently won a gold medal in the 55-kg category in the World Championship held in Romania last week.
The national athlete made a military salute after receiving his medal in support of Turkey’s counterterrorism efforts and as a means to display his respect to the fallen soldiers.
“Before the matches started, my only goal was to become the world champion and salute the soldiers,” Kamuz said, adding that this was his motivation to concentrate during the competitions.
Kamuz also said that his next goal is to become an Olympics champion if the arms wrestling category is included in the Paralympic Olympic Games.