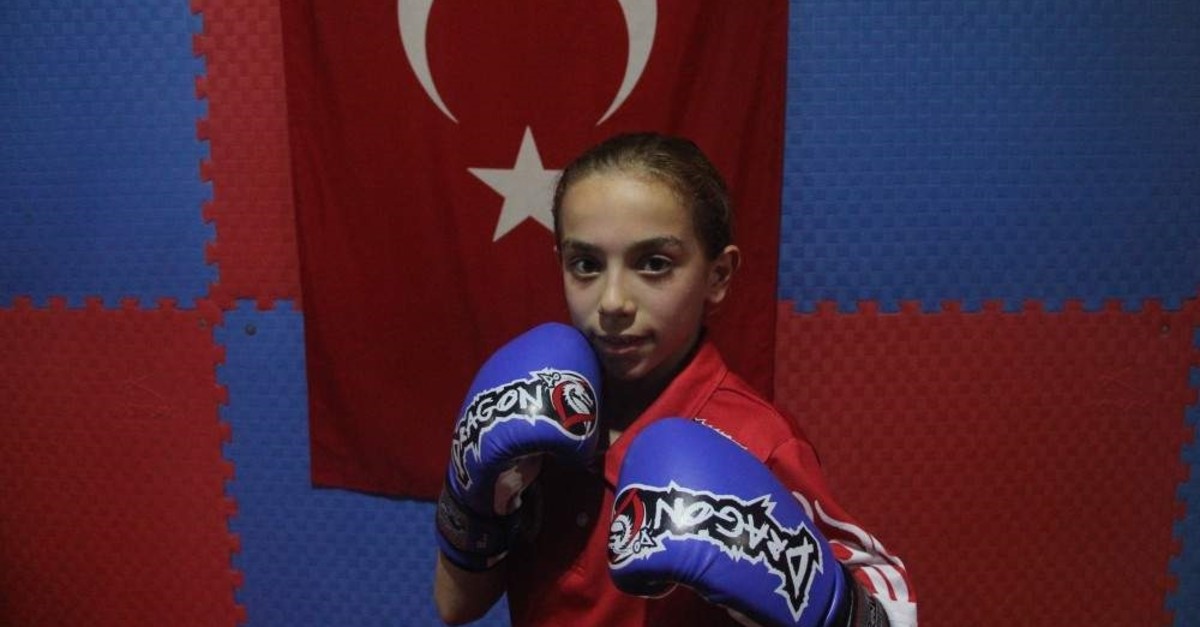 An 11-year-old Turkish girl, with no prior martial arts experience, has claimed a Muay Thai world title only nine months after her parents signed her up for training.
Zeynep Çam from northern Turkey's Samsun first started training at Kartalspor after she was diagnosed with hyperactivity.
However, Çam quickly caught the attention of her trainer and started an intensive training program to prepare for the world championships.

Çam’s hard work paid off when she became first in the 30-kilogram category of the Youth World Muay Thai Championship held in Antalya last month.
More than 800 athletes from 65 nations participated in the event.
Speaking to Anadolu Agency, Çam’s trainer Zahid Durgut said her determination was the key to her success.

Durgut said Çam never missed a training session and was determined from the start. "She even participated in qualification matches with a broken toe," he said.
"She did much better than anticipated in the championship. She knocked out two of her opponents and claimed two straight 3-0 wins. We are really proud of her,” he added.

Çam said she was proud to win the gold medal and that she was looking forward to the next competition. “I began practicing this sport just nine months ago. During this time I became first in my city. After that, I became second in Turkey. Now, I have won the world championship. It was really exciting for me,” she said.