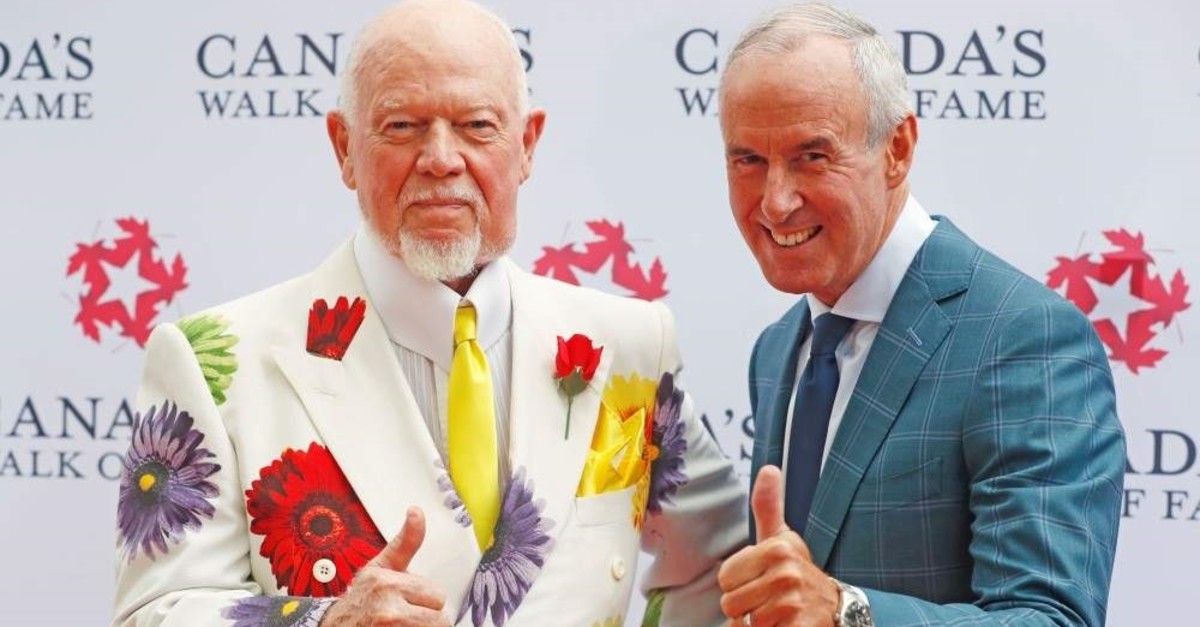 A legendary Canadian ice hockey commentator was fired Monday from a longtime broadcasting gig over an on-air rant chiding new immigrants for not wearing poppies to honor fallen soldiers and veterans.

Don Cherry was sacked because of the "divisive remarks" he made during a break in a National Hockey League game on Saturday.

"Sports bring people together. It unites us, not divides us," Sportsnet President Bart Yabsley said.

Cherry, immediately recognizable in his flamboyant custom-made suits, has courted controversy with his outspoken manner and opinions during intermission segments of Hockey Night in Canada for nearly four decades.

His comments about fighting in hockey, women journalists in dressing rooms and French-Canadians have frequently landed him in trouble.

But the 85-year-old former NHL player and coach's latest tirade provoked a big backlash from the public, politicians and the National Hockey League.

In it he singled out people he believed to be immigrants in the Toronto area for not wearing a poppy on their lapel for Remembrance Day, and in turn not supporting veterans. That holiday, known as Veterans Day in the U.S., was celebrated Monday.

So many complaints were filed with the Canadian Broadcast Standards Council that the watchdog said it had to shut down its online reporting tool because they had "exceeded the CBSC's technical processing capabilities."

Defense Minister Harjit Sajjan took to Twitter to highlight examples of immigrants who fought for Canada, and said "diversity is our strength and our proud military history shows that."

Sportsnet and Cherry's co-host Ron MacLean apologized for his remarks, calling them "hurtful and prejudiced," while the NHL called them "offensive."

But Cherry himself has refused to walk back his comments, telling the Toronto Sun: "I know what I said and I meant it."

The poppy as a symbol stems from the opening line of Canadian officer John McCrae's war poem "In Flanders Fields."

They are predominantly worn in Commonwealth nations such as Australia, Canada and South Africa to commemorate the armistice that ended the First World War.

"You people... you love our way of life, you love our milk and honey, at least you can pay a couple bucks for a poppy or something like that," Cherry said during Saturday's broadcast.