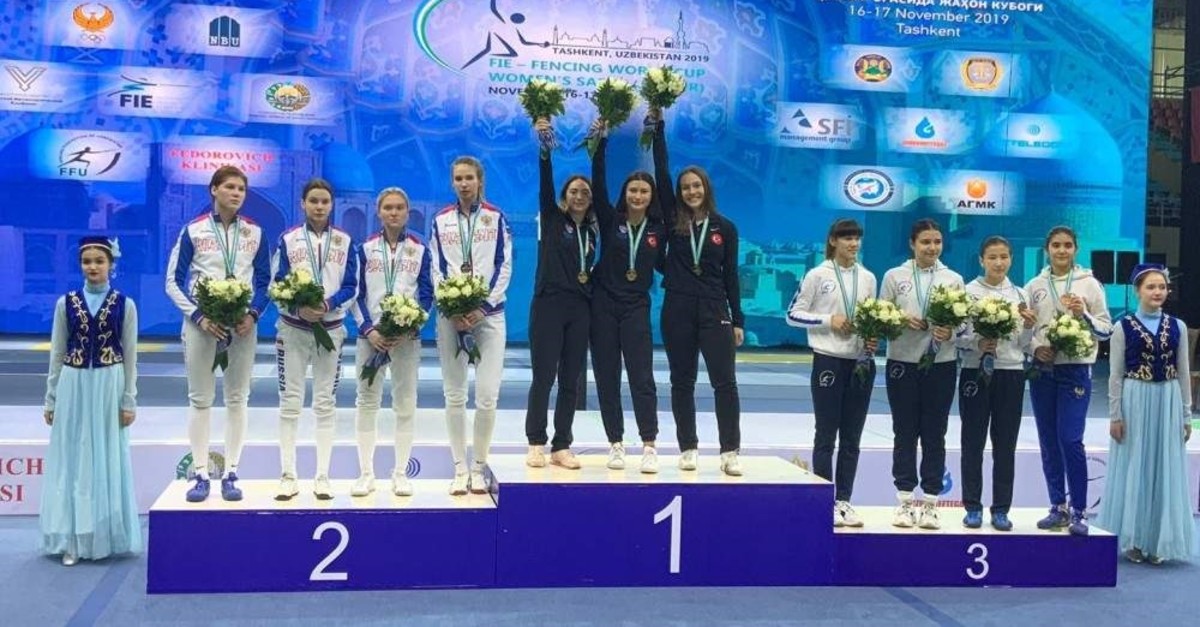 The team – made up of three athletes, Deniz Selin Ünlüdağ, Aylin Çakır and Nisanur Erbil – received the champion title at the competition held in the Uzbek capital Tashkent.

The national team took the championship after defeating their Russian competitors 45-34 at the finals.

Turkish Fencing Federation Chairman Murat Atalı congratulated the national fencers, saying the federation will continue its activities with faith in its athletes.

During the awards ceremony, the team performed a military salute out of respect for fallen Turkish soldiers.