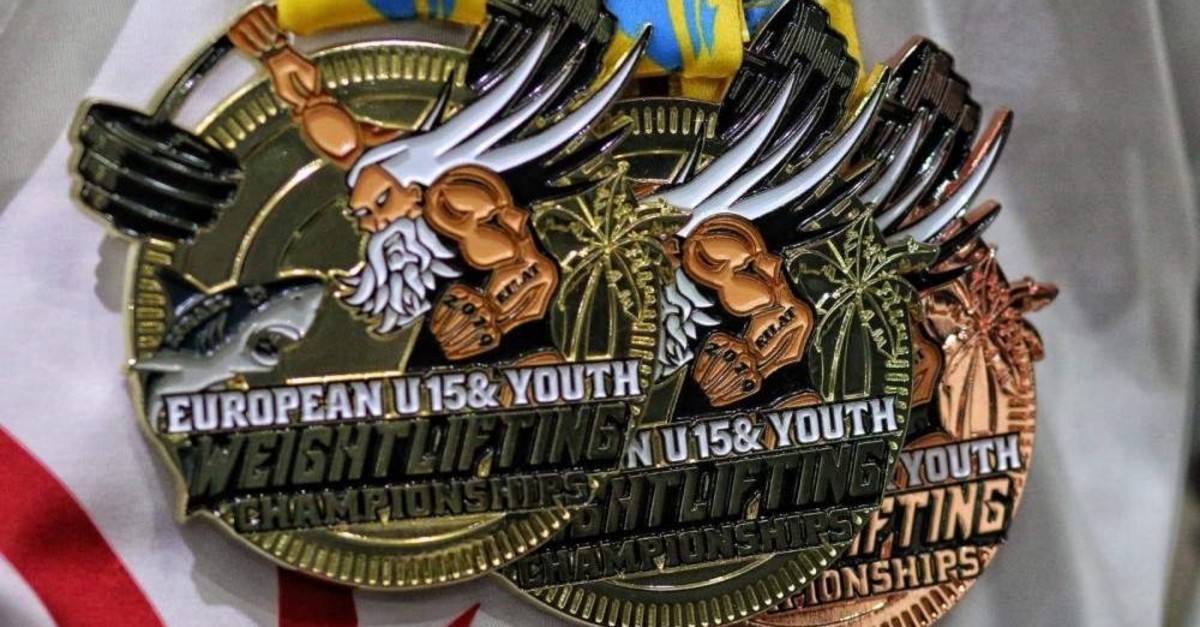 Turkish national weightlifters won a total of 71 medals, including 19 gold, 26 silver and 26 bronze in the EWF Youth and U15 Weightlifting Championships held in Israel.
by Daily Sabah Dec 15, 2019 2:34 pm

Turkish national weightlifters won a total of 71 medals, including 19 gold, 26 silver and 26 bronze in the European Weightlifting Federation (EWF) Youth and U15 Weightlifting Championships, the Turkish weightlifting federation said in a statement Sunday.

The championship, which was attended by 498 athletes from 37 countries, was held between Dec. 6 and Dec. 14 in the Israeli city of Eilat. Turkey sent a total of 40 athletes, 20 male and 20 female, who went on to win the most medals as a national team in the country's sporting history.

Among country rankings, the Turkish female team came on top with 680 points, while the male team ranked third, with 667 points, following Russia and Armenia.

The female team under-15s ranked second with 691 points, after the Romanian side, while the men's under-15s trailed only Russia with 700 points.

Speaking on the results, Turkey Weightlifting Federation Chairman Tamer Taşpınar said that the national athletes had rewritten history.
“Winning 71 medals at the European championship is a very significant achievement,” Taşpınar said, congratulating the athletes, coaches and technical committee who contributed to the success.