From Liverpool to Toronto Raptors: The highlights of 2019 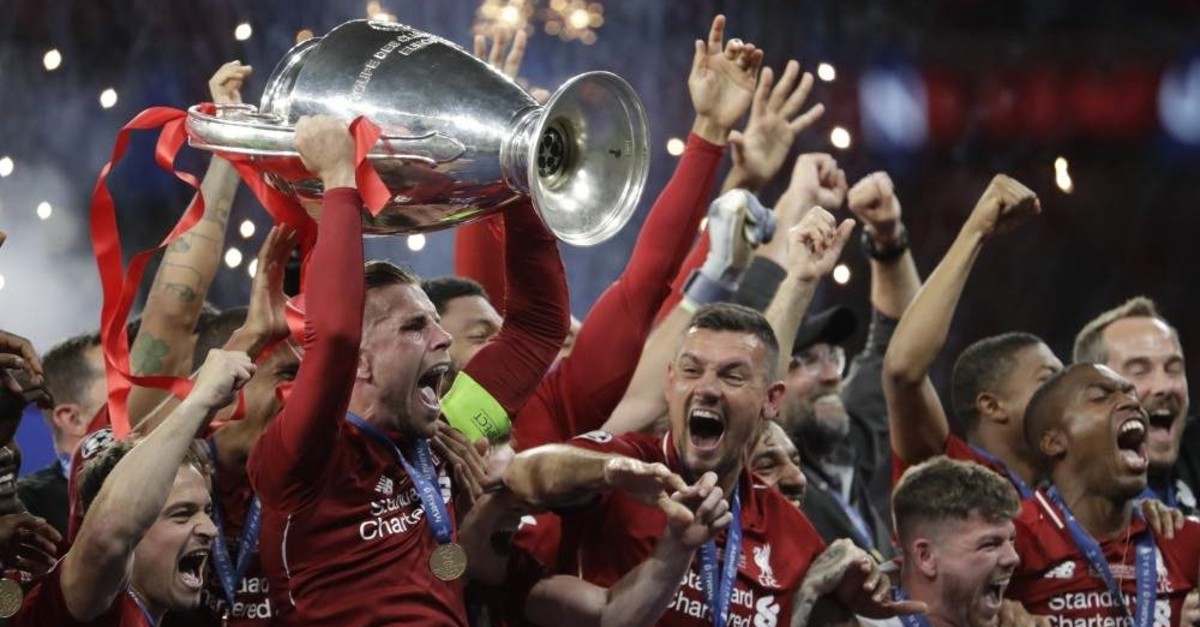 Liverpool's players celebrate with the trophy after winning the Champions League in Madrid, June 2, 2019. (AP Photo)
by Daily Sabah with Agencies Jan 02, 2020 12:57 am

While 2020 is set to be a big year for sports fans around to world with the upcoming Tokyo Olympics and the European Football Championship, 2019 will be a year fans will look back on fondly. From Liverpool's Champions League win to Tiger Woods' comeback, here are some of the big sporting moments of 2019:

A year after losing the Champions League final, Liverpool seemed down and out in the semis as they lost the first leg 3-0 at Barcelona. But they staged an improbable comeback at Anfield, winning 4-0 – the last goal from Divock Origi off a corner, which made Barca look like schoolboys.

Manager Juergen Klopp said: "I said to the boys before the game: 'I don't think it's possible but because it's you, I think we have a chance,' because they are really mentality giants." They went on to lift the trophy a sixth time, 2-0 over Tottenham in Madrid. The Europa League final was also an all-English affair, Chelsea beating London rivals Arsenal 4-1 some 3,000 kilometers away in Baku.

Then-world number one Novak Djokovic and eternal Roger Federer renewed their rivalry at the All England Club in what became the longest Wimbledon final at 4 hours 57 minutes, and one of the most gripping, decided by the new tiebreak rule at 12-12 in the fifth set. 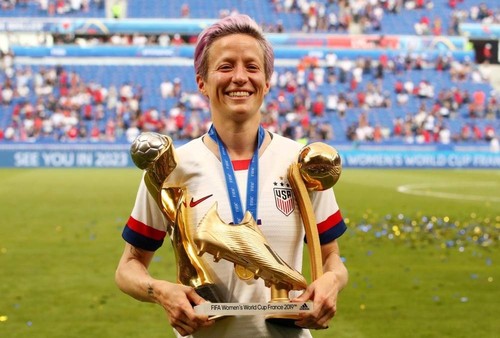 To say Megan Rapinoe had a successful Women's World Cup would be a gross understatement. She left the tournament in France as champion, best player and top scorer while off the pitch driving an equal pay movement, speaking out against racism and standing up to U.S. President Donald Trump.

The outspoken 34-year-old scored in the 2-0 victory over the Netherlands in the Lyon final where she won back-to-back titles and her nation a record-extending sixth title. And it was no surprise she was also crowned women's footballer of the year. Rapinoe said she wants to be remembered as "someone who was willing to stand up for what was right."

The Toronto Raptors delivered Canada its first NBA title with a 114-110 victory over the two-time defending champion Golden State Warriors in June that set off a countrywide celebration. With a nation hanging on their every shot, Canada's only NBA team put the finishing touches on a remarkable 4-2 series upset that denied the Warriors a fourth championship in five years.

When the match ended, a Canadian team stood on top of one of the traditional major sports leagues for the first time since the Toronto Blue Jays won the 1993 World Series. 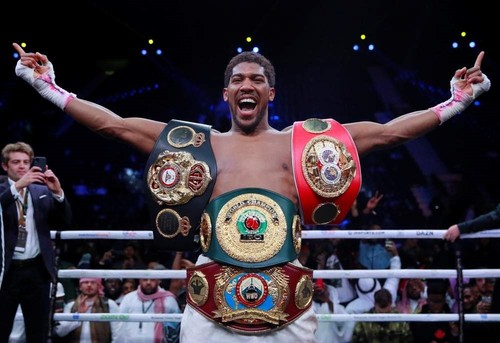 As heavyweights go, Mexico's Andy Ruiz seemed in a league of his own, far from the well-honed physical specimen he was facing in champion Anthony Joshua. But that counted for nothing at New York's Madison Square Garden when Ruiz floored the British champion four times, winning by technical knockout in the seventh round in one of boxing's biggest upsets.

Ruiz, who fought as a replacement for Jarrell Miller, became the first Mexican world heavyweight champion while Joshua suffered a first professional defeat after 22 victories, 21 by knockout. Joshua though pot his revenge, outclassing Ruiz on a unanimous points decision in their rematch in Diriyah, Saud Arabia in December.

Lewis Hamilton sealed his sixth Formula One world championship in Texas, with the 34-year-old becoming only the second driver after seven-times champion Michael Schumacher to win so many titles.

Hamilton has won 10 races a year on average for the last six seasons, a success rate that would leave him on course to overhaul Schumacher's record of 91 victories sometime next year.

The champion has created many other headlines, inevitable for a driver who broke the mold by emerging from a non-racing and underprivileged background to become the sport's first black champion and remains a polarizing figure.

It was one of the greatest comebacks of golf, perhaps in sports, when at 43 and after returning from a back surgery that had threatened to finish his career, Tiger Woods triumphed at the Masters in Augusta, Georgia. "It's a long time! It's unreal," Woods said after a victory that came 11 years after his last major tournament win, the U.S. Open in 2008, and 14 years after the last of now five Masters titles.

It was a 15th major for Woods, who is now three behind the record held by Jack Nicklaus and came after years of struggling with knee and back problems as well as headline-making issues in his personal life. "This is probably one of the greatest comebacks I think anybody's ever seen," said current number one Brooks Koepka, who finished tied for second.

Russia was slapped with a four-year ban from international sports events, including next summer's Tokyo Olympics, over a longstanding doping scandal, although its athletes will still be able to compete if they can show they are clean competitors.

The ruling by the World Anti-Doping Agency's executive committee means that Russia's flag, name and anthem will not appear at the Tokyo Games, and the country also could be stripped of hosting world championships in Olympic sports.

The sanctions are the harshest punishment yet for Russian state authorities, who were accused of tampering with a Moscow laboratory database. Russia's anti-doping agency can appeal the decision to the Court of Arbitration for Sport within 21 days – an action it has signaled it would take.

The alpine ski world championships in Are, Sweden was the moment for two of the greatest names of the sport to end their careers, and both bowed out with medals no longer entirely expected. U.S. skier Lindsey Vonn captured bronze in the women's downhill after crashing out days earlier in the super-G.

At 34, she became the oldest woman to win a medal at a world championship. She bowed out with 82 World Cup wins, four short of Ingemar Stenmark's record 86. At 36, Norway's Aksel Lund Svindal called it quits after winning silver in the men's downhill, beaten by two-hundredths of a second by teammate and friend Kjetil Jansrud.

"He is going to leave a big hole," Jansrud said of the two-time Olympic and five-time world champion. Austrian great Marcel Hirscher also ended his career after the season, having won the World Cup eight years in a row.

A moment in running history to match the breaking of the four-minute-mile barrier by Roger Bannister in 1954 came in Vienna in October when Eliud Kipchoge became the first athlete to run a marathon faster than two hours. The Kenyan great posted 1 hour 59 minutes and 40.2 seconds in a specially organized run in Vienna.

"Today we went to the moon and came back to Earth!" he said on Twitter. The historic landmark does not, however, count as a world record as it was not run in open competition but on a specially designed course using 41 pacemakers. Kipchoge, the 2016 Olympic marathon champion, does, however, hold the official world record of 2:01.39 set in Berlin in 2018.

Hosts England captured the World Cup title for the first time after three previous final defeats in 1979, 1987 and 1992 in a dramatic final against New Zealand in the one-day international format at Lord's.

Some batting heroics by England all-rounder Ben Stokes and a stroke of fortune after a fielder's throw deflected off his bat to the boundary that was then wrongly scored by the umpire in England's favor helped the hosts in a tied thriller that went to a Super Over with the scores still tied and awarded to England because of their superior boundary count.

The International Cricket Council (ICC) has since abolished the boundary countback rule and said that in the future any Super Over will be repeated until any one side has scored more runs.

South Africa was crowned Rugby World Cup champion for the third time after proving too strong for England in a 32-12 victory in the final at the Yokohama International Stadium in Japan in November. It was an emotional and historic moment for the country as Siya Kolisi became the first black captain to lift the trophy.

President Cyril Ramaphosa was handed the number 6 jersey by Kolisi before the game in a highly significant gesture for South Africans who remember their first democratically elected President Nelson Mandela donning it when South Africa won their first World Cup in 1995. Three-time world champions New Zealand, who had won the last two editions, meanwhile had to settle for third place after being beaten 19-7 by England in the semifinals.