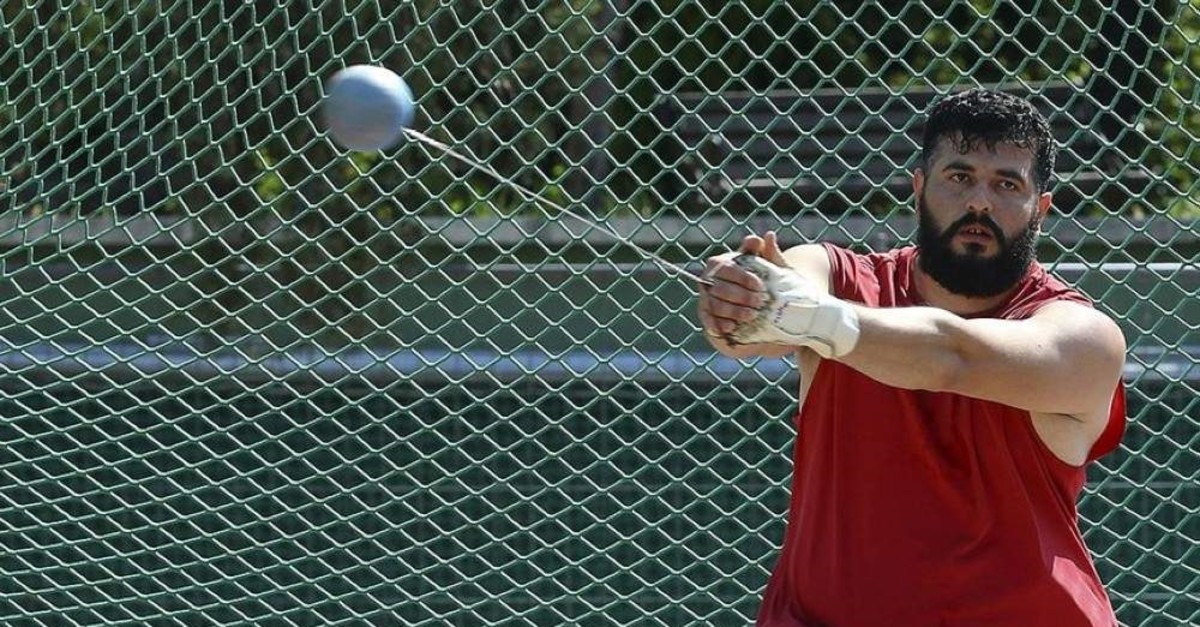 Turkish male hammer thrower Özkan Baltacı, who has already sealed a spot in the 2020 Tokyo Olympics, said while there are sprinters by the dozens, finding even 10 hammer throwers in Turkey would be difficult.

Baltacı, 24, told Anadolu Agency in an exclusive interview that Turkey had just a few hammer throwers, such as Eşref Apak and Fatih Eryıldırım, as hammer throw athletes can't easily be produced.

Apak, 38, is ranked 48th in the world while Baltacı is 14th on the world's best hammer throwers' list, according to the World Athletics' website. Baltacı secured his 2020 Summer Olympic Games spot a year ago by throwing the mallet 77.5 meters at a 2019 local competition.

He said he once threw the mallet 77.5 meters in 2019, and he was extremely happy to book his place in Tokyo 2020. "The top 32 athletes are invited to the Olympics. I was 25th but then some athletes moved past me and I slipped to the 33rd spot (in the world rankings)," he said. "So I didn't take part in Rio 2016 but I was there as a guest sportsman of the Youth and Sports Ministry and the Turkish Athletic Federation."

Baltacı said he has joined all international competitions in this branch but is yet to enter the Olympics.

Baltacı said being a well-disciplined athlete is important for the hammer throw. "I have been an athlete for 11 years. I come to training an hour early. When I arrive late, I feel bad," Baltacı said.

"Athletics has two seasons, winter and summer. Summer is more important than winter. Our aim in winter is to prepare for the big competitions in the summer months," he said, adding that he is busier during the winter preparing himself physically for the competition-packed summer. Baltacı also said he does double training six days a week, two hours in the mornings and three hours in the evenings.

Turkish youth have good opportunities to do sports

Baltacı also said Turkey currently has high-quality sports facilities for the country's youth. "I advise all youth to take up hammer throw. It is very important to raise future sportsmen," Baltacı said. He added that he will work to raise athletes after retiring.

Baltacı said that Turkey has adequate facilities for hammer throwers and that medical staff, such as doctors, physios, dietitians and masseurs, are providing them everything they need.

He added that athletes should be encouraged in hammer throw and should find an opportunity to do sports and get proper equipment.