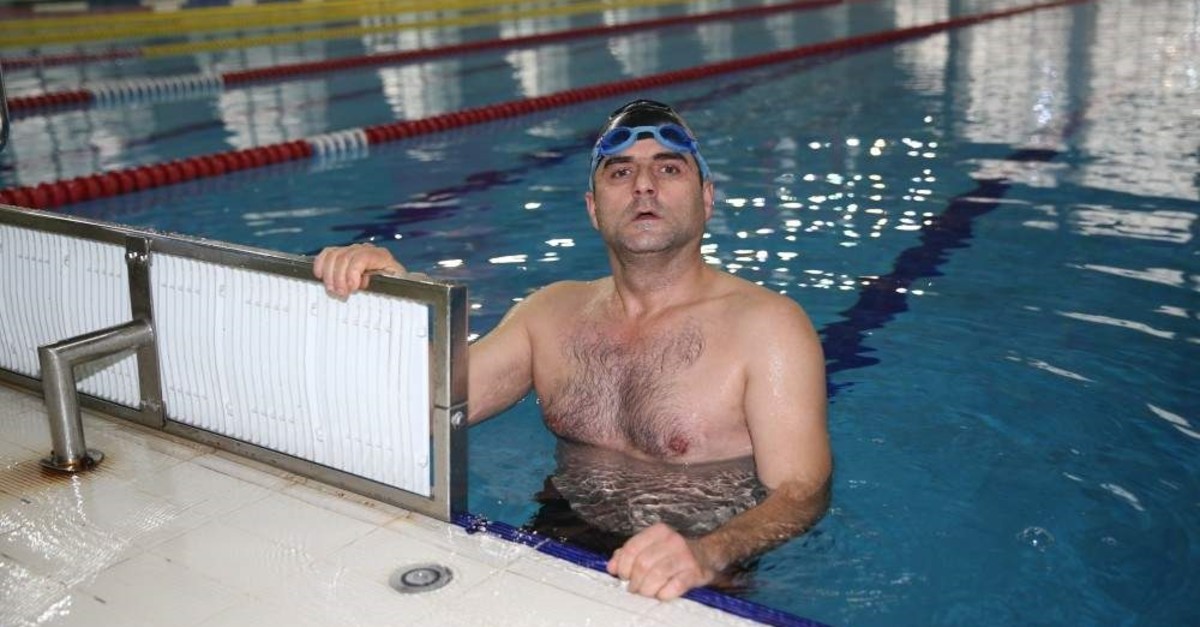 Starting his swimming career in his 30s, a blind Turkish swimmer has broken several records and won a total of 52 medals in local competitions throughout the past six years.

Living in Turkey's northwestern Sakarya province, 41-year-old Fedai Özal said he took up swimming after a friend's recommendation and has been practicing the sport ever since, training every day at a community pool 40 kilometers away.

Saying that he set a record at the first competition he attended, Özal told Anadolu Agency (AA) that he achieved further success with each passing year. "I competed at the Turkish short track swimming championship after a 15-20 day training when I first started. I broke a record there. I then further improved my record to 36.14 seconds," he said.

According to Özal, he became qualified to compete in European and World championships but could not attend to them due to misfortune. He said his greatest goal is to represent Turkey in the Olympics.

Calling youth to adopt a more active lifestyle, Özal said he should be a role model for them. "I don't know for how long I can keep this up but I want the youth to look at me and say 'if he can do it, I can too.'"