Medalist Turkish athlete sticks to swimming against all odds 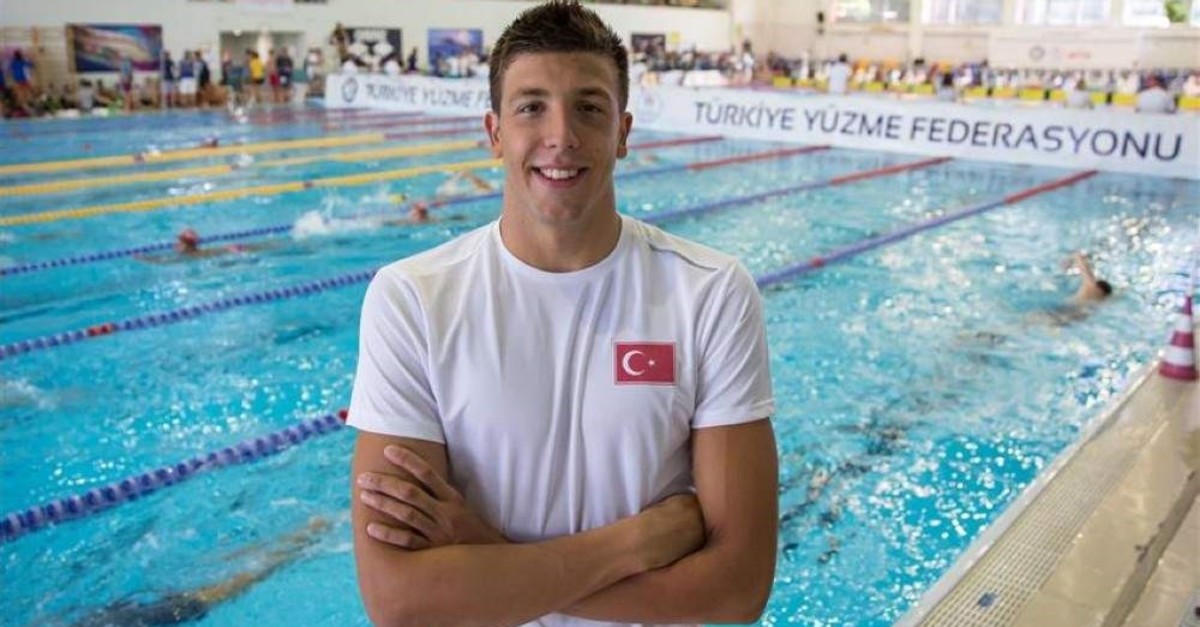 Once petrified even at the thought of being immersed in water after nearly having drowned as a child, Emre Sakcı has grown up to become a medal-winning Turkish swimmer.

In an exclusive interview with Anadolu Agency (AA), Sakcı said his desire to swim did not end despite the trauma that he faced as a child.

He said that he could not even take a shower for a while but overcame his fear and went on to become a national swimmer for Turkey.

The 22-year-old is still Turkey's first-ever medal-winning swimmer, who bagged silver in the 50-meter breaststroke in the European Short Course Swimming Championships 2019 in Glasgow, Scotland on Dec. 4. Subsequently, he earned a spot in the 2020 Olympics in Tokyo.

"Being successful at the European Short Course Swimming Championships was one of our targets on the way to the Olympics and I think that I used this opportunity very well, it was a good experience and achievement for me," he said. "I have 200 days to prepare for the Tokyo Olympic Games and I want to make the best of this period."

Asked about his inner circle's reactions to his triumph, Sakcı said that the Ministry of Youth and Sports, Turkey's Swimming Federation and his club Fenerbahçe congratulated him on his achievement, and added, "I also got a positive reaction from Turkish people on social media, I want to thank them through you."

Sakcı stated that dedication and discipline are some of the essential elements for success.

"If you want to be successful in something, you have to dedicate yourself and place it at the center of your life," Sakcı said, adding that with his coaches they arrange every single hour of the day with swimming to keep himself fit.

Sakcı said that swimming is a high-cost sports and athletes cannot cater to their needs without sponsorship.

"For instance, I use ergogenic aid to improve exercise performance, which cost about TL 1,500, so I survive with the support of Turkey's Swimming Federation and Fenerbahçe Sports Club, middle-income people cannot meet their training needs by themselves," Sakcı stated and adding that a professional swimmer must attend camps abroad so training fees are higher than those in Turkey.

The silver medal holder stated that small-scale competitions are tests for big ones so athletes can correct their mistakes or try something new to be successful in the Olympics or World championships.

Sakcı said that at first, he was targeting to make it to the 2020 Olympics and now he is eyeing a medal in Tokyo.

He added that Tokyo 2020 will be his first Olympic game and he will be chasing a medal in Japan but his first goal is to be in the semifinals or finals.

Sakcı said that he has been working for 10 years with his Turkish coaches, Turker and Bahar Oktay.