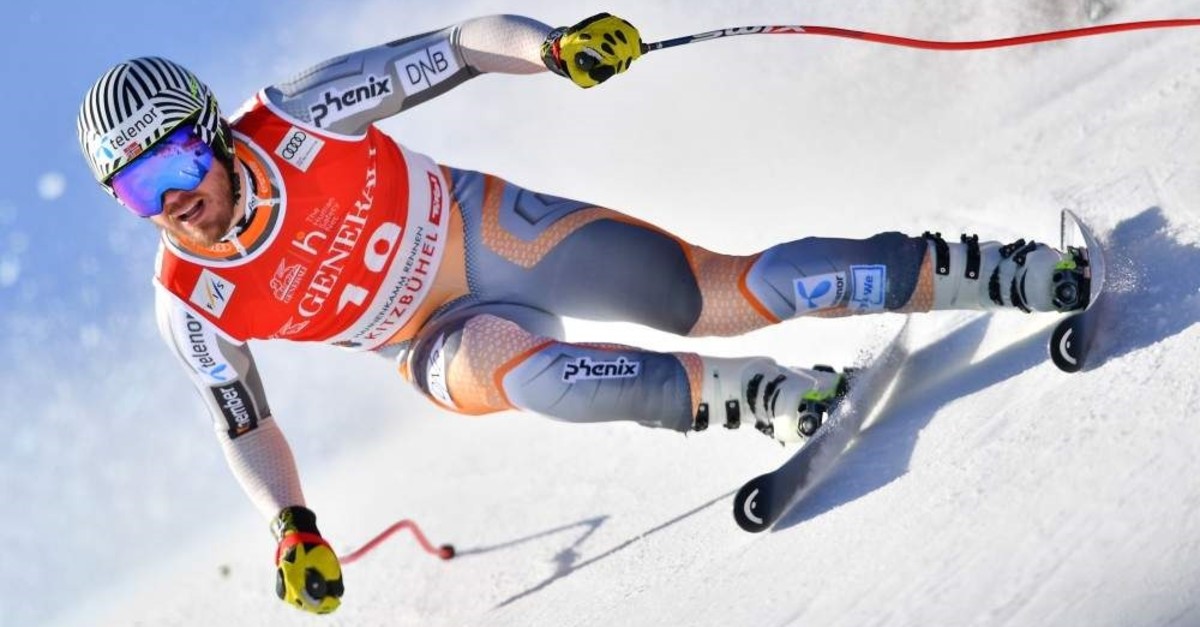 Norwegian veteran Kjetil Jansrud tapped into all his experience to claim victory in the men's World Cup super-G at the Austrian resort of Kitzbuehel Friday.

Under blue skies and bright sun, the 34 year old, who won the 2014 Olympic super-G gold in Sochi and a bronze in Pyeongchang in 2018, coasted down the 2.1-kilometer-long Streifalm course in a winning time of 1 minute, 14.61 seconds. "Kitzbuehel is the biggest race of the year and you always want to win. It means a lot, it's an amazing feeling. I'm naturally really happy with the day," said Jansrud, adding that he thought he benefited from starting with bib number 19 as he learned from errors made by forerunners. "I managed to execute," he said of his first victory since Lake Louise in 2018. "I have found harmony in the way I want to ski. "Alpine skiing is a sport where it's about hundredths (of a second). In some ways you can lose confidence when you're not performing... but you also know that it is a sport where you can fight for the hundredths gate by gate." 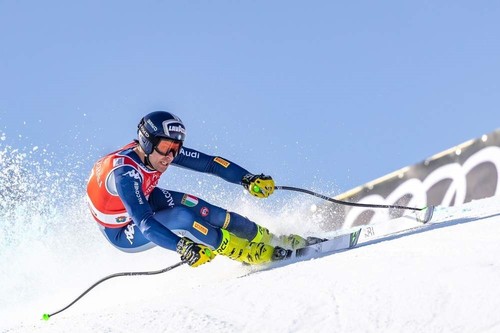 It was the 23rd victory of the World Cup circuit for Jansrud, who is also reigning world downhill champion and 2018 Olympic silver medallist in the discipline. He scooped 68,500 euros for the win, with a whopping 100,000 euros up for grabs in Saturday's downhill, an event he won on the Hahnenkamm mountain back in 2015 and in which he will start as one of the clear favorites. Jansrud's teammate Aleksander Aamodt Kilde shared the second spot, at 0.16 sec, with local favorite Matthias Mayer, gold medallist in downhill at the 2014 Sochi Olympics and in the super-G in 2018. The beautiful conditions at the glitzy Tyrolean resort ensured a huge, party crowd for the super-G. Ringed by a colorful array of hot-air balloons and amid smells of sweating garlic and barbequing meat, flares were lit, fan club flags were brandished and hundreds of recreational skiers pottered down the side of the racecourse, reminiscent of figures from a Lowry painting.

There was little gore: No run of crashes into the ubiquitous netting to raise a voyeuristic, gladiatorial cheer from the onlookers, although Norway's Stian Saugestad and Austrian Otmar Striedinger both went down heavily late on, but the drama was guaranteed as Mayer, super-G winner here in 2016, took the lead.

Wearing bib number 11, the Austrian's set a leading time of 1 minute, 14.77 seconds. The tannoy bellowed out "Matthias," the raucously partisan Austrian crowd saying "Mayer!" back. But it was not to last long as Kilde matched the time, leaving Mayer to throw his arms up in disbelief and the Norwegian pumping a ski up into the air with his two begloved hands in the finish area. Then came the master, Jansrud making a slick descent that made the course look more than manageable for a skier of his ability. The absence through the retirement of Norwegian colossus Aksel Lund Svindal, three times a super-G winner in Kitzbuehel, was a mere blip as the so-called 'Attacking Vikings' continued their Austrian assault. 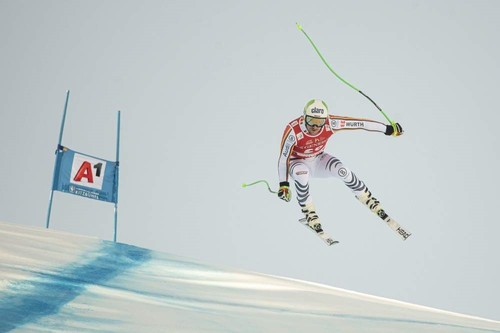 Italian Dominik Paris, a four-time winner in Kitzbuehel (downhill - 2013, 2017, 2019; super-G - 2015), was the major absentee from the slope, the reigning world super-G champion having ruptured knee ligaments in training, an injury that cut his season short. Racers congregate back on the Hahnenkamm mountain Saturday for the downhill, widely regarded as the most prestigious and grueling on the circuit, with a slalom Sunday. "Hopefully (it will be) the same!" Jansrud said when asked about what he expected from the downhill, before contending that he was not a favorite but "one of the first outsiders." "You need to be up there with your confidence and try to execute with perfection. It's not always easy. I'm excited to go, it's an amazing start to the weekend."