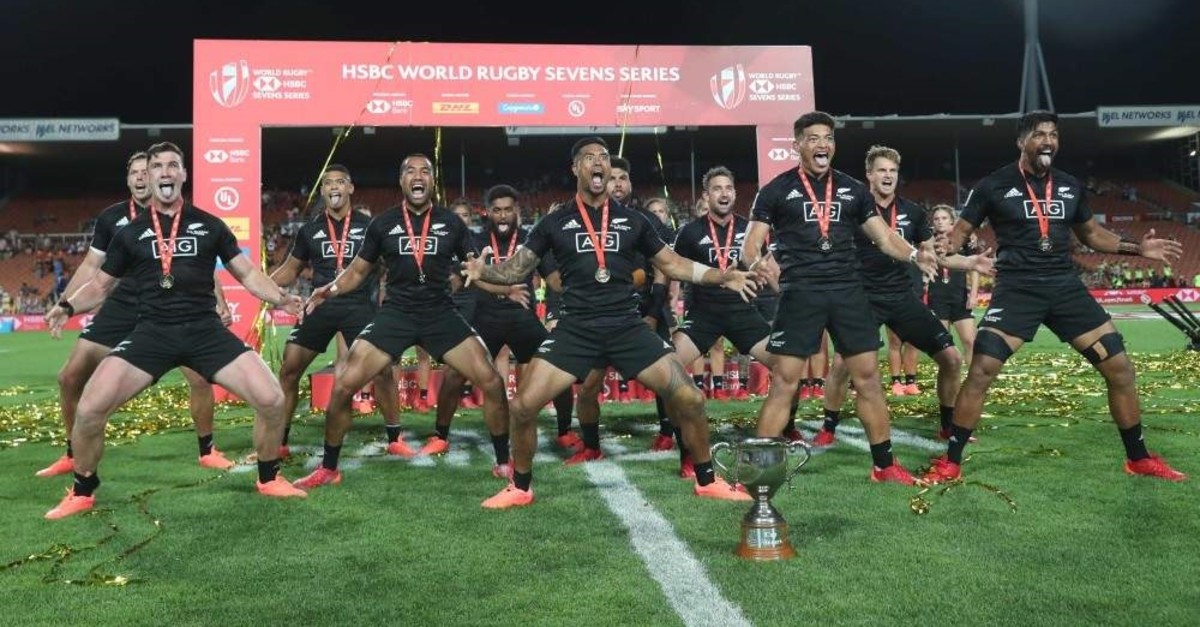 New Zealand beat France 27-5 Sunday to win the home leg of the World Rugby Sevens series, extending its series lead and its favoritism for the Olympic tournament later this year. Scott Curry scored three tries and Regan Ware two as New Zealand overwhelmed France in the final to remain unbeaten at the tournament and move 15 points clear of South Africa after three rounds of the World Sevens Series.

The win was New Zealand's first at home in four years while France has now gone 15 years without a title. New Zealand has two wins and a second placing from tournaments in Dubai, Cape Town and Hamilton. It was level with South Africa on 41 points after the first two tournaments of the season.

Tavite Varedamu was sin-binned in the first half but returned to immediately score France's first try, trimming the lead to 7-5. New Zealand took command of the match from that point, scoring through Ware to lead 12-5 at half-time. Ware scored early in the second half, then Curry scored twice as New Zealand raced away to a convincing win. "We haven't gone that well at home in the last couple of years so we thought we owed it to our families and fans to go well this time," New Zealand captain Tim Mikkelson said. "The coaching staff has instilled a good attitude in us. "It doesn't matter if you start or come off the bench you've got a role to play. The guys just want to work for each other."

The tournament was one of major upsets, magnified by the unique format which meant there were no quarterfinals and only the top team in each pool progressed to the semifinals. Under that format – opposed by most coaches – World Series and Olympic champion Fiji and three-time World Series champion South Africa found themselves in a playoff for ninth and 10th. Fiji, knocked out of the semis by a shock 26-10 loss to Argentina in the last round of pool matches, took ninth when it won the playoff 12-5.

South Africa lost to England in pool play on Saturday and was then thrashed 36-14 by Kenya on Sunday.