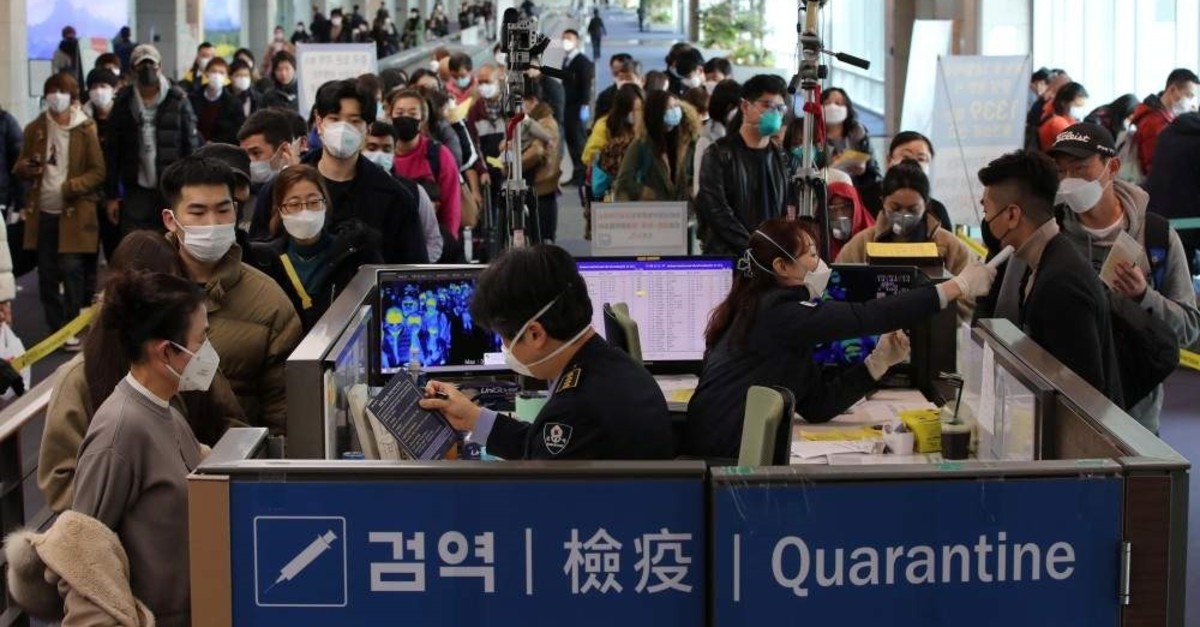 Amid growing concern about the spread of a new virus outbreak in China, international sports have been postponed and Olympic qualifying tournaments are being taken elsewhere.

The international ski federation on Wednesday canceled the first world cup races scheduled for testing the mountain venue for alpine skiing at the 2022 Beijing Olympics. A men's downhill had been scheduled for Feb. 15 at Yanqing to start a two-race weekend.

That followed a decision by the International Hockey Federation (FIH) to postpone Pro League games in China, and qualifiers for the Tokyo Olympics scheduled in February in football, basketball and boxing being moved outside of China.

The Chinese women's field hockey team was due to host Belgium for two games on Feb. 8-9 in Changzhou. Those were postponed on Tuesday by the FIH citing "current uncertainties around the outbreak of the coronavirus in China."

The Lausanne, Switzerland-based governing body said it was "following the recommendations of the World Health Organization," ahead of future matches. China is scheduled to host Australia for two games on March 14-15.

The biggest upcoming event in China is the Formula One Grand Prix in Shanghai on April 19 for practice and qualifying which draws large crowds.

Also under threat is the March 13-15 indoor track and field world championships in Nanjing.

Olympic qualifying events scheduled in China in February to help decide entries for the Tokyo games have also been affected in recent days.

Women's soccer and women's basketball games were moved to Australia and Serbia. The football games had already previously moved from Wuhan, at the center of the outbreak, to Nanjing. Boxing tournaments for the Asia and Oceania regions will be held in Jordan in March.

China is also due to host track and field's indoor world championships from March 13-15 in Nanjing.

Tokyo Gov. Yuriko Koike acknowledged her concern about the virus speaking Wednesday to the heads of 62 municipalities.

"With only 177 days to go and our preparations accelerating, we must firmly tackle the new coronavirus to contain it, or we are going to regret it," Koike said. "I will do the utmost to contain this new problem as we cooperate closely with all of you."

Tokyo Olympic organizers put out a generic statement on Wednesday and offered no details.

More than 100 deaths in China have been recorded because of the disease, including the first in Beijing. More than 4,500 cases reported in China include almost 1,000 people in serious condition, national health authorities said.

The new coronavirus seems to spread less easily among people than SARS or influenza. Most cases involve family members and health workers who had contact with patients.

Future sports events in China include a qualifying game for soccer's 2022 World Cup on March 26, against Maldives, and the China Open golf tournament, part of the European Tour, on April 23-26 in Shenzhen.