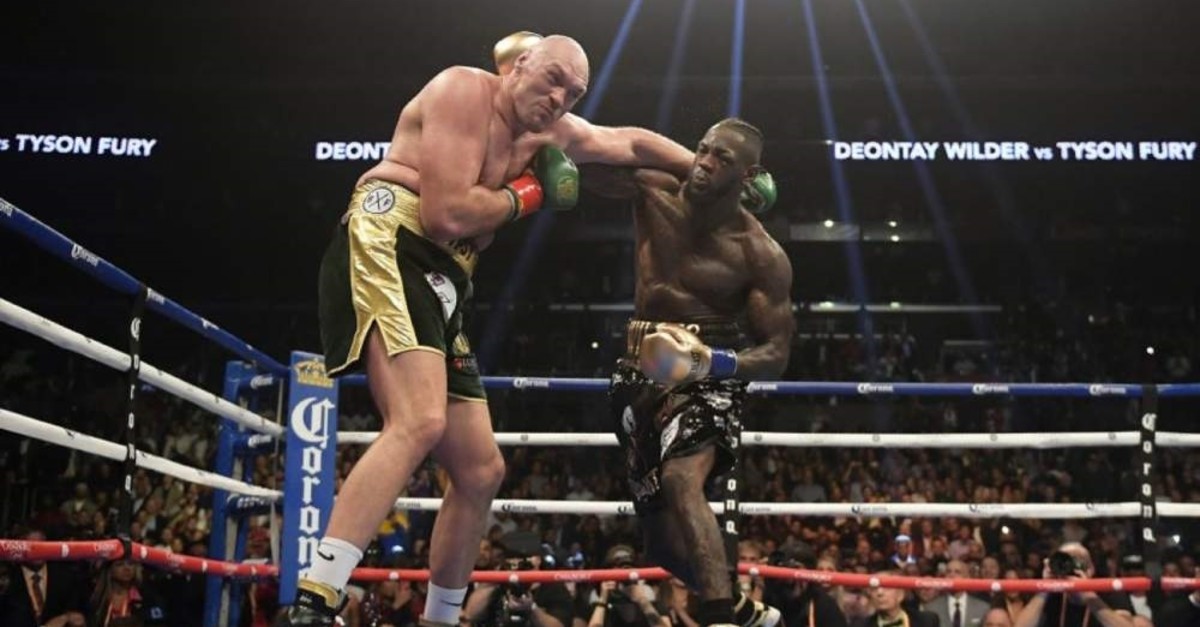 Wilder, the reigning WBC champion, climbs back into the ring with British star Fury on Feb. 22, 14 months after the two men battled to a thrilling draw in Los Angeles in December 2018.

Fury, who was knocked down twice by Wilder in the first fight, insists he plans to chase a knockout in the rematch, believing he has little chance of winning a decision in front of Las Vegas judges.

However, Wilder on Tuesday poured scorn on Fury's threats of knockout – dismissing his opponent as having "pillows" for fists.

Wilder, 42-0 with one drawn and 41 knockouts, cited his experience from the first Fury fight, revealing he had felt no soreness after the 12-round scrap.

"I can't tell you any rounds where I felt like I was threatened by his power," Wilder said in a conference call.

"He has pillows as fists. That's how soft they were. Maybe my adrenaline was too high to feel anything. Sometimes after a fight, you feel sore. But even after the fight, I didn't feel anything.

"I took all his punches, the ones he landed, and I walked right through them. So I don't respect none of his power.

"He's just a tall big man that can move around the ring. And that's about it. As far as power, there's none there."

Fury has switched trainers for next week's rematch, bringing in Javan "Sugarhill" Steward in a move he hopes will boost his knockout power.

Wilder, however, is unimpressed by the changes in Fury's corner.

"I don't believe he'll be able to develop (power), no matter what trainer he brings in," Wilder said.

"You just don't develop power in a couple of weeks ... it's impossible."

Fury, who is arguably the most skillful defensive boxer in the heavyweight division and outfoxed Wilder for long periods in the first fight, says he plans a more aggressive approach in the rematch.

But Wilder is skeptical that the self-styled "Gypsy King" plans to go on the attack, and believes that he has already planted doubt in Fury's mind after sending him to the canvas with a crushing combination in the 12th round last time.

Fury miraculously recovered his senses after that knockdown and somehow managed to hang on for the draw. Wilder, however, believes he has inflicted lasting damage on the Briton.

"If he brings the fight to me it's going to make the fight that much more interesting," Wilder said.

"Deep down in his heart, I really feel that he's nervous for the first time. When you knock a person out and get a concussion, you never forget that.

"You never forget who did it to you. And when you're going back in the ring with that person a second time it has to be stressful. He knows what the truth was.

"He can say he beat me by a wide margin but he honestly don't believe that. If he believed he beat me, he wouldn't have changed up so much."