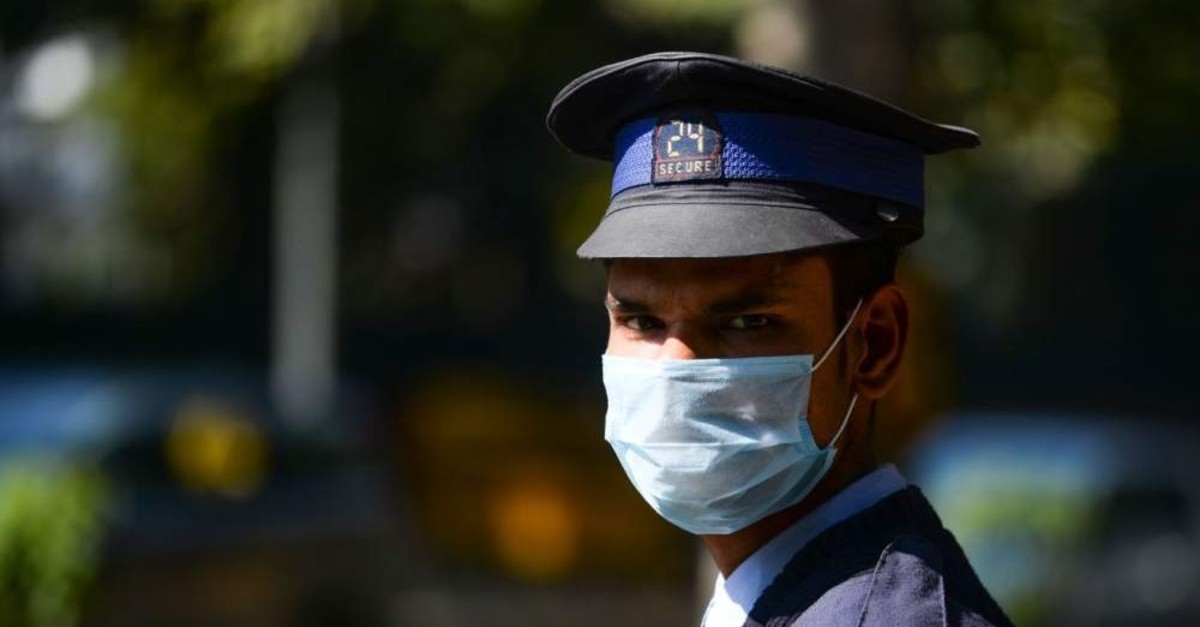 A private security guard wearing a protective face mask amid concerns over the COVID-19 coronavirus outbreak stands an the entrance to a hotel in New Delhi, Feb. 13, 2020. (AFP Photo)
by Compiled from Wire Services Feb 18, 2020 1:36 pm

Chinese wrestlers will be unable to take part in the Asian Championships in New Delhi this week after being denied visas because of the coronavirus outbreak, an Indian official said.

India's government has suspended e-visas for Chinese nationals due to the deadly virus that has claimed more than 1,800 lives since spreading from its epicenter in the central Chinese city of Wuhan.

"They are not coming. Of course, health concerns remain a big reason and the coronavirus outbreak is deadly," Wrestling Federation of India assistant secretary Vinod Tomar told AFP.

A Chinese Federation spokesperson was quoted as saying on the governing body's United World Wrestling (UWW) website, "The wrestlers are disappointed for sure."

India's Sports Minister Kiren Rijiju said the denial of visas would not normally be allowed but there were exceptions for an extraordinary health crisis.

"We can't deny visa to citizens of any country because it is a part of the Olympic charter. We try to keep sports away from politics," Rijiju told reporters.

"But where there is health concern or any technical issue, there are separate provisions for that," he said.

The Asian Championships, which provide UWW ranking points that count toward seedings at this year's Tokyo Olympics, begin Tuesday and run until Feb. 23.