After losing leg in blast, Syrian refugee prepares for Paralympics 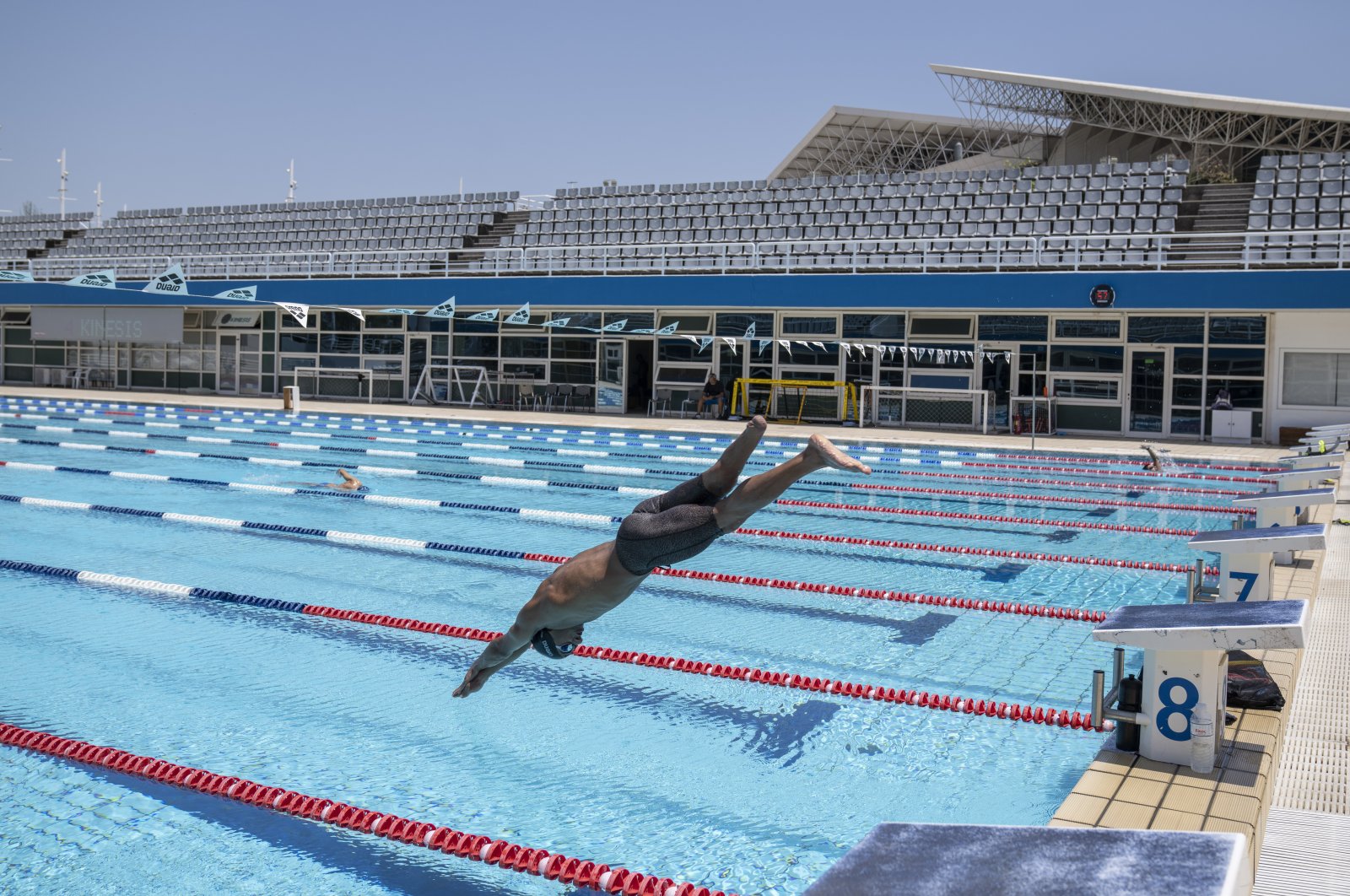 Ibrahim Al Hussein's life was turned upside down when he was wounded in a blast and forced to flee his native Syria in 2012.

Nearly a decade later, Al Hussein is preparing for his second Paralympic Games in Tokyo and credits swimming with helping him to rebuild his life and integrate after migrating to Greece.

At the outdoor swimming complex used for the 2004 Olympics and Paralympics in Athens, Al Hussein stretches and removes his prosthetic leg in a shady spot before entering the water for two hours of training under the hot sun.

“I started swimming when I was 5 years old. My father was my trainer in my country, Syria. I feel very comfortable when I’m in the water despite all the tiredness, all the training and effort I put in," he said in a recent interview.

"I consider myself to be like a fish. It’s as if I won’t be able to live if I’m away from the water. The day I don’t train because of one reason or another, I’m often upset and feeling gloomy.”

As the war in Syria raged in and around his home city of Deir ez-Zour in 2012, Al Hussein was visited by a friend. When his friend left to go home, the friend was shot, Al Hussein says. He ran over to help.

“I was about to carry my friend to a safe place or hospital. But unfortunately as soon as I reached him, five seconds or less later there was an explosion beside me,” he said. His friend also survived.

Al Hussein received emergency medical treatment in a makeshift clinic before being taken to neighboring Turkey. He lived on the margins there and struggled with mobility, and eventually made the dangerous boat journey to Greece in February 2014.

“In the first days when I came to Greece, I found a doctor who helped me. After that, I decided to stay here. I found what I was looking for and had no reason to continue looking,” he said.

Al Hussein met a doctor who agreed to treat his injury and provide him with a prosthetic; he began to feel at home in Greece. A year later, he finally entered the pool again, swimming with a club based at the Olympic Aquatic Center in Athens. By coincidence, he had watched the 2004 Olympic swimming competitions on TV when they were held at the same venue, and had dreamed as a teenager of one day competing there.

Al Hussein's first venture back into the pool eventually led to him returning to competition, first at a local level, then further afield. His success as a refugee athlete attracted attention in Greece, leading to an invitation to carry the Olympic torch as part of the relay for the 2016 Games in Rio de Janeiro.

From there, he was approached about swimming for the International Paralympic Committee's new refugee team.

The conflict in Syria put migration into focus by 2016 and Olympic and Paralympic organizers were keen to give refugee athletes a platform to compete. Until then, it was hard to do so without the backing of authorities in their home nations.

The initiative has expanded. Al Hussein was one of two refugee Paralympians in Rio but there will be six this time. He's hoping to reach the finals even though the coronavirus pandemic disrupted his training plans.

Al Hussein is full of praise for life in the Paralympic Village with athletes from around the world and says he wants to provide a positive example for other refugee people with disabilities.

“If you have strength, you don’t look to see whether you’re missing an arm or a leg. Strength comes from within," he said.