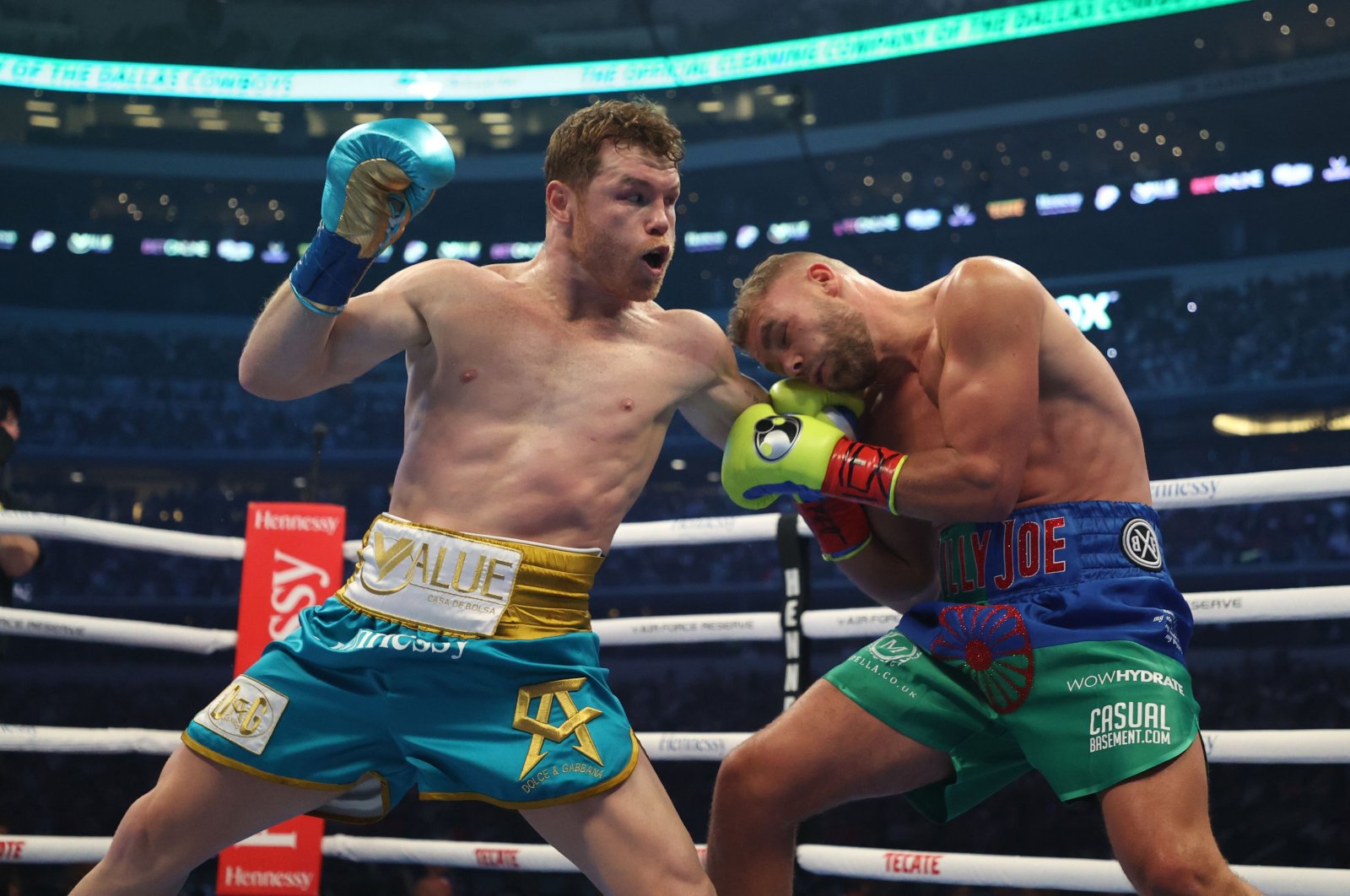 This was Saunders' first loss when the English boxer didn't come out for the ninth round.

The popular Mexican won his latest Cinco de Mayo bout with a staggering right hand in the middle of the eighth round, sending the raucous crowd of 73,126, the largest U.S. crowd in history for an indoor boxing event, into a frenzy as we waved his arms as the round continued.

Saunders' corner waved in defeat before the ninth while treating a cut under his right eye as Alvarez (56-1-2, 38 knockouts) added Saunders' WBO belt to his WBA and WBC straps. It was the first loss in 31 fights for the 31-year-old Brit.

After a tentative first round, the 30-year-old Alvarez took control before Saunders had his best rounds in the fifth and sixth, when the southpaw landed his best left hand of the fight. Before the eighth-round flurry, Alvarez was in control. He was ahead on all three scorecards.

With pandemic restrictions on attendance long gone in Texas, the festive crowd at 80,000-seat AT&T Stadium was the biggest to date for a sporting event in the pandemic. Organizers have said it would break the U.S. indoor boxing attendance record of 63,352 set in 1978 at the Superdome in New Orleans when Muhammad Ali beat Leon Spinks.