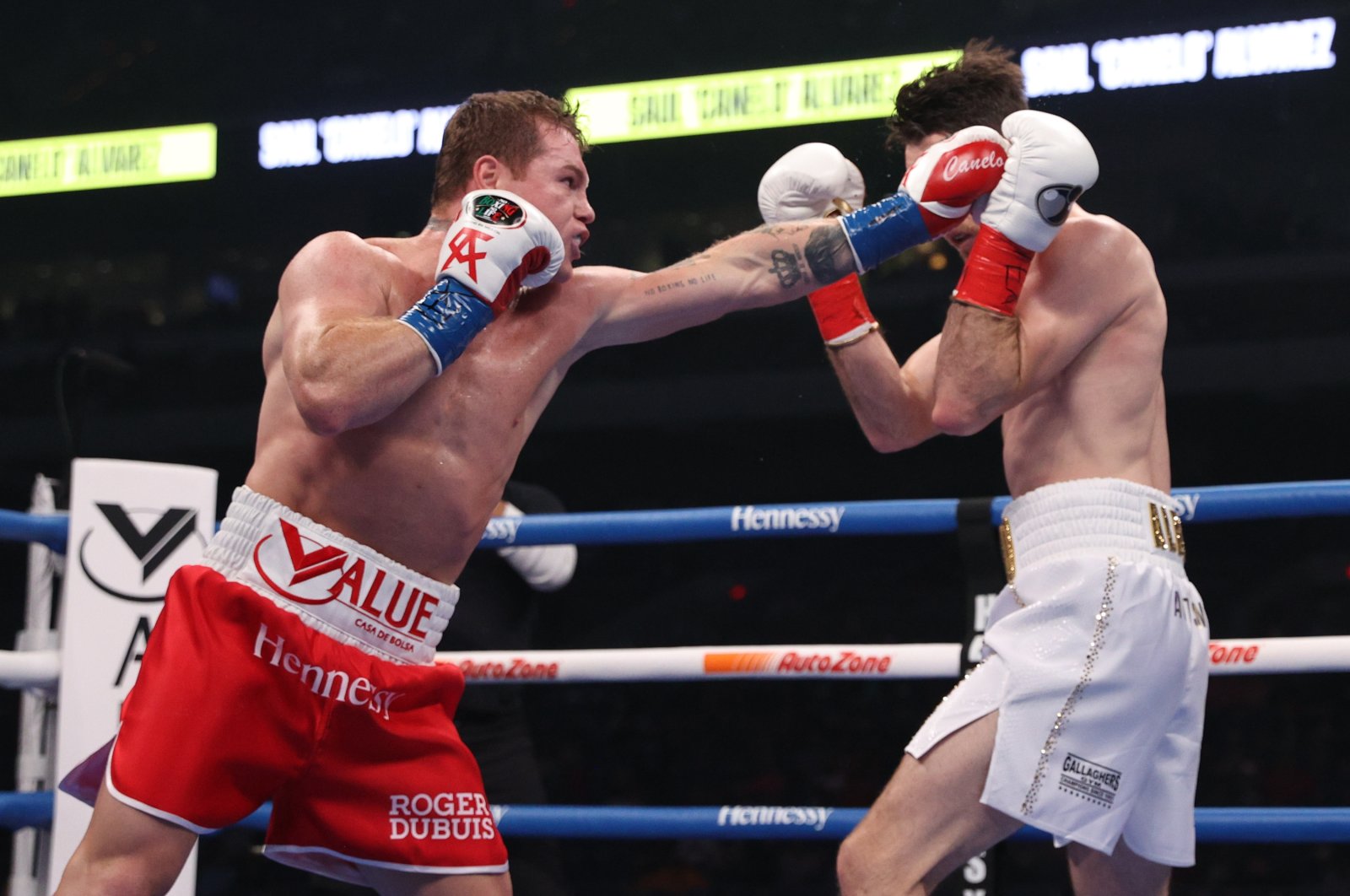 Canelo Alvarez had a simple explanation for his ability to dominate a previously undefeated champion and emerge unscathed against an opponent that physically towered over him. "I am better," Alvarez said. "Because I'm better and I have many abilities. I make them think about what they are going to throw and simply because I'm better."

Two judges scored the bout 119-109 and the third had it 117-111. Alvarez (54-1-2, 36 KOs) dominated his only bout this year, repeatedly hitting Smith (27-1, 19 KOs) with straight rights and right hooks to the head and punishing his upper arms over 12 rounds. Matchroom promoter Eddie Hearn said doctors believe Smith tore his left bicep or triceps muscle. There was a noticeable protrusion coming from the bottom of Smith's arm beginning in the fourth round from Alvarez's repeated blows. Alvarez previously knocked out Callum's older brother, Liam, on Sept. 17, 2016, at AT&T Stadium in Arlington, Texas. Many speculated Callum wanted revenge for the ninth-round knockout, but Alvarez dominated the younger Smith, too.

At 172.72 centimeters (5-foot-8), Alvarez was the aggressor against the 190.50 centimeters Smith. "Like I said, (the size difference) doesn't matter to me," Alvarez said. "My boxing experience is what matters. If they are taller, shorter, that doesn't matter, my experience is what gives me the ability to fight anyone." Alvarez controlled the fight, continually pressing forward and only taking a step back to evade one of the numerous punches that Smith missed.

Alvarez threw 494 total punches, landing 43% of them compared to just 18% of 539 punches thrown by Smith. Alvarez and Smith were fighting for the first time this year due to the restrictions brought on by the coronavirus pandemic and the ring rust was evident in the first five rounds. It took nearly a minute before the first punch of the bout was thrown, a lunging right by Alvarez.

Punches were sparse and the exchanges were brief in the opening round as the fighters shadowed each other. Alvarez pressed the action in the opening seconds of the second round, forcing Smith to respond with rights to the head to keep Alvarez from continually stepping forward. Smith jabbed with his left hand more in the third round, occasionally attempting a right uppercut that continually failed to land. Alvarez landed a series of straight rights and right hooks to the head early in the fourth round that seemed to faze Smith. Alvarez had his most effective combination, landing a left hook to the side of the head, a straight right to the nose and another left hook that delighted the heavily partisan crowd.

Alvarez continued to effectively lunge and dig a right hand to the face between Smith's gloves in the fifth round. Smith followed up a lunging blow to the stomach to set up a right hook that seemed to shake Alvarez. Smith landed a second right hook following that exchange. Alvarez landed 60% of his power punches through seven rounds compared to just 20% by Smith.

Smith fell back against the ropes following a heavy right hook to the head with about a minute and a half left in the ninth round. Alvarez continued to pound Smith to the head in the final rounds, turning Smith's face bright red from the repeated blows.

Alvarez said his goal is to unite all the super-middleweight titles, which would mean fighting England's Billy Joe Saunders for his WBO championship and Caleb Plant of Ashland, Tennessee, for his IBF belt.

Marc Castro won his pro debut on the undercard, securing a third-round knockout against Luis Javier Valdes (7-6-1) with a flurry of punches to the head and body. Castro, who won consecutive youth and junior world championships as an amateur, had two previously scheduled bouts canceled due to the COVID-19 pandemic.

Also on the undercard, Frank Sanchez 17-0 (13 KOs) retained his WBO-NABO heavyweight title by knocking out Julian Fernandez (14-3) in the seventh round with a pair of stiff straight right hands to the head. Sanchez tumbled out of the ring between the bottom two ropes, suffering his second straight knockout loss following three straight wins.