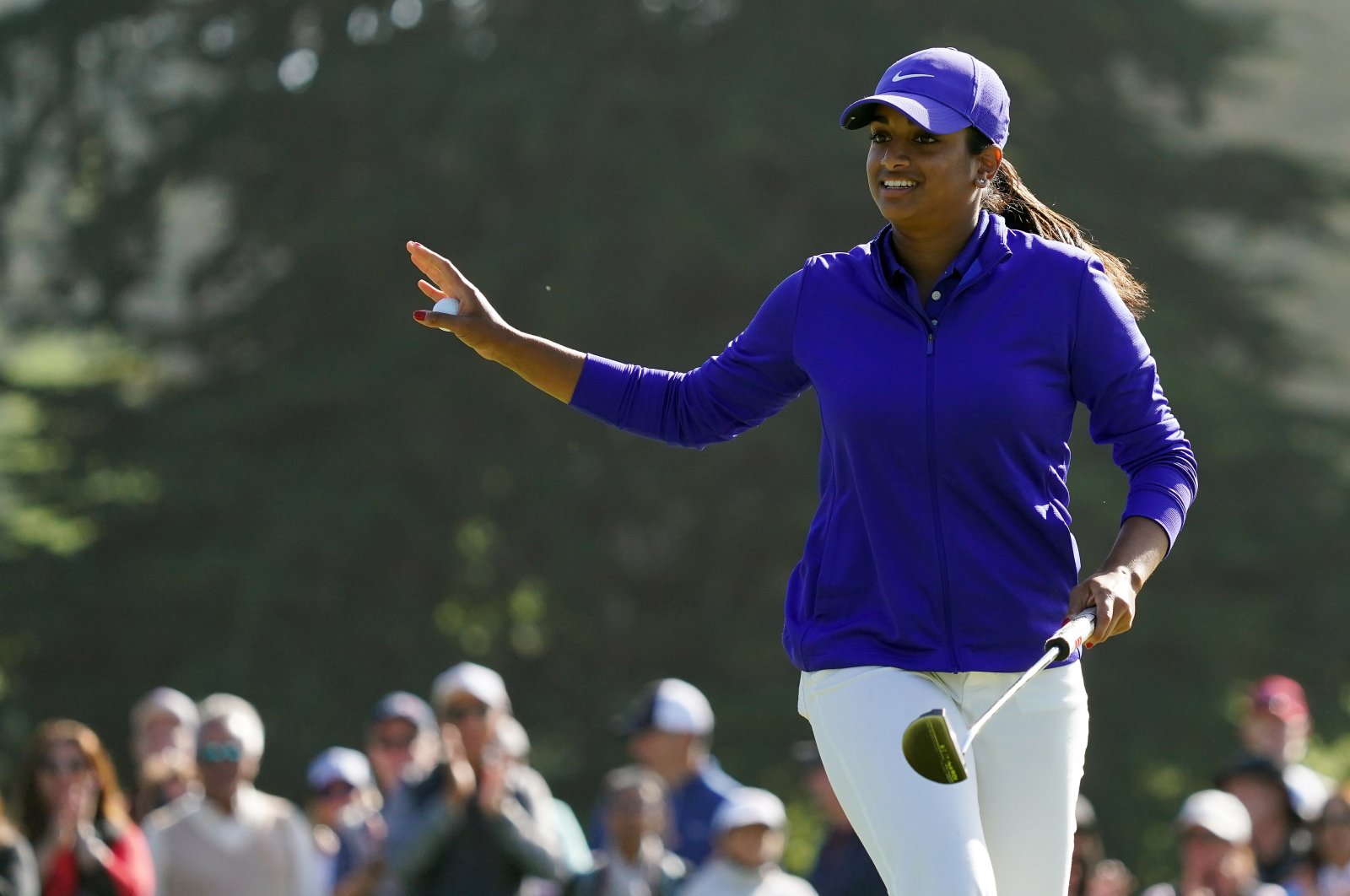 Megha Ganne waves to the gallery after putting out on the 14th green during the third round of the U.S. Women's Open golf tournament at The Olympic Club, San Francisco, California, U.S., Jun 5, 2021. (Reuters Photo)
by REUTERS
Jun 06, 2021 3:08 pm

New Jersey high school student Megha Ganne soaked up the adulation at U.S. Women's Open in San Francisco as she vowed to do everything possible to return next year.

The teenager said she is relishing the experience of being a fan favorite at the tournament.

The 17-year-old amateur heads into Sunday's final day tied third alongside South Korea's Lee Jeong-eun after carding a 72 in the third round to go three-under for the tournament and four shots behind leader Lexi Thompson.

Ganne, who became the talk of the tournament after taking a share of the lead on the opening day and receiving encouragement from New Jersey Gov. Phil Murphy on Twitter, said engaging with fans was one of the highlights of her tournament.

"I wish it wasn't over so quickly. It's been so much fun. I can't wait to go back out there tomorrow ... I'm already counting down the hours until I tee off again," Ganne told reporters.

"I've always imagined myself engaging with the fans like that because when I was younger and watching events, I knew I would love it when I would see the pros just even look at the crowd or smile or do anything like that.

"So I really wanted to embody that today and I got a chance to on a few holes, which was nice."

Ganne, who played in the tournament two years ago as a 15-year-old, said having people chant her last name felt great.

"I've never felt it before, but I know I want to experience that again, so I'm going to do everything in my power to be back next year," Ganne said, adding that she was delighted to inspire youngsters.

"It's my favorite part of the week ... Every small girl I saw out there I waved to and I couldn't help but smile. They're just so adorable and it's crazy to think they're here for me and want to watch me play."