Baseball back as professional sports return to South Korea 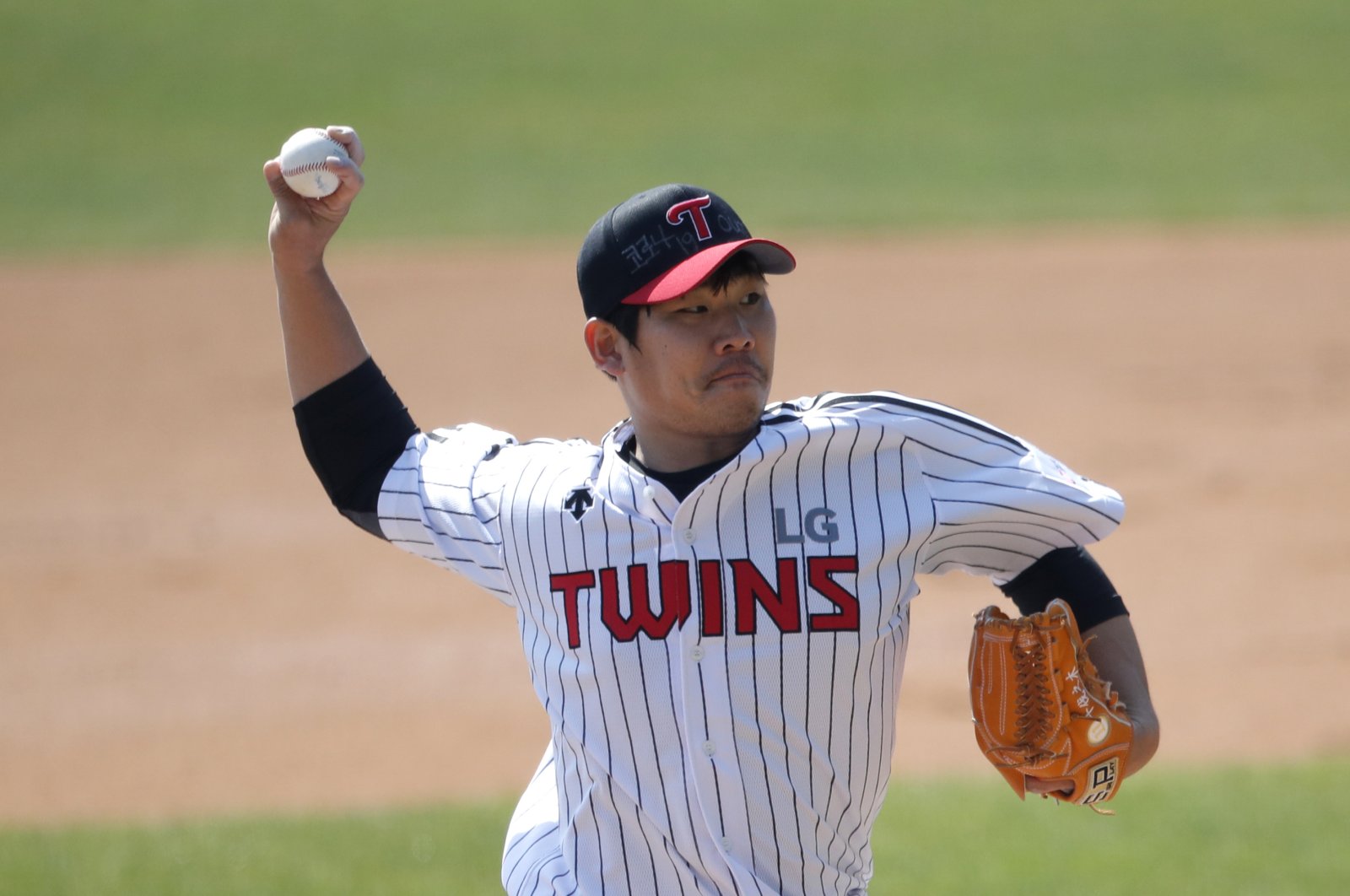 Letters reading "Corona 19 Out" is seen on the cap of LG Twins baseball team's pitcher Jeong Chan-heon as a part of campaign to overcome the coronavirus during an intrasquad baseball game in Seoul, South Korea, Sunday, April 5, 2020. (AP Photo)
by French Press Agency - AFP Apr 21, 2020 11:28 am
RECOMMENDED

Professional sports returned to South Korea on Tuesday as coronavirus restrictions ease, with the first pitch thrown in a baseball pre-season derby in front of empty stands.

The Seoul-based Doosan Bears and LG Twins are Korea's biggest rivals in the country's most popular spectator sport and their shared stadium in the capital's Jamsil area would usually be packed.

But with fans barred, the stands were empty as the Twins' Cha Woo-chan threw the first pitch.

Even the cheerleaders – an essential element of firing up the atmosphere at what would normally be a feverish encounter – were also absent.

The stadium was silent except for the continuous clicking of camera shutters from around 50 members of the media, and occasional shouts from the dug-outs.

Reporters were not allowed to approach the players.

"Although it is being held behind closed doors, I think it's good that we can hold these games for the fans who are watching from their homes," said LG Twins media officer Kim Kwang-hwan.

"We hope that the coronavirus outbreak will be contained soon so many fans can come and enjoy our game just like previous years."

Sports fans around the world have been starved of live action because of the virus, with broadcasters resorting to repeats of matches from past years, while leagues face the prospect of paying rights-holders multi-million-dollar refunds.

South Korea endured one of the worst early outbreaks of the disease outside China, prompting professional sports including football and baseball to suspend or delay their seasons.

But the South appears to have brought its outbreak under control thanks to an extensive "trace, test and treat" program, and Seoul said at the weekend it would permit outdoor sports to resume behind closed doors in light of a steady decline in new virus cases.

The Jamsil derby was among the first of 20 pre-season games, and the Korea Baseball Organization said Tuesday the regular season would start behind closed doors on May 5.

Strict health guidelines were being enforced.

Players must have their temperature checked twice before the games, with face masks strongly recommended in all parts of the stadium, except for the field and the dugout during the game, the KBO said.

Players have been asked not to shake hands or exchange high-fives, while spitting is prohibited.

The Doosan Bears were last year's KBO champions but the LG Twins ran out 5-2 winners in a one-sided encounter.

Even so, more than 700,000 fans tuned in to watch a livestream of the match on Naver, the country's largest portal.