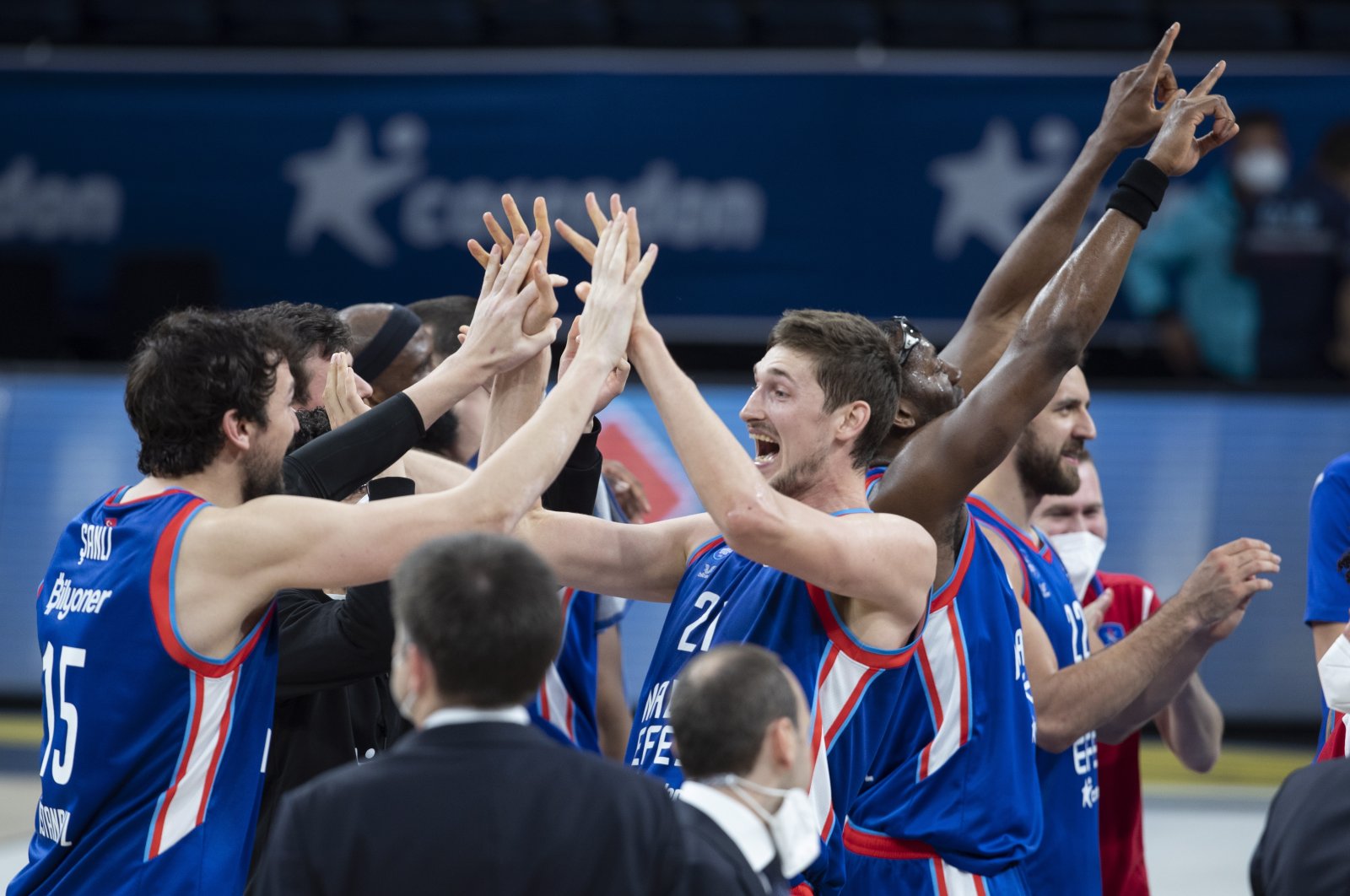 Before the nail-biting game, the series tied 2-2. Anadolu Efes fought to win the playoffs 3-2.

The game in Istanbul's Sinan Erdem Sports Hall on Tuesday was 80-80 through the last minute of the fourth quarter as Anadolu Efes guard Krunoslav Simon's 3-pointer gave a big advantage to the hosts.

The Istanbul club made the score 85-80 after U.S. forward Chris Singleton's two free throws. Real Madrid star Sergio Llull's 3-pointer narrowed the gap to three, 86-83 but there was not enough time for Real Madrid to make a comeback.

Singleton was the key player of the game, scoring 26 points for Anadolu Efes. He took eight rebounds as well.

Real Madrid were led by Argentine guard Nicolas Laprovittola who racked up 17 points.

The 2021 EuroLeague Final Four will be held on May 28-30 at Lanxess Arena, Cologne without spectators due to the coronavirus pandemic.