Anadolu Efes edges past Olympiacos in THY EuroLeague 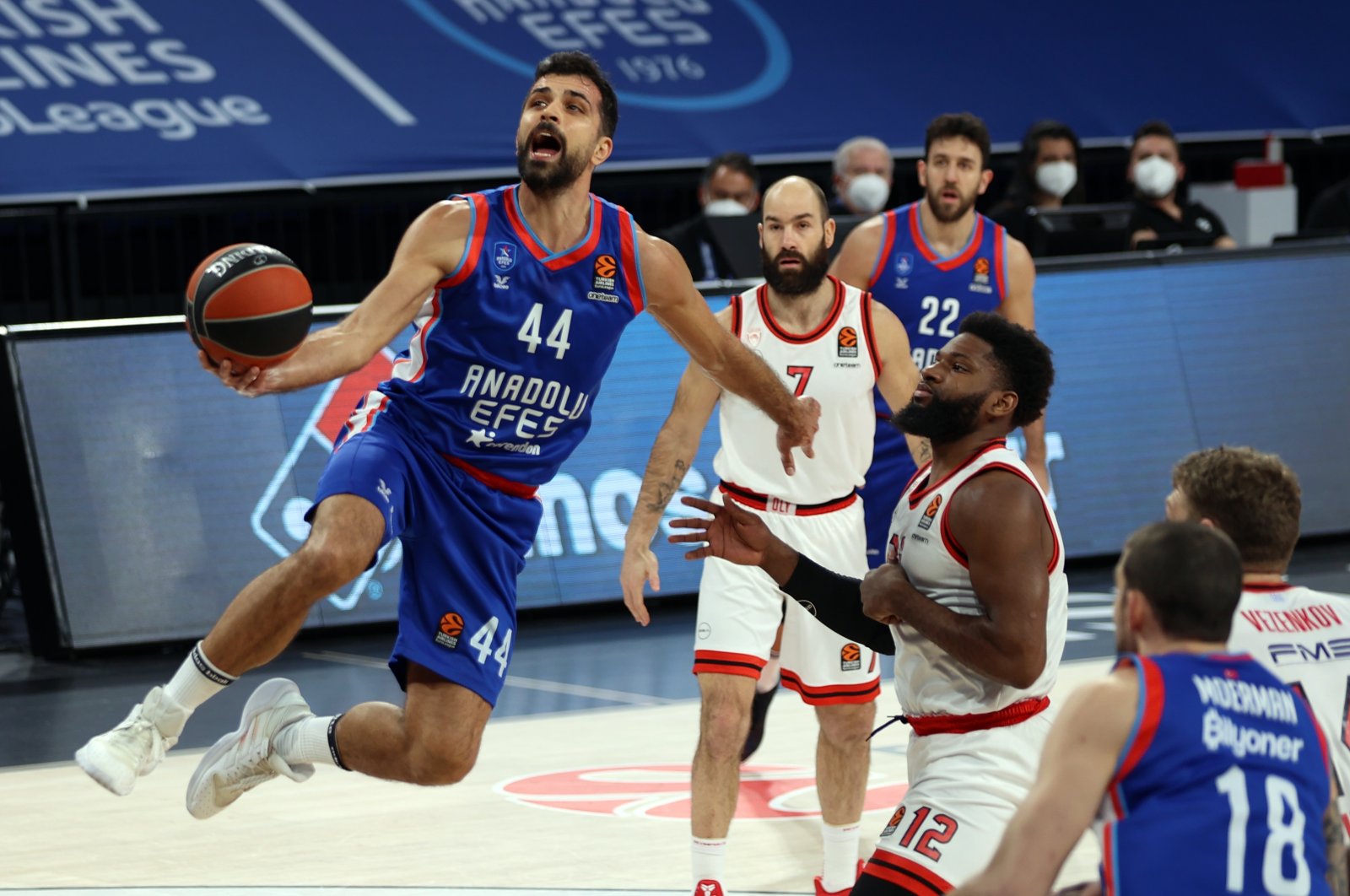 Turkish basketball giant Anadolu Efes continued its positive momentum by defeating Olympiacos Piraeus 76-53 in the THY EuroLeague Round 25 match at Sinan Erdem Sports Hall on Thursday.

The Istanbul side, which has cinched six of its last seven games, improved to 14-10 in the standings while Olympiacos dropped to 11-14 and is now on a five-game losing streak, according to the EuroLeague’s official website.

Giannoulis Larentzakis scored 10 points and made eight assists for Olympiacos, who led 11-26 after 10 minutes.

Larkin and Beaubois stepped up for Efes, leading a 24-2 run that gave their team a 43-34 edge at halftime. The hosts boosted their margin to 58-43 after three quarters and cruised the rest of the way.

However, Shaquielle McKissic got Olympiacos going with a fast-break layup that Vasilije Micic bettered with a 3-pointer. Larentzakis followed a layup with a triple. He got help from Sasha Vezenkov and Octavius Ellis to give Olympiacos a 5-12 lead.

Dunston and Adrien Moerman stepped up for Efes, but McKissic and Hassan Martin boosted the Reds' lead to 9-18. Larentzakis and Kostas Sloukas each struck from downtown and Martin added a layup to make it 11-26, after 10 minutes.

Beaubois followed a jumper with a floater early in the second quarter. Dunston added an alley-oop layup for a 17-28 Efes deficit.

Larkin then came to Efes’ rescue with a triple, a driving layup and a wild four-point play, bringing his team within 26-28. Larentzakis buried an off-balance jumper, but Larkin and James Anderson completed the hosts' comeback, 32-30.

Beaubois took over with an alley-oop slam and a corner 3-pointer that capped a 24-2 run. Dunston and Anderson each scored around the basket, but Charles Jenkins and Vezenkov kept Olympiacos within 43-34 at halftime.

Larkin and Beaubois kept pushing Efes after the break and Dunston's off-balance 3-point play gave the hosts a 50-37 margin.

Micic and Larkin each struck from beyond the arc to break the game open, 56-38. Jenkins hit a jumper and Vassilis Spanoulis added a triple to bring Olympiacos a bit closer, 58-43, after 30 minutes.

Krunoslav Simon joined the 3-point shootout early in the fourth quarter and Dunston scored down low to make it a 20-point game.

Livio Jean-Charles tried to change things with a corner triple but didn't find much help. Larkin and Moerman helped Efes seal the outcome, 69-47, midway through the fourth quarter.