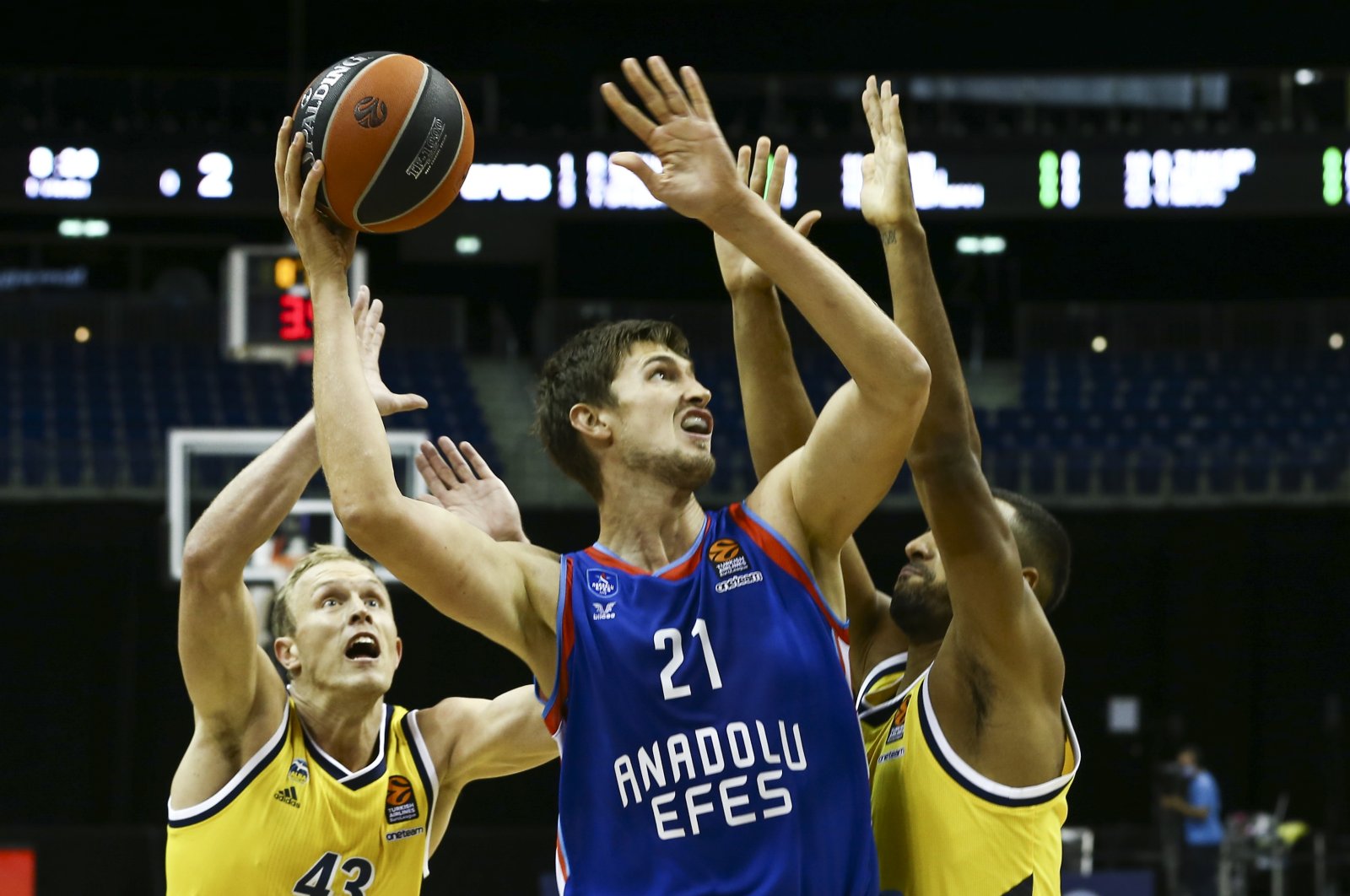 Istanbul club Anadolu Efes is set to play against Zalgiris Thursday in the Turkish Airlines EuroLeague basketball tournament in Lithuania in its fourth week.

The game will take place in Zalgirio Arena in the Lithuanian capital Kaunas, at 8 p.m.

Anadolu Efes earned its first victory against ALBA Berlin and after being defeated by Zenit and Fenerbahçe Beko in its first two games in the EuroLeague.

Zalgiris, on the other hand, wants to continue its three-match winning streak, as it previously won against Olympiakos, Khimki and Crvena zvezda. This will mark the 690th game of Anadolu Efes in European competitions. The Istanbul team gained 389 wins and 300 defeats in the previous 689 competitions.

Also, Anadolu Efes will play its 442nd match in the Turkish Airlines EuroLeague since its first participation in the 2001-02 season. It won 232 games while it faced defeat 209 times in Europe's most prominent club-level basketball organization.