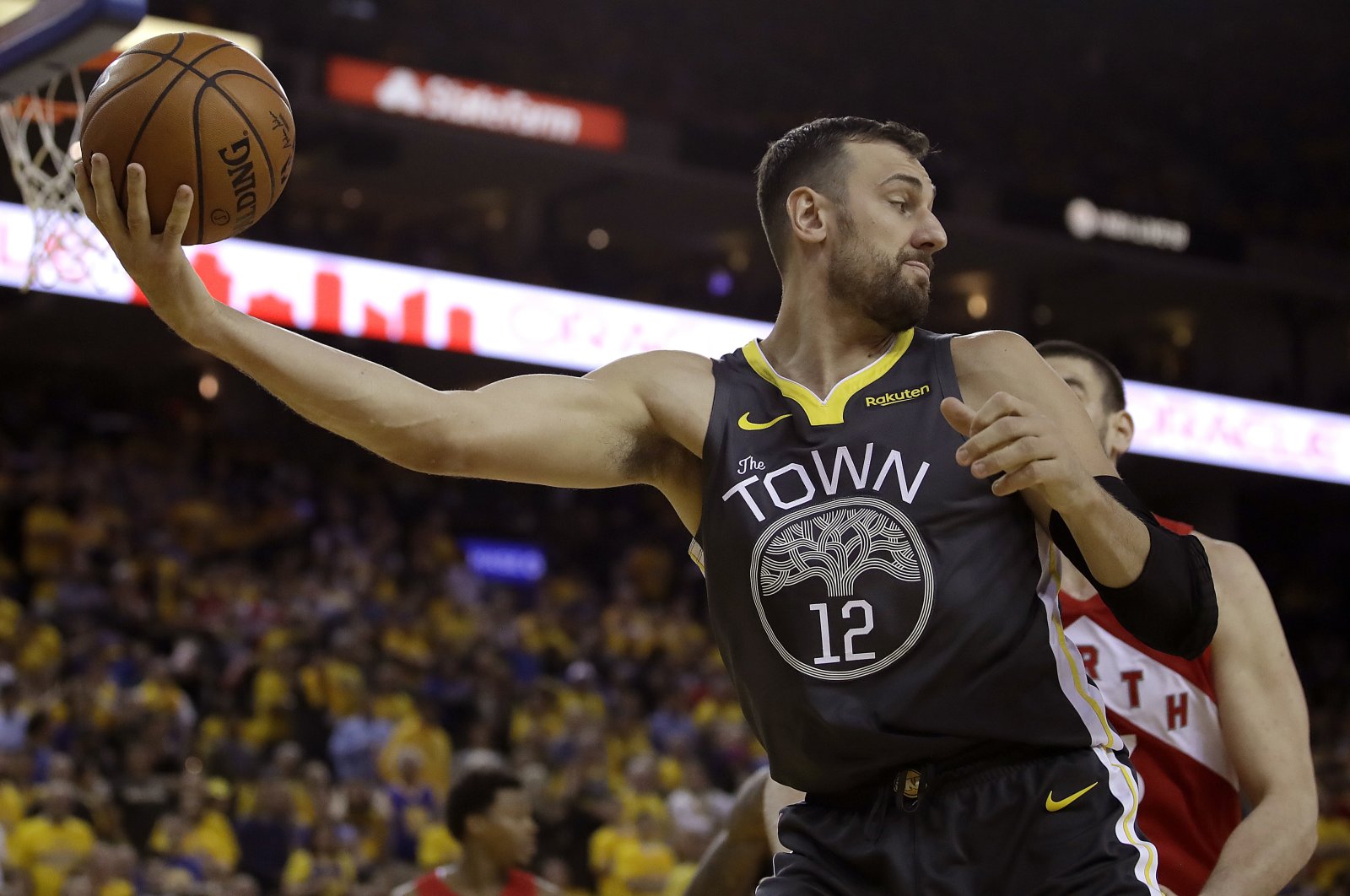 Australian basketball great Andrew Bogut, who inspired a raft of his countrymen to break into the NBA, called time on his career on Tuesday, leaving the nation without its most experienced campaigner ahead of next year's Tokyo Olympics. The 36-year-old center announced his decision on his podcast "Rogues Bogues," citing the growing toll of injuries on his body. "The last two years have been a real challenge for me just to get out of bed in the morning some days, let alone go to a training session or a game," said Bogut, who parted ways with the Sydney Kings in May. "The body, probably from 2018 onwards, was hanging by a thread." "It was real challenging and the from the 2019-20 season that thread was completely frayed and in little pieces."

Bogut, who won an NBA championship with Golden State in 2015, played his last game for the Kings in March before the NBL finals series was called off midway through due to COVID-19.

Sharp-witted and rarely shy of an opinion, Bogut exited the season with typical candour, slamming the league for its handling of the pandemic and for treating players like "pawns."

After playing college basketball for the University of Utah, the Melbourne-born 7-footer became the first Australian taken with the NBA's top draft pick when selected by Milwaukee in 2005. He suffered a string of serious injuries throughout his career, including a sickening fall under the rim in 2010 that broke his hand and dislocated his elbow. But he battled back each time and ended up with a championship ring in 2015 in his third season with Golden State. Coming home to Australia, he won the NBL's MVP award with the Kings last year before returning to the Warriors for a late-season cameo in their run to the 2019 NBA Finals, where they were beaten by the Toronto Raptors.

His announcement triggered a flood of tributes from former team mates and coaches. "Congrats & thank you to @andrewbogut on an amazing career," Warriors coach Steve Kerr said on Twitter. "We couldn't have asked for a better fit at the center spot – a dominant defender who owned the paint." Bogut competed in three Olympics and was a member of the Australia squad that finished an agonising fourth at Rio in 2016. "Andrew was so much more than a big man, he had an aura about him,” Australian Olympic Committee President John Coates said. "He was an inspirational figure for the Australian Olympic team and a leader on and off the court."

Bogut's hopes of winning a maiden Olympic medal for Australian men's basketball are now over, but he said he felt unable to rally for another tilt at Tokyo. "I just can’t physically and mentally get to 2021 with the way the body has been,” he said. "I mean, I could, on a lot of painkillers and with a lot of physical and mental anguish, but it’s just not worth it at this point in my career."