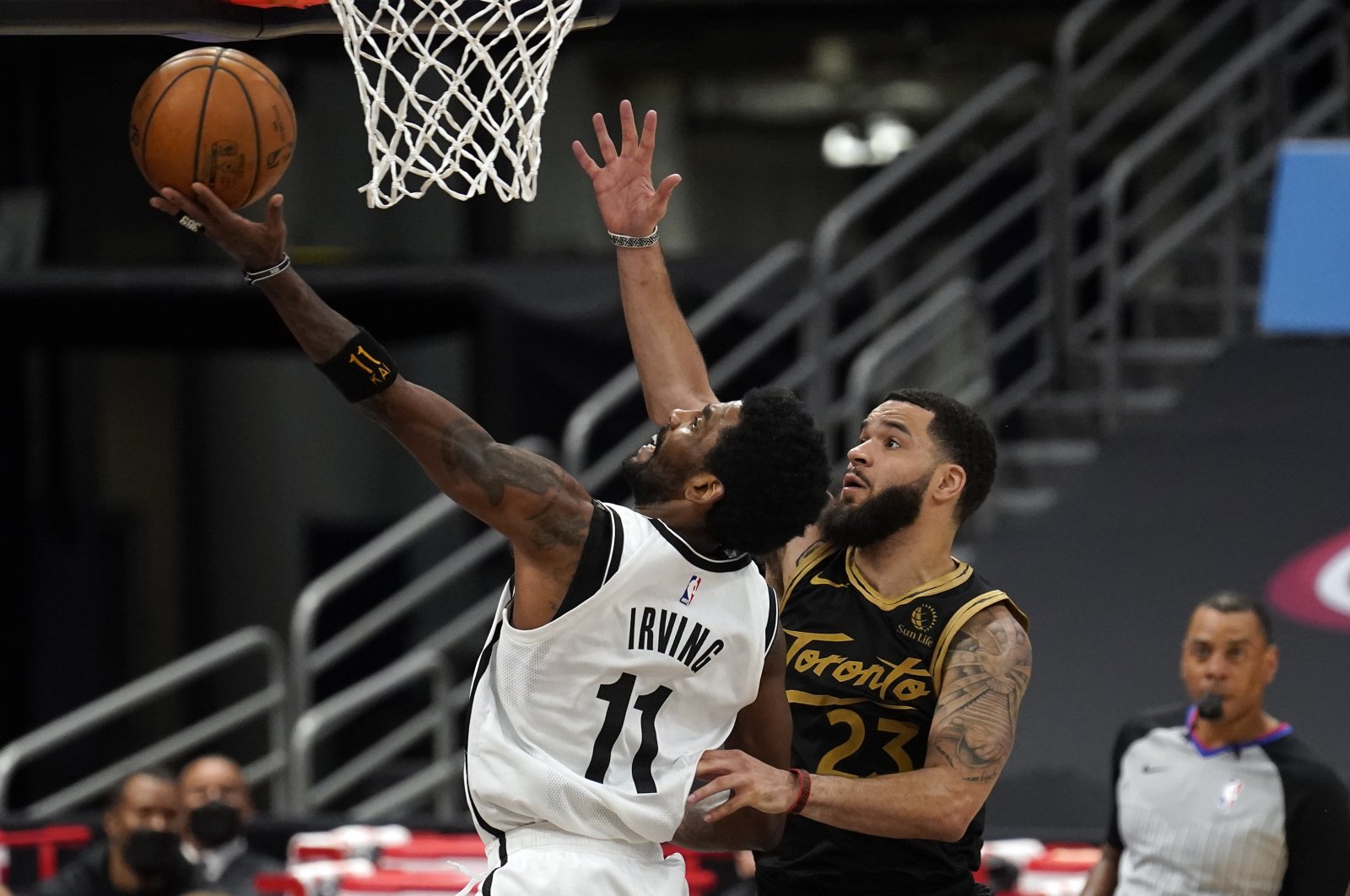 Brooklyn Nets became the first Eastern Conference side to secure a place in the NBA playoffs after beating Toronto Raptors 116-103 Tuesday.

Kevin Durant and Kyrie Irving inspired the New York powerhouse with a combined 26 points. The Nets overturned a six-point deficit with just under 10 minutes remaining in the final quarter to pull away for a win which leaves them on top of the conference with 42 wins and 20 defeats.

Jeff Green led the Brooklyn scoring with 22 points while Blake Griffin delivered another solid performance with 17 points from 22 minutes on court. Joe Harris had 16 points while Landry Shamet had 14 off the bench.

Toronto's Kyle Lowry led the scoring for the 2019 NBA champions with 24 points while OG Anunoby had 21.

Nets coach Steve Nash saluted his team's character for securing a playoff place despite injuries that have prevented their big three of Durant, James Harden and Irving from playing together regularly this season.

"We have our eyes on bigger things but it's a nice first step to clinch a berth," Nash said. "For this group, facing all we've faced to be in this position with 10 games left is very positive."

"His I.Q., his toughness, his physicality, his willingness to give up his body and be physical. It's a different role for him than being asked to carry or produce – he's a complementary player now and he's accepted that with joy and pride. He's been great."

In Charlotte, Giannis Antetokounmpo scored 29 points and grabbed 12 rebounds as the Milwaukee Bucks solidified their hold on third place in the Eastern Conference with a 114-104 win over the Hornets.

Brook Lopez pocketed 22 points and Khris Middleton added 17 as the Bucks improved to 38-23 to edge closer to the postseason.

Charlotte remains in contention for a place in the play-in tournament despite falling to 30-31 for the season. Devonte Graham led the Hornets scoring with 25 points while Miles Bridges had 21.

Elsewhere Tuesday, Anfernee Simons had 27 points as the Portland Trail Blazers blew away the Indiana Pacers in Indianapolis, dishing out a 133-112 beatdown at the Bankers Life Fieldhouse arena.

Simons went on a blistering 3-point blitz, making nine out of 10 attempts from outside the arc in his 24 minutes on court.

Damian Lillard added 23 while C.J. McCollum added 20 as Portland moved to within striking distance of an automatic playoff place. The Blazers are now seventh in the West on 33-28, just behind the sixth-placed Dallas Mavericks.

The Mavericks meanwhile improved to 34-27 with a brutal 133-103 pounding of the Golden State Warriors in San Francisco.

Luka Doncic finished with 39 points, six rebounds and eight assists as Dallas showed no mercy to an outclassed Dubs line-up.

The Mavs raced into a 36-12 first-quarter lead and kept their foot down, at one stage stringing together a 28-0 run and building a 43-point lead.