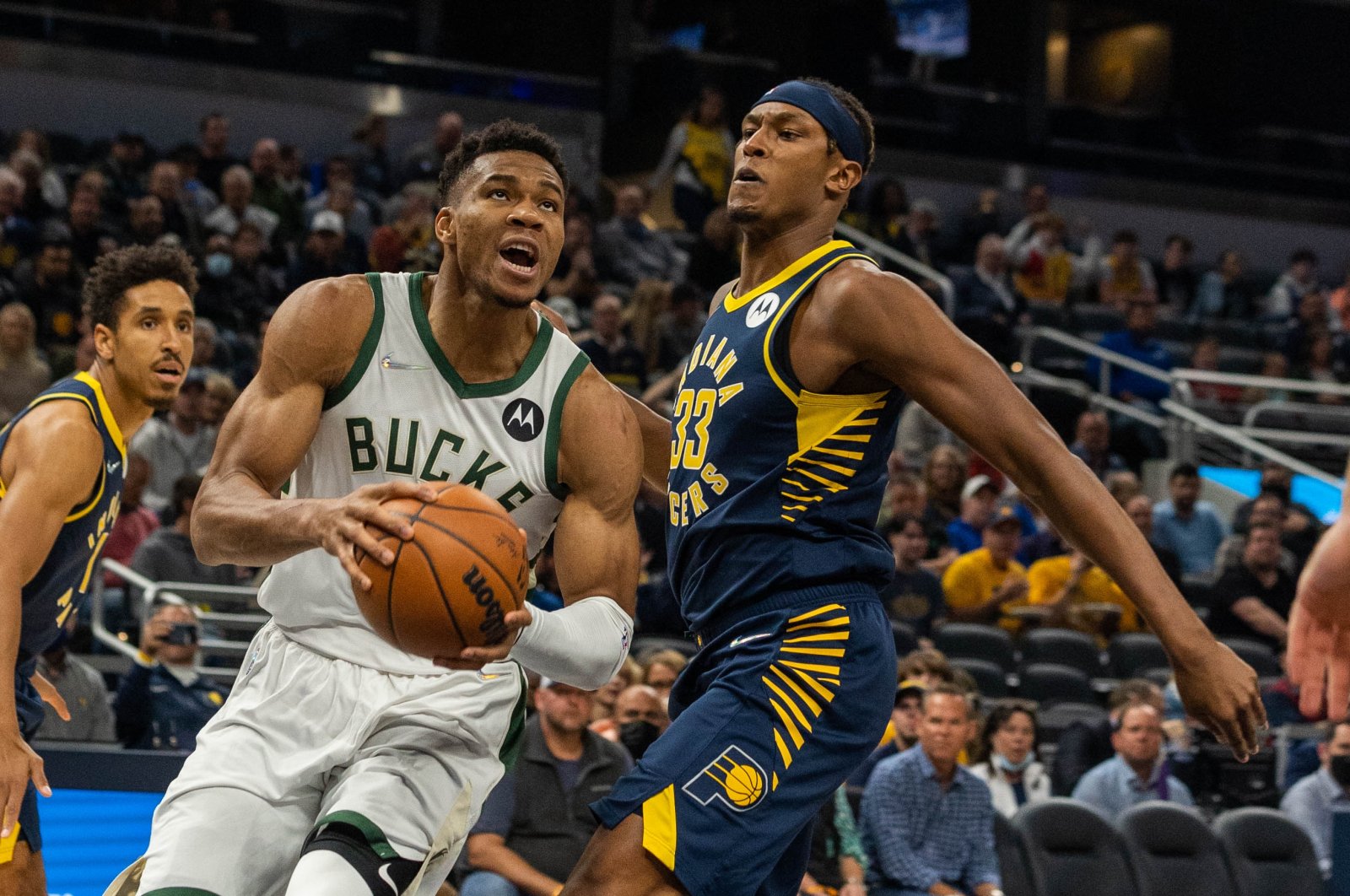 Giannis Antetokounmpo and Khris Middleton inspired defending champions Milwaukee Bucks to pick up a 119-109 win over the mistake-prone Indiana Pacers on Monday.

Antetokounmpo finished with 30 points, 10 rebounds and nine assists while Middleton had 27 points for the Bucks, who went on an 11-2 run at the end of the second quarter and took advantage of 19 turnovers by the Pacers in front of a crowd of 17,900 at Gainbridge Fieldhouse arena.

The win wrapped up a three-game road trip for the reigning NBA champion Bucks.

"It was really aggressive Giannis tonight," Milwaukee coach Mike Budenholzer said. "At the same time, he (was) making reads, making great passes. When he's attacking like that, that's when we are at our best. He had that extra gear tonight," he said.

Malcolm Brogdon led the Pacers with 25 points and forward Domantas Sabonis scored 21 points and grabbed a game-high 13 rebounds to post a double-double for the third time in four games.

Indiana rookie Chris Duarte continued his strong start, finishing with 18 points. He has scored at least 15 in each of his first four NBA games.

Indiana tried to rally in the fourth quarter with an 11-1 scoring burst that cut the Bucks' lead to just five points. But that would be as close as they would get, as the Bucks would hold on for the win.

The game got testy in the fourth quarter when Bucks George Hill was slapped with a technical after getting tied up with Pacers Brogdon under Indiana's basket. Pacers Goga Bitadze, of Georgia, was also given a technical on the play.

Elsewhere, Kevin Durant scored 25 points, and the Brooklyn Nets overpowered the Washington Wizards with a 104-90 victory in New York.

Durant shot nine of 17 from the field in 35 minutes of playing time Monday. He added eight rebounds and four assists.

Patty Mills came off the bench to drain five 3-pointers and finished with 21 points.

Brooklyn's Bruce Brown contributed 14 points, and James Harden chipped in 14, nine assists and six rebounds as the Nets shot 42.6% from the field.

Bradley Beal returned from a one-game absence due to a hip contusion and led the Wizards with 19 points.

Also, DeMar DeRozan scored 26 points against his former team, including 11 in the fourth quarter, as the Chicago Bulls held on to beat the Toronto Raptors 111-108.