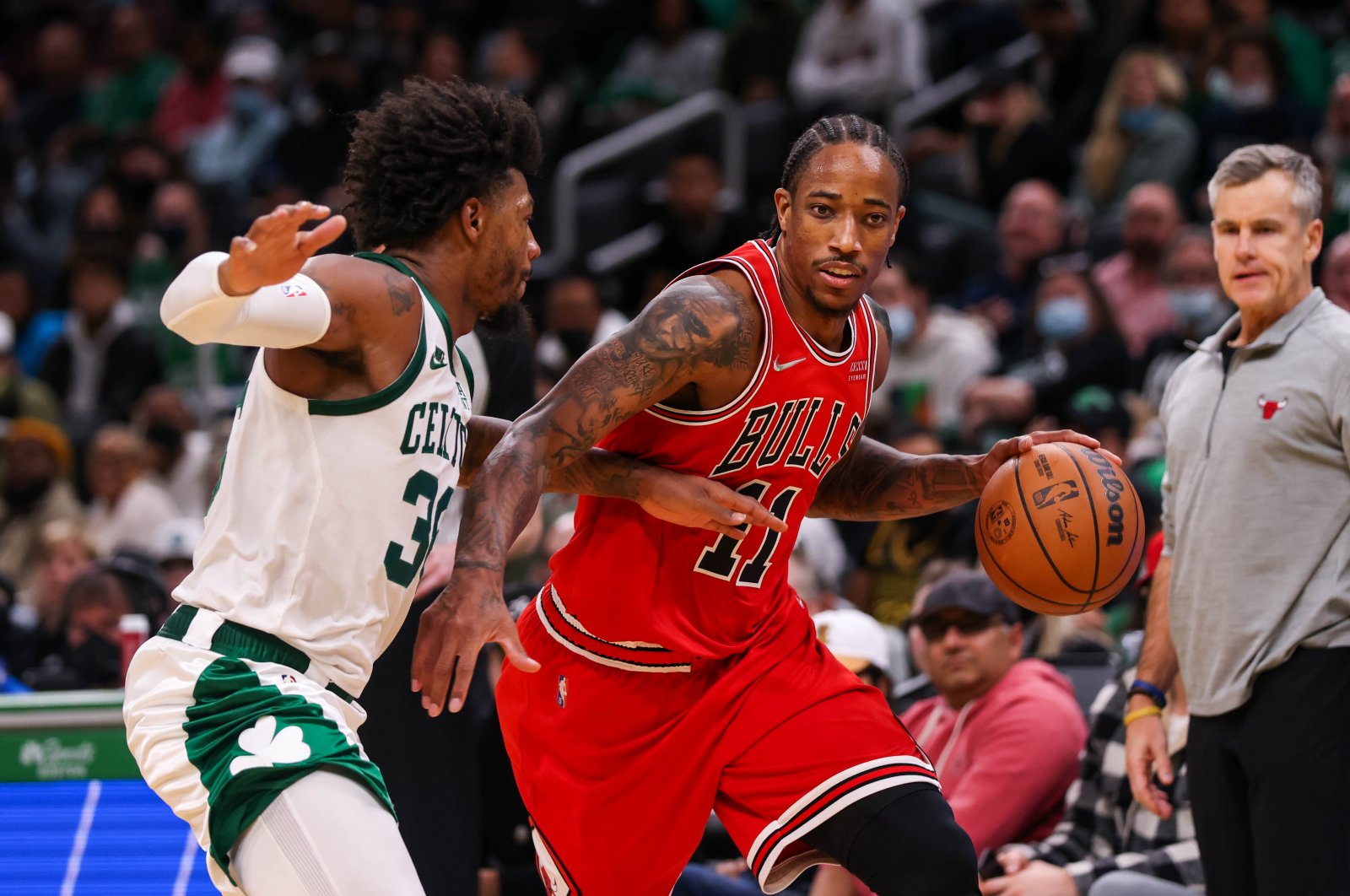 Chicago Bulls' DeMar DeRozan netted a game-high 37 to inspire his side to a fourth-quarter surge and beat the struggling Boston Celtics 128-114 on Monday.

DeRozan shot 15-of-20 from the field and added seven rebounds for the Bulls, who rallied from a 19-point deficit in the third quarter for the win.

Zach LaVine finished with 26 points and dished out seven assists in the win in front of a crowd of 19,100 at the Boston Garden.

Ayo Dosunmu's 3-pointer with just under seven minutes left in the fourth quarter capped a 29-9 run to give the Bulls a 106-105 lead.

Chicago stretched its lead to double figures after that and outscored Boston 39-11 overall in the final quarter.

Dosunmu finished with 14 points, Lonzo Ball added 12 for the Bulls, who earned their sixth win in seven games to start the season.

Jaylen Brown had 28 points and seven rebounds to lead the Celtics. Jayson Tatum scored 20, Al Horford chipped in 20 with 10 rebounds and Marcus Smart scored 16 in the loss.

Boston dropped to 2-5 on the season, marking its worst seven-game start since the 2006-07 campaign when they lost six of their first seven games.

Elsewhere, Domantas Sabonis scored 24 points and grabbed 13 rebounds as the Indiana Pacers snapped a four-game losing streak with a 131-118 blowout win over the San Antonio Spurs.

The Pacers cruised to a 22 point lead at halftime and stretched that to 25 halfway through the third quarter in front of a crowd of 17,900 at the Gainbridge Fieldhouse in Indianapolis.

"I thought this was the kind of game we needed, the type of game we need to play," coach Rick Carlisle said. "I would like not to give up 118 points, but we need to embrace this and keep working to get better."

Myles Turner added 19 points, Justin Holiday scored 17, Chris Duarte racked up 18 for the Pacers who sank a season-high 18 3-pointers in the win.

Dejounte Murray scored a team-high 16 points for the Spurs, who had allowed just 93 points to the defending league champion Milwaukee Bucks on Saturday.

"Our worst game of the year," he said.

Turkish forward Furkan Korkmaz added 15 points and Andre Drummond had 14 points, 15 rebounds, seven assists and five steals for the short-handed Sixers, who won their third in a row.