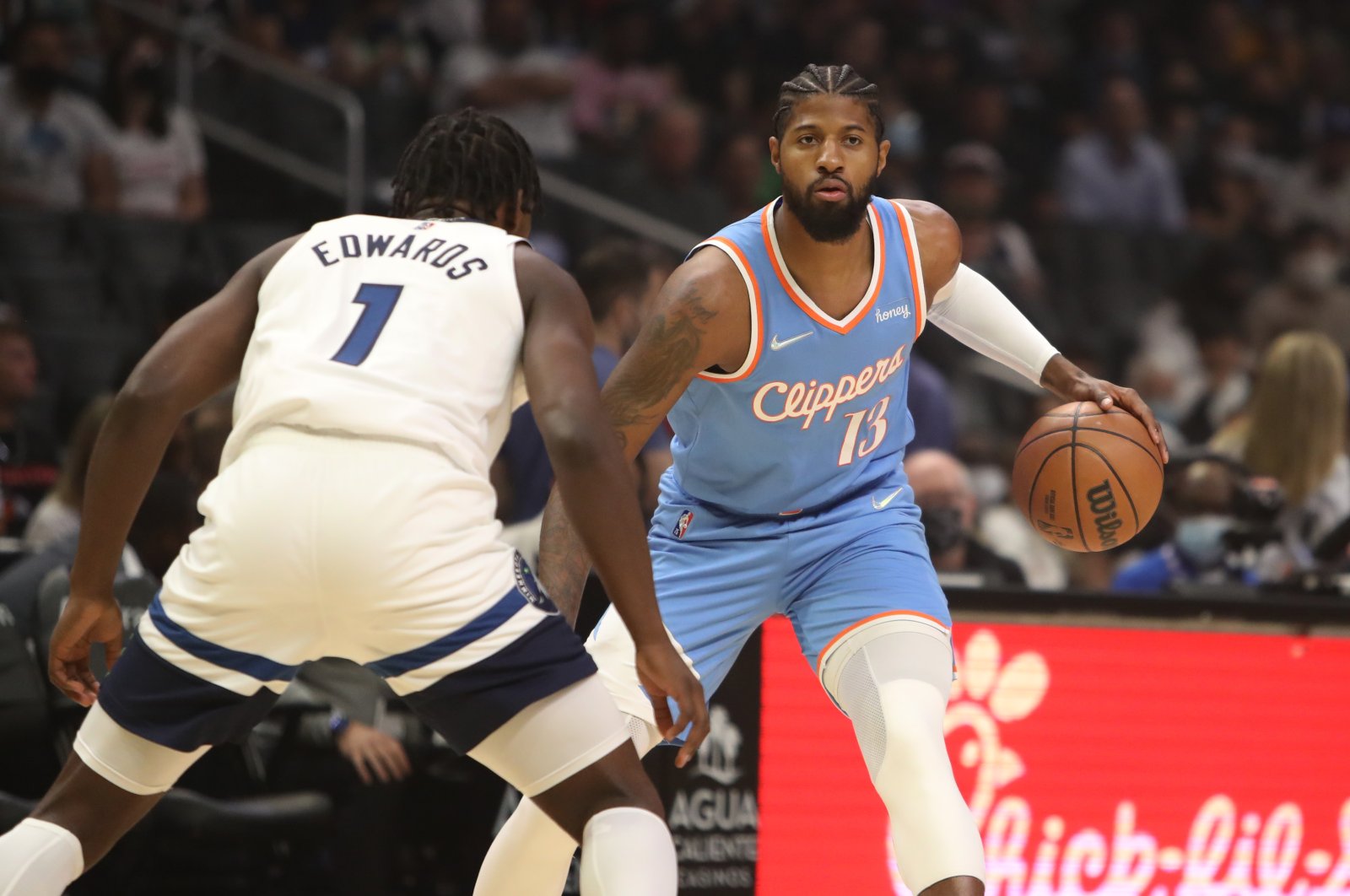 Los Angeles Clippers clinched a seventh straight NBA win after Paul George's game-high 23 points guided them to 129-102 over the Minnesota Timberwolves on Saturday.

Reggie Jackson added 21 points for the Clippers, who beat the Timberwolves for the third time in 11 days in front of a crowd of 19,060 at Staples Center arena in downtown Los Angeles.

Ivica Zubac and Isaiah Hartenstein both put up double-doubles for the Clippers, who took advantage of a tired Timberwolves team one night after Minnesota clobbered the Los Angeles Lakers on the same court.

"It was an all-around team win," Clippers coach Tyronn Lue said. "Everybody did their part."

Anthony Edwards led the Timberwolves with 21 points after he had contributed just nine points to Friday's 107-83 win over the Lakers.

Karl-Anthony Towns was held to eight points on just three-of-11 shooting from the field on Saturday night. For Towns, it marked his first single-digit scoring game since 2018 and it came one night after scoring 29 points against the Lakers.

"We're fronting him on the post and coming with the low man," Lue said of guarding Towns. "We just try to switch everything so he can't get shots off. We just want to slow him down."

In Salt Lake City, the Miami Heat snapped a three-game losing skid and swept the season series against Utah with a 111-105 victory over the Jazz.

Tyler Herro powered the Heat with 27 points and eight rebounds in front of a crowd of 18,300 at Vivint Arena.

Duncan Robinson scored 22 points and added a half dozen 3-pointers and Kyle Lowry finished with 21 for the Heat.

"We were physically and mentally ready to go into this game," Lowry said. "We lost three games on this road trip – two of them we had an opportunity to really win. We just got to continue to build and today was a good building block for us."

Bojan Bogdanovic scored 19 of his 26 points in the fourth quarter to lead the Jazz, who lost for the fourth time in their last five games.

"I wouldn't say we're out here panicking, but I think it's upsetting," Jazz player Donovan Mitchell said. "I think that'll be the word I use. It's upsetting because we know each other, we know what we're doing. And it's just time for us to go out there and do it."

Miami jumped out to a 23-7 lead in the first quarter thanks to some solid 3-point shooting from Robinson and Bam Adebayo.

Clarkson carried the Jazz on his back to slash the deficit, scoring 11 consecutive points in just 76 seconds to trim the lead to 27-24.

The Heat led by as many as 27 points in the second half before the Jazz used another late rally to pull within 109-105 with just 14 seconds to go in the fourth quarter.