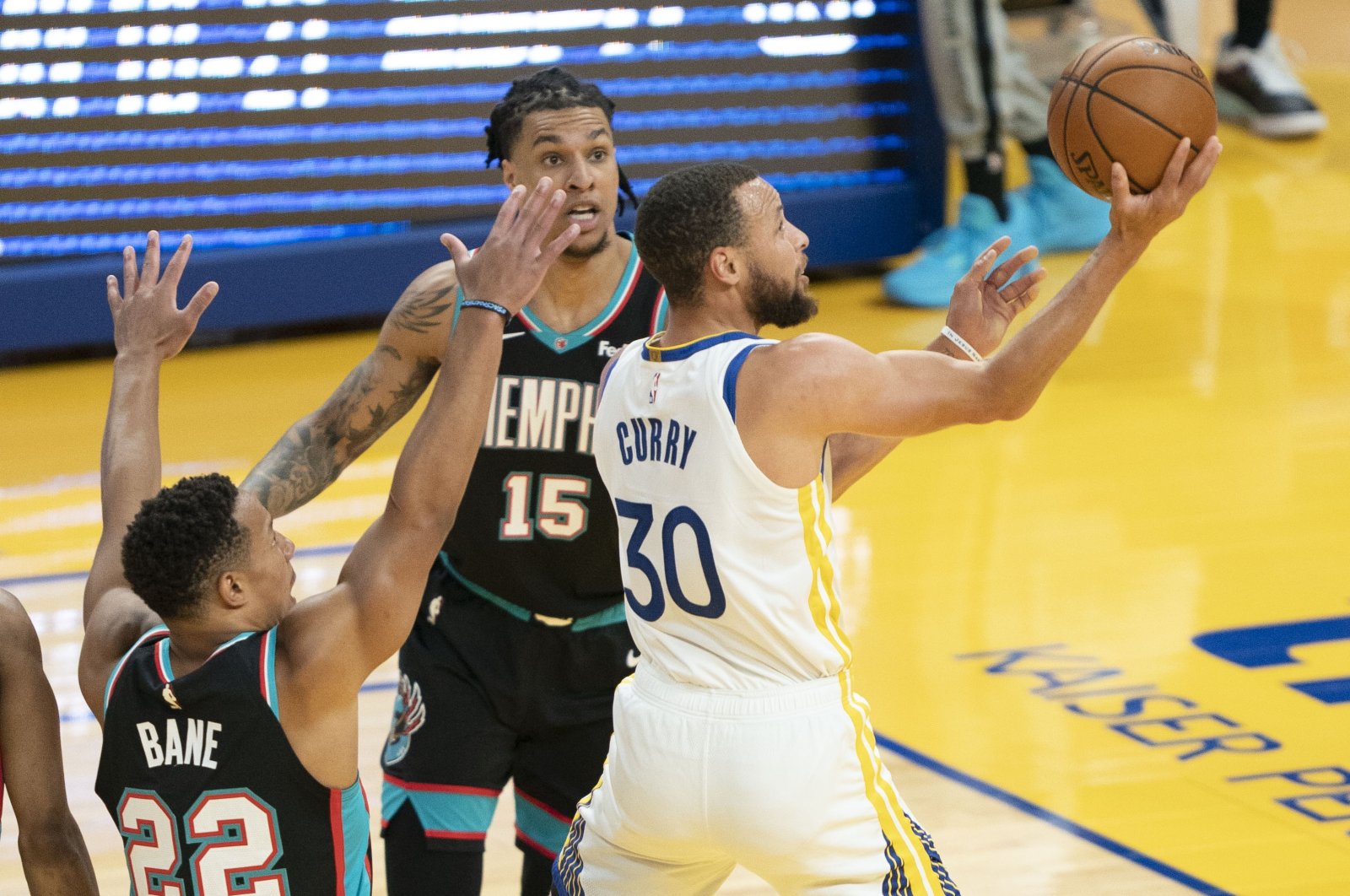 Golden State Warriors' Stephen Curry claimed his second NBA scoring title as he led his side with 46 points in a 113-101 win over Memphis Grizzlies in San Francisco Sunday.

Curry finished the regular season with a 32.0-point scoring average, claiming the league title over Washington's Bradley Beal who scored 25 points earlier Sunday to finish at 31.3 points per game (ppg).

"I had a lot of good looks all night," Curry said. "We were in sync. The guys set great screens for me."

The 33-year old Curry won his first scoring title in 2016. He and Michael Jordan are the only NBA players to win a scoring title after turning 33.

Curry scored 17 of his game-high 46 points in the third quarter as the Warriors seized the Western Conference number eight spot in this week's play-in tournament.

Golden State will now play on Wednesday, at either Portland or the Los Angeles Lakers, both of whom took the court later Sunday.

Curry got plenty of help from his supporting cast, including Jordan Poole who halted a Grizzlies rally with a late 3-pointer.

The Warriors outscored the Grizzlies 45-18 from three-point range and outshot their opponents 49.4% to 43.5% overall.

"It is just confidence and the expectation and ability to know they are going to have opportunities," said Curry of his teammates. "If I get a lot of attention we move the ball, they are out there to make plays.

"Everybody has to be confident they are going to make an impact on both ends of the floor. We are going to need that."

Andrew Wiggins finished with 21-points and 10-rebounds, while Draymond Green just missed a triple-double with 14 points, nine rebounds and a game-high-tying nine assists. Kevon Looney a team-high 11 rebounds for the Warriors.

Jonas Valanciunas scored 29 points and delivered 16 rebounds for Memphis, who had all five starters in double figures.

Brooks finished with 18 points, while Ja Morant tallied 16 and nine assists for the Grizzlies, who trailed 86-69 at the end of the third quarter.