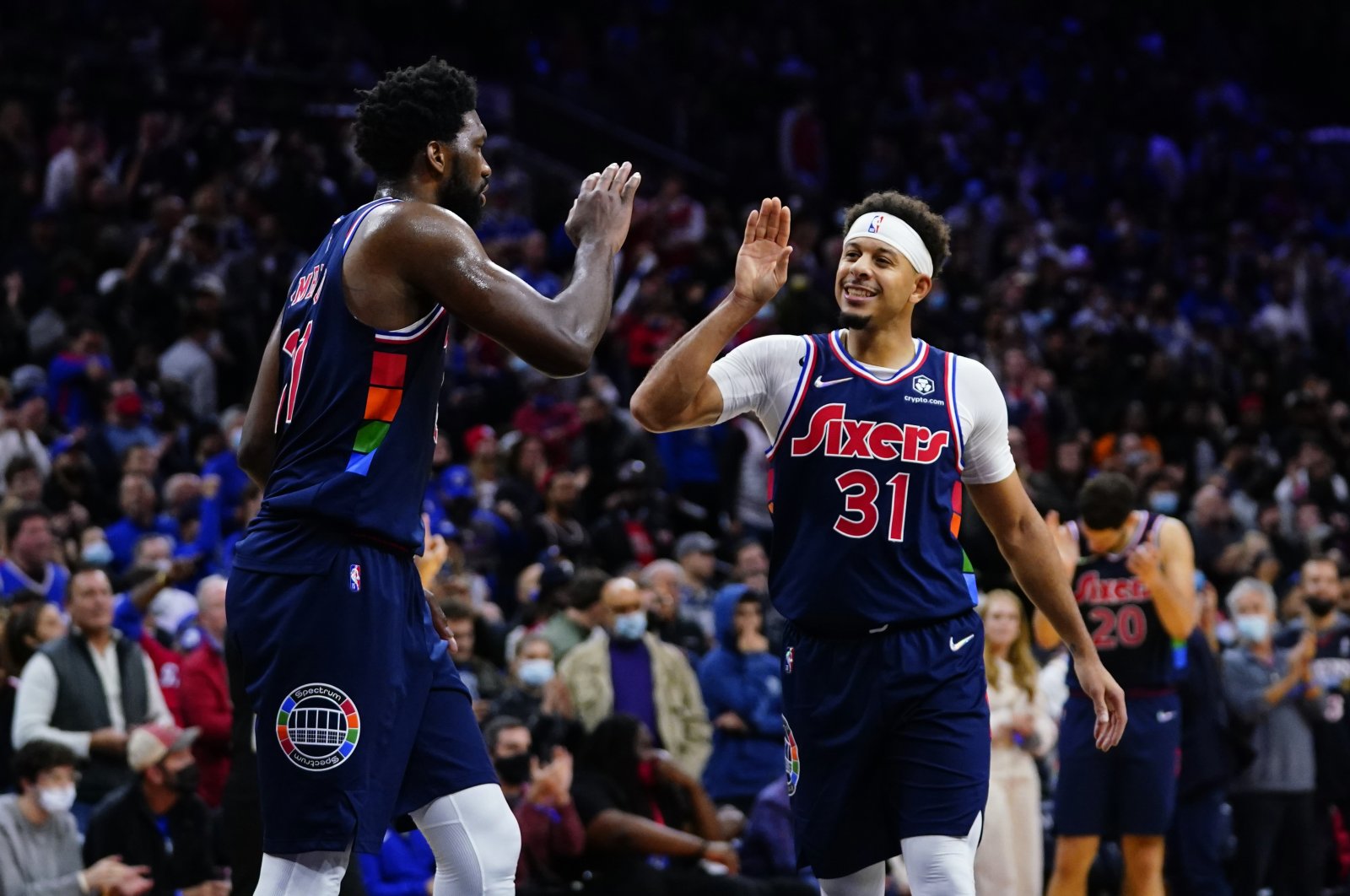 Seth Curry netted 22 points and Joel Embiid scored 18 as they led Philadelphia 76ers to 103-98 victory over the in-form Chicago Bulls on Wednesday.

The Sixers, missing unsettled star Ben Simmons as well as Danny Green and Tobias Harris – out with a hamstring injury and COVID-19, respectively – led almost from start to finish at the Wells Fargo Center to clinch the victory.

Curry led the scorers for Philadelphia while Embiid and Georges Niang chipped in with 18 points as the Sixers improved to 6-2.

Chicago's DeMar DeRozan led with 37 points and Zach Lavine had 27, but the duo could not rescue the Bulls from their only second defeat of the season.

Only one other Bulls player – Lonzo Ball with 13 points – made double figures.

Elsewhere Wednesday, Nikola Jokic posted a game-high 34 points but it was not enough to stop the Denver Nuggets from falling to a 108-106 defeat to the in-form Memphis Grizzlies.

Reigning NBA MVP Jokic had 11 rebounds with five assists while Will Barton added 26 points for Denver.

But the visitors were undone by another potent all-round offensive performance from Memphis, who spread the scoring with six players in double digits.

The Grizzlies combined for 16 3-pointers throughout a hard-fought game which was only settled in the final seconds after Denver recovered from a 37-19 first quarter mauling.

Jaren Jackson Jr. had 22 points while Ja Morant added 18. Desmond Bane and Kyle Anderson chipped in with 16 points each.

Memphis improved to 5-3 with the win while the Nuggets fell to 4-4.

Nets win three in a row

In New York, the Brooklyn Nets romped to a third straight victory with a 117-108 defeat of the Atlanta Hawks.

After just shading an even first half to lead 61-59 at the break, Brooklyn pulled clear in the third quarter, outscoring Atlanta 34-20 to take a grip on the contest.

Durant said the Nets are still finding their way after an injury-plagued 2020-2021 season.

"We didn't have a lot of continuity from last year, but we're trying to build on that," Durant said.

"It feels like we're all growing and learning and figuring each other out. It's good to see the progression. We just keep grinding, that's all I've been saying."

De'Andre Hunter was the pick of the Hawks scorers with 26 points while Trae Young added 21 points with 10 assists and nine rebounds.

Knicks struggle on the road

The New York Knicks meanwhile found the going harder on the road in Indianapolis, losing 111-98 to the Pacers.

Indiana led from start to finish, opening up a 15-point lead in the first quarter and preserving a double-digit advantage for long periods.

Myles Turner led the Pacers' scoring with 25 points – 21 of them coming from 3-point range – with Caris LeVert adding 21.

R.J. Barrett topped the Knicks scorers with 23 points while Julius Randle was restricted to 18.

In San Francisco, the expected duel between the Charlotte Hornets' LaMelo Ball and Golden State's Steph Curry failed to materialize as the Warriors secured a 114-92 win to improve to 6-1 at the top of the Western Conference.

Ball was held to 14 points and Warriors star Curry finished with a modest 15-point tally.

Instead, it was left to the Warriors' Jordan Poole and Charlotte's Miles Bridges to provide the fireworks.

Bridges led the game scoring with 32 points, including five 3-pointers, while Poole posted 31 points for Golden State. Poole made seven of 16 attempts from 3-point distance.