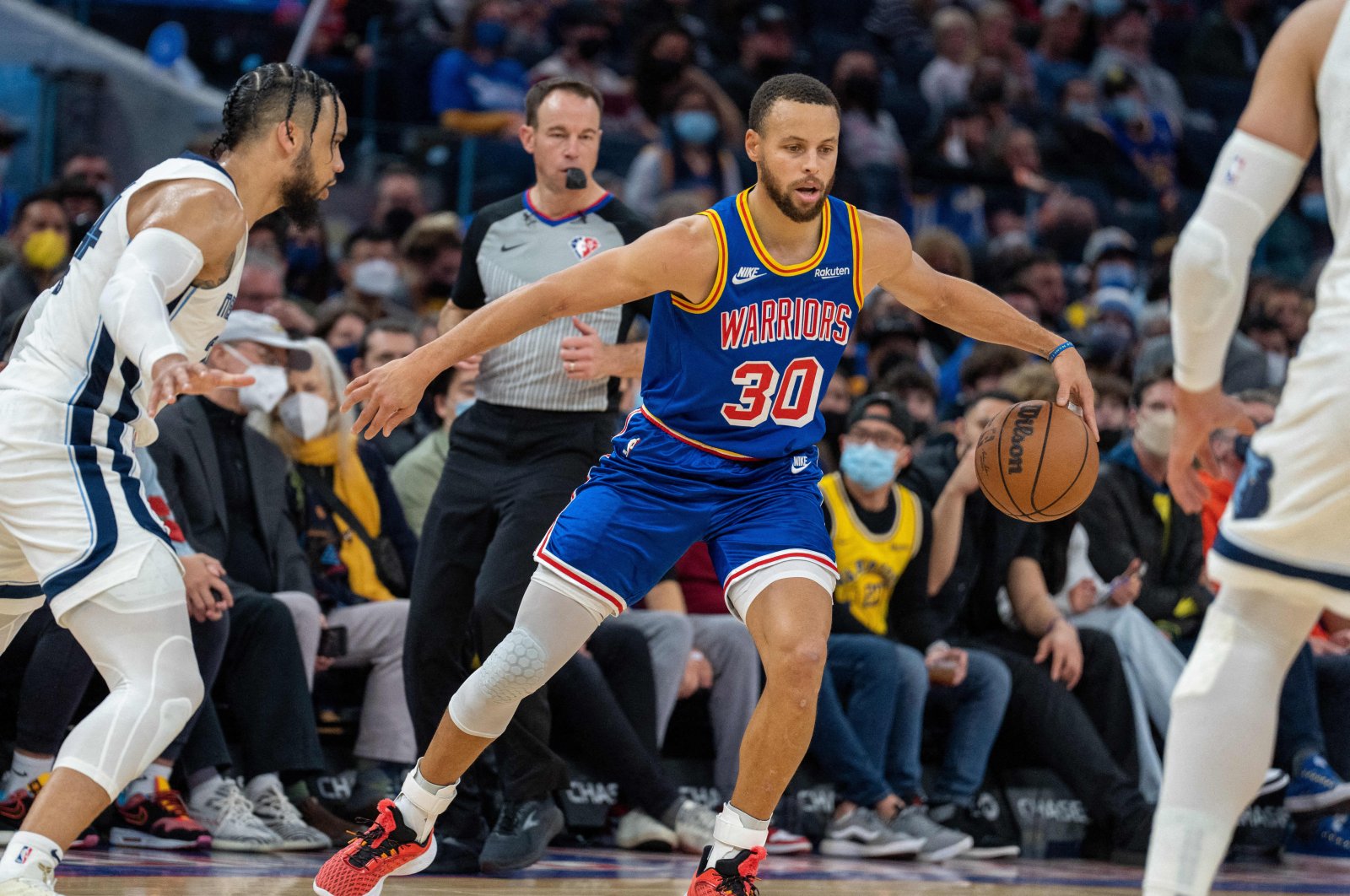 Golden State star Stephen Curry netted a match-high 46 to guide the Warriors to a 113-104 win against the Memphis Grizzlies on Thursday.

The win kept the Warriors a half-game behind Phoenix Suns for the best record in the NBA this season.

The Suns, led by 30 points from Devin Booker, meanwhile warmed up for a Christmas Day marquee clash against Golden State with a 113-101 victory over Oklahoma City Thunder in Phoenix.

Trailing by three at halftime, Phoenix out-scored the Thunder 37-21 in the third period to take control, pushing their lead to as many as 16 points in the fourth quarter.

Back in San Francisco, Curry drained eight 3-pointers and Gary Payton Jr. added four from beyond the arc on the way to 22 points for the Warriors, who thwarted a late Grizzlies rally.

Golden State responded with a basket from Juan Tosco-Anderson. Payton made a 3-pointer and Curry drove for a layup as the Warriors pulled away again.

"That's about as good as it gets against a very physical defense with great size. For him to get 46, he showed every bit of his talent and will tonight."

The San Antonio Spurs used a 3-point barrage to withstand a 36-point performance from LeBron James in a convincing 138-110 victory over the Lakers in Los Angeles.

"They've been one of the hottest teams in the league over the last 10 games, they've been playing exceptional basketball," James said of the Spurs. "Every mistake that we had, every breakdown we had, they made us pay."

Drew Eubanks scored 30 points off the bench, Derrick White added 23 and the Spurs drained 18 3-pointers in the victory in the last game at Staples Center before the name of the downtown Los Angeles arena changes to the Crypto.com Arena on Saturday.

The Singapore-based cryptocurrency platform reportedly purchased the rights to the arena name for $700 million over 20 years.

In other games Thursday – the last day of action before the NBA's five-game Christmas Day slate – Bogdan Bogdanovic scored 10 of his 15 points in the final four minutes as the short-handed Atlanta Hawks held off the Philadelphia 76ers 98-96.

The Hawks were without seven players because of COVID-19 concerns but they still managed to pull off the upset in Philadelphia, where Sixers star Joel Embiid missed a potential tying shot as time expired.

"With all the things that have happened here in the last, really, month of the season, coming to Philly on a back-to-back, a good team that has had our number this year, these guys responded to the challenge of getting up and playing harder and playing together and playing for 48 minutes," Hawks coach Nate McMillan said.

The Sixers also had their absentees – four of them because of COVID-19 – fielding their 17th different starting lineup of the season.

The rise in cases around the NBA as the United States copes with a nationwide coronavirus surge has seen a raft of players drafted into action from the developmental G-League and backup players called on to carry the load for many teams.

It wasn't enough, however, as the Knicks fell 124-117 to the Washington Wizards – who lost Bradley Beal to COVID-19 health protocols earlier Thursday.

The reigning NBA champion Milwaukee Bucks, still without two-time NBA Most Valuable Player (MVP) Giannis Antetokounmpo because of COVID-19 concerns, rallied to beat the even more depleted Mavericks in Dallas 102-95.

DeMarcus Cousins added 22 points and pulled down eight rebounds as the Bucks held off a Mavs team that had seven players – including star Luka Doncic – sidelined because of COVID-19.