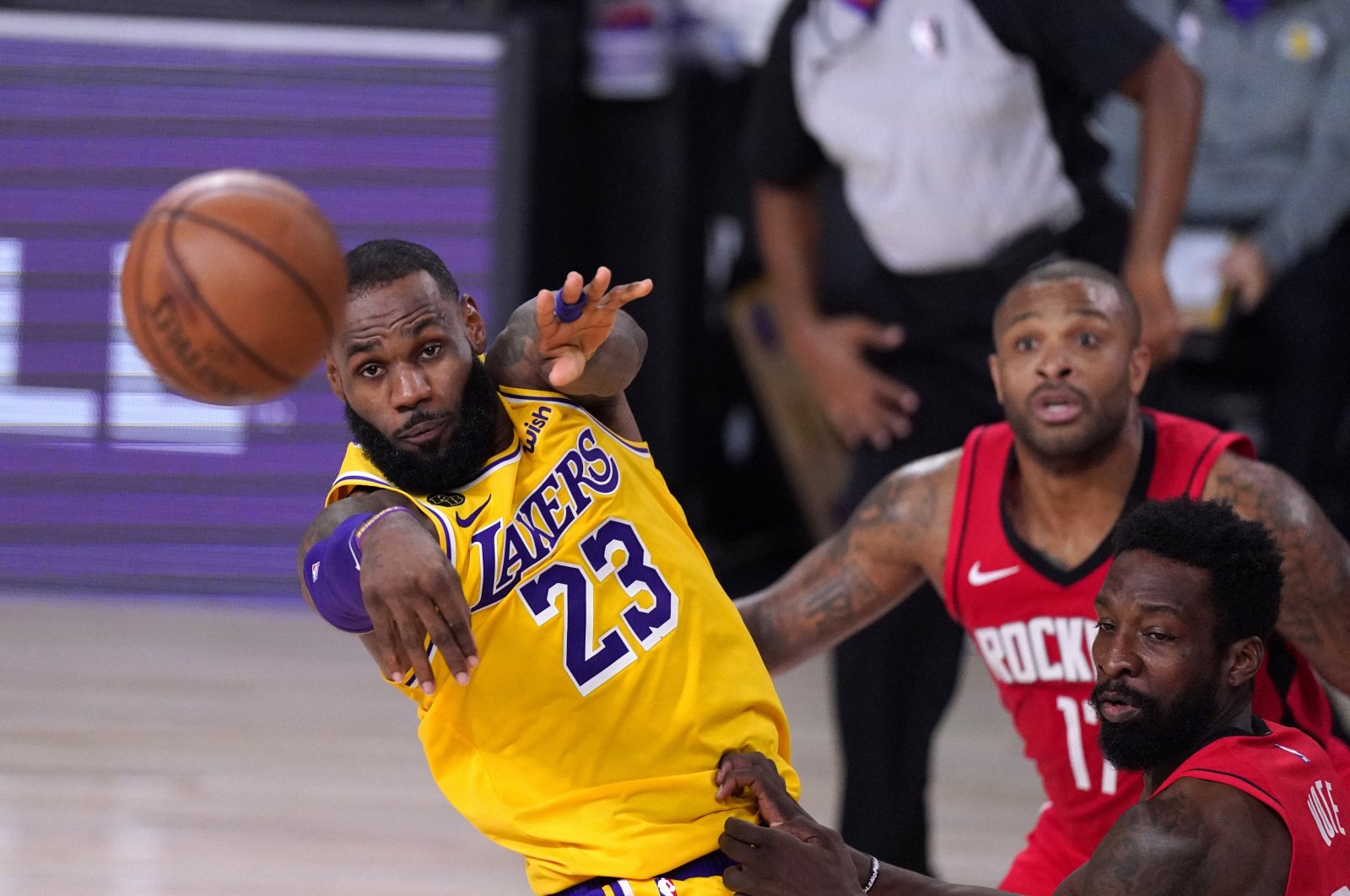 Anthony Davis recorded a double-double, LeBron James flirted with a triple-double and the Los Angeles Lakers parlayed a stifling defensive performance into a 110-100, wire-to-wire victory over the Houston Rockets in Game 4 of their Western Conference semifinal series Thursday.

The Lakers grabbed a commanding 3-1 series lead by dominating the facets of the game that fit their season-long profile: They clobbered the Rockets on the glass, overwhelmed them in the paint and torched Houston in transition.

The Lakers can secure a spot in the Western Conference Finals with a Game 5 win Saturday.

The Rockets played their second consecutive game without reserve forward Danuel House Jr., who is under investigation by the league for a possible breach of the bubble protocol. Houston appeared listless offensively and offered little resistance on defense.

Houston finished with a minus-26 rebounding margin and was outscored 62-24 in the paint.

James Harden entered Game 4 averaging 32 points in the series but had 21 points on 2-for-11 shooting with 10 assists. Russell Westbrook and Eric Gordon ignited the Rockets in the fourth, fueling a desperate rally to within 103-96 with 2:09 left. They trailed 101-78 prior to an 18-2 run.

Harden hit two free throws with 58 seconds left to get the Rockets within five at 105-100, but Alex Caruso drilled a 3-pointer with 34.6 seconds left. He finished with 16 points off the Lakers bench.

Westbrook finished with 25 points while Gordon chipped in 19. Austin Rivers scored 14 off the Houston bench and played a role in the fourth-quarter comeback attempt that proved futile.

The Lakers turned a 7-0 spurt into a double-digit lead at 37-27 in the second quarter and maintained control throughout.

The Rockets mustered only four field goals in the second quarter and were 3 for 13 from behind the arc at the intermission. The Lakers led 57-41 at the break.

The Lakers maintained that 16-point advantage entering the fourth, closing the third period with a 17-0 edge on fast-break points and the same 17-0 margin in second-chance points. Houston finished with more free throws made (30) than field goals (28).