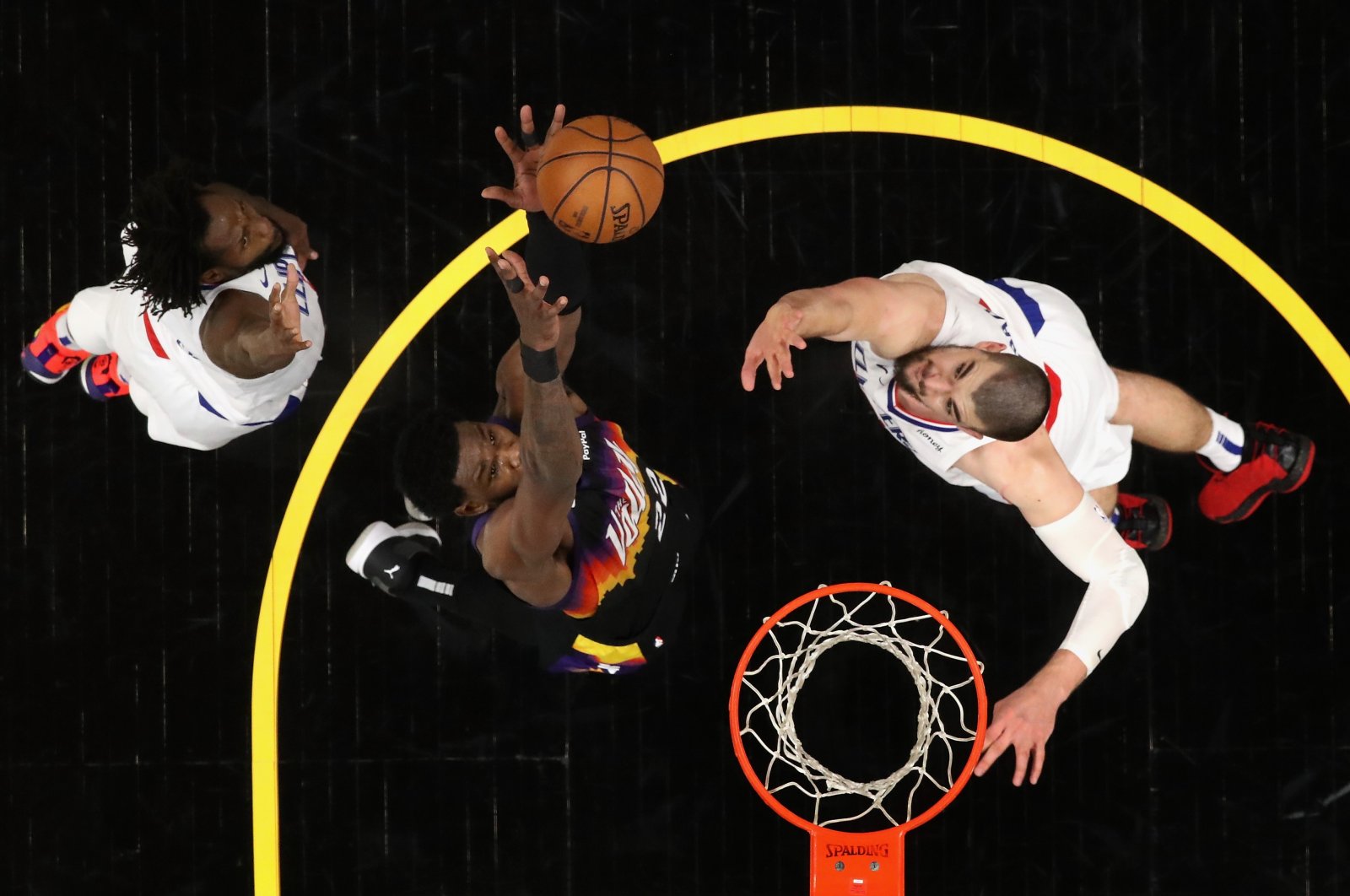 Phoenix Suns center Deandre Ayton sank a go-ahead alley-oop dunk off an inbound pass with just 0.7 seconds left to help his side to a thrilling 104-103 victory over the visiting Los Angeles Clippers on Tuesday.

With the win, the Suns took a 2-0 lead in the Western Conference finals.

Cameron Payne scored a career-high 29 points for the Suns while Ayton contributed 24 points and 14 rebounds.

Devin Booker scored 20 points, playing after getting his nose bloodied late in the third quarter and having stitches.

The Suns increased their playoff winning streak to nine games.

Payne stepped up to make 12 of 24 shots from the field and had nine assists with no turnovers. He was starting at point guard for the second consecutive game with Chris Paul in health and safety protocol after he reportedly tested positive for COVID-19.

Paul George scored 26 points and Reggie Jackson added 19 for the Clippers, who fell behind 2-0 in their third consecutive series. They rallied to defeat the Dallas Mavericks in the first round and came back against the top-seeded Utah Jazz in the conference semifinals.

George missed a pair of free throws with 8.2 seconds remaining that gave the Suns a chance to win the game.

The Clippers were playing their fourth consecutive playoff game without the forward Kawhi Leonard, who is out due to a sprained right knee.

Game 3 is set for Thursday night at Los Angeles, where the Clippers have won their past four after losing their first three home contests to Dallas.

The teams traded the lead multiple times in the final minute. The Clippers took a 101-100 advantage with 30.9 seconds remaining on a layup by George that came after Ivica Zubac blocked a Payne layup attempt. Zubac had 14 points and 11 rebounds for the Clippers.

After Patrick Beverley forced Booker into a turnover with 9.3 seconds remaining, George could have given the Clippers a three-point advantage, but he missed two free throws. He was 5 of 10 from the line in the game.

Mikal Bridges missed a 3-point attempt with 3.3 seconds remaining that would have given the Suns the lead, but the Clippers tipped the ball out of bounds with under a second left. Jae Crowder then lobbed the inbound pass toward the rim, with Ayton slamming down the game-winning basket.

Los Angeles could not get off another shot before the final horn sounded.