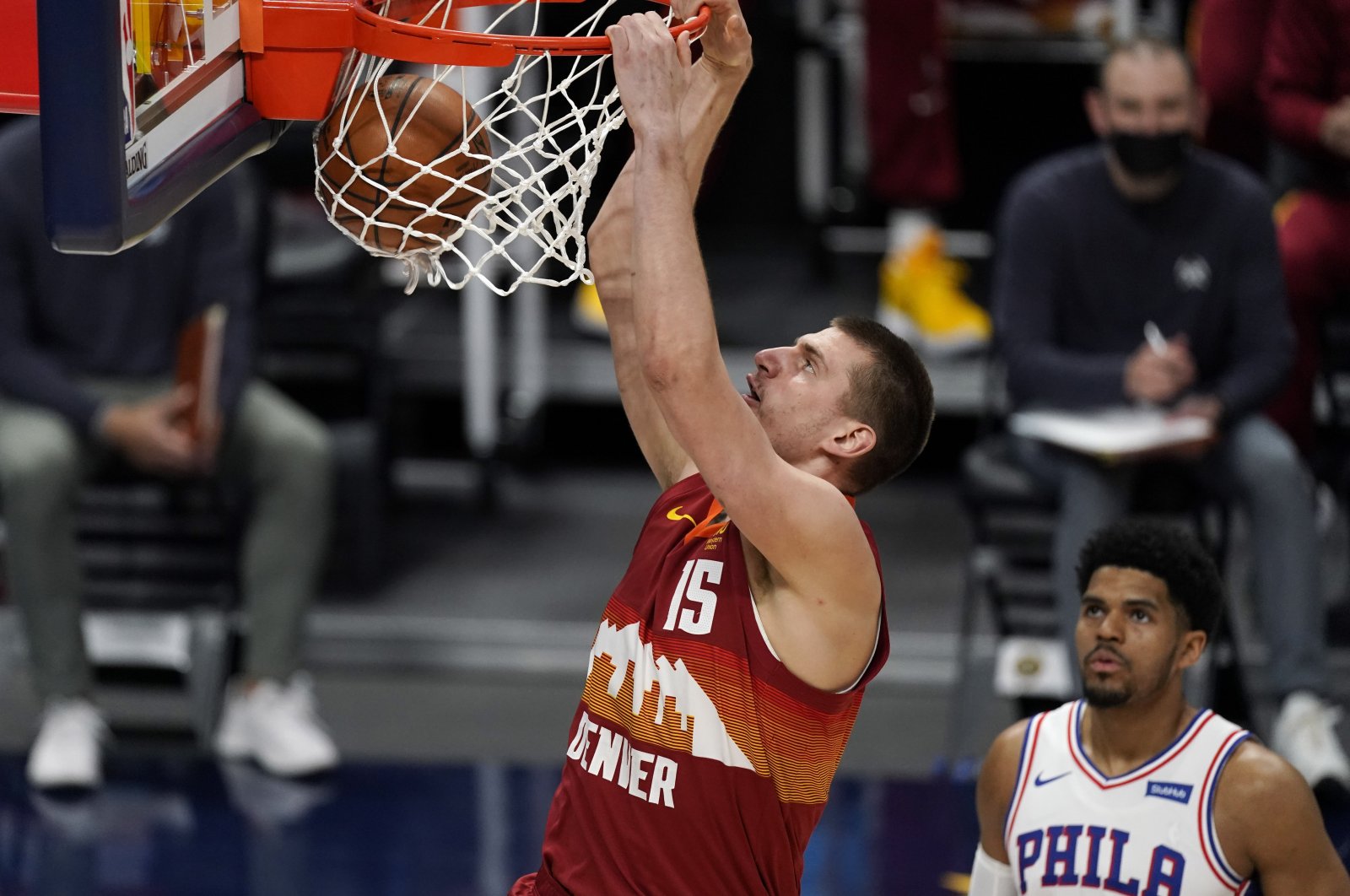 Jamal Murray scored 30 points as the Denver Nuggets put on a show for returning fans on Tuesday with a 104-95 defeat of the Eastern Conference-leading Philadelphia 76ers.

Murray's haul included five-of-11 3-pointers in a one-sided victory for the Nuggets, who roared into a 44-22 first quarter lead at Denver's Ball Arena and never looked back.

Michael Porter Jr. had 27 points with 12 rebounds while Paul Millsap (10 points) also chipped in with a double-digit performance off the bench.

Denver's third straight victory, which followed wins over the in-form Atlanta Hawks on Sunday and the New Orleans Pelicans last week, leaves them in fifth place in the Western Conference with 29 wins and one loss.

The game was watched by a crowd of just over 4,000 fans, mostly frontline workers and first responders. It was the first time fans have attended a Nuggets game since the Covid-19 pandemic erupted last year.

In on-court remarks following the win, Murray said the support had swept Denver to Tuesday's victory.

"We missed you guys so much," he told the crowd. "You guys bring a whole different energy to the game. Every time the fans are in the building it gets to me, I get a little excited.

"When we're into it and the crowd's into it, we're a hard team to beat. We haven't had a home-court advantage in over a year."

- 'Running in quicksand' -Nuggets coach Michael Malone however was unhappy that his team allowed the Sixers to creep within six points late in the fourth before finally pulling away.

"I'm getting tired of watching us build big leads, play the right way, and then just for some reason relax and allow the game to become more interesting than it should have been," Malone said. "We have to somehow develop a killer instinct."

Jokic admitted the Nuggets' concentration had strayed towards the end of the game.

"We didn't have the focus to finish the game," he said. "We thought it was going to be easy. We had a big lead and started playing loose. We won the game which is the most important thing but we need to have better focus."

The Sixers meanwhile were left reflecting on a second straight loss following their 10-point defeat to the Los Angeles Clippers last week.

"It was one of those games where it looked like we were running in quicksand," Sixers coach Doc Rivers said afterward.

"They attacked us early and we never really recovered from it.

Elsewhere on Tuesday, the Los Angeles Clippers saw their six-game unbeaten streak halted with an upset home loss to the Orlando Magic.

Kawhi Leonard's 28-point display was not enough to stop the Clippers from slumping to a 103-96 defeat against an Orlando side that relied on big contributions from the bench, with Terrence Ross (15 points), Otto Porter Jr. (13) and Mo Bamba all making double figures.

In Arizona meanwhile, the Phoenix Suns were 117-110 winners over the Atlanta Hawks.

Devin Booker finished with 21 points for Phoenix while team-mate Deandre Ayton had 13 points and 14 rebounds.